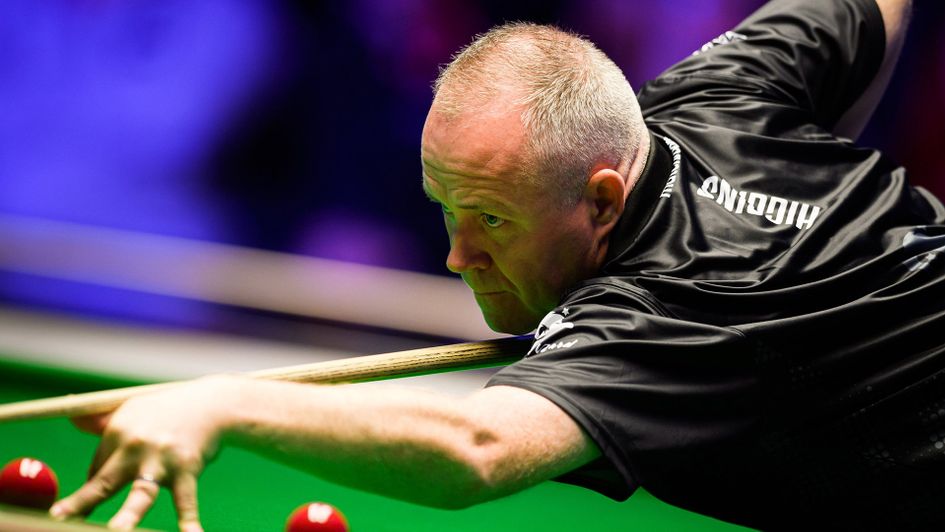 John Higgins in action in Bolton

John Higgins continued his fine start to the season with a resounding 6-1 victory over Ronnie O'Sullivan at the Champion of Champions.

On what may prove to be a significant day for the Scot, Higgins first came through a final-frame decider to beat Ding Junhui, and then moved through the gears in a near-flawless display to again get the better of O'Sullivan.

Higgins had edged past the Rocket at the English Open, only to lose a tight and dramatic final to Neil Robertson and declare his best snooker to no longer be good enough come the crunch. This time, O'Sullivan could not extend the game long enough to test Higgins' temperament, though there were no issues earlier as he got the better of Ding 4-3.

Come the evening, the story of an eagerly-anticipated match was one man making mistake upon mistake, the other capitalising. In that sense this was vintage Higgins, and he will head into the weekend of another big event with eyes on the title and reward for his form.

Next will be a clash with Yan Bingtao, who beat Higgins for the Masters title just under a year ago.

"Delighted, 6-1, to beat Ronnie," said Higgins. "I felt I was hitting the ball a lot better tonight. I played better."

Asked to revisit his comments from the English Open by pundit Stephen Hendry, Higgins confessed to having got somewhat carried away.

"Maybe half heat of the moment, half belief," he said. "You know yourself, you're disappointed (to lose tight finals). Come back here, beat Ding, and then going against Ronnie, I'm delighted.

"I feel 10 times better (than in the spring). (Weight loss) has helped me mentally, although the two final defeats wouldn't suggest that! I'm feeling good about my game just now."

O'Sullivan, who missed a simple pot when set to level at 2-2 and was on the back foot thereafter, now heads to the UK Championship where he faces Michael White in the first round.

"He was too good, and I didn't do enough when I had chances," said O'Sullivan. "I was missing so many balls.

"He always seems to play good stuff against me. I know I need to be at my best, and I wasn't tonight. I missed a few opportunities, but I don't think I was cueing well enough tonight.

Asked if Higgins would win more major titles, O'Sullivan added: "You'd think so, but it's going to be a different game against Yan.

"It's the younger ones that have got nothing to lose, they're the hard games. It's not me he's got to worry about, it's the others. He's got to do it against them if he's going to start winning titles."