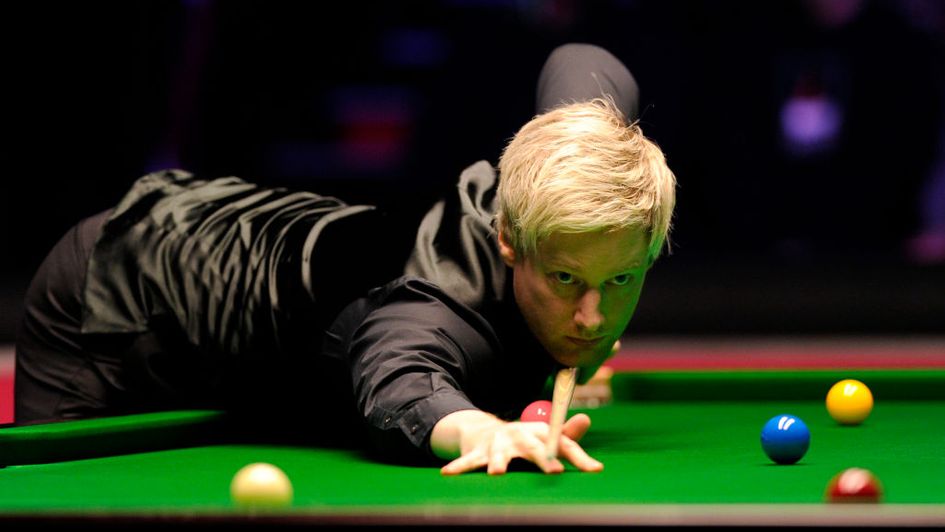 Neil Robertson has revealed his wedding dance made him more nervous than any snooker match ever has, as he prepares to head to York for the defence of his UK Championship title.

Australian star Robertson married longtime partner Mille Fjelldal in the summer, meaning a postponed start to his season. Typically he soon made up for lost time, superbly claiming the English Open crown earlier this month.

Reflecting back on his August wedding in London, Robertson said: "I've never been more nervous in my life. It was the dance. Mille had a huge dress and I was so paranoid of tripping over it.

"For some stupid reason I went on YouTube and I was looking up wedding fails, the foundations collapsing from underneath or something like that. 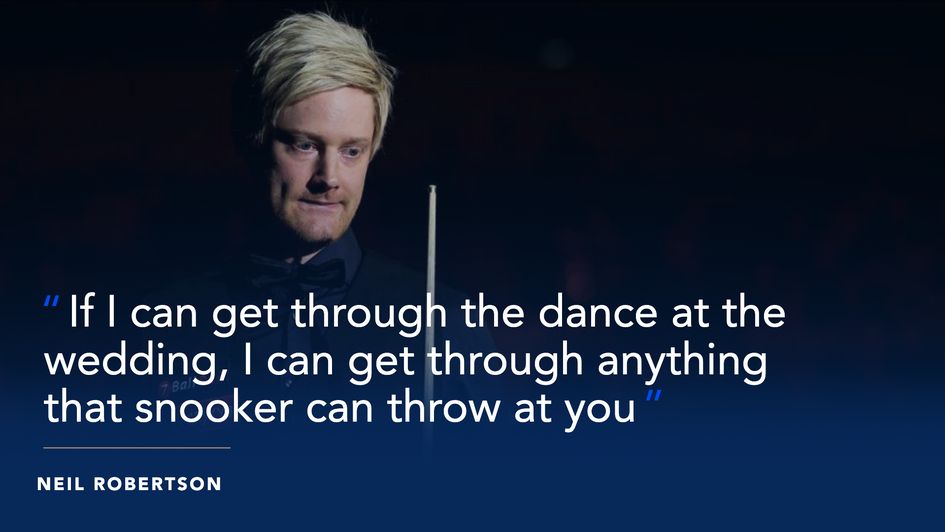 "Honestly, it was the best day of our lives. We were so lucky it could go ahead, it was amazing. The only downside was obviously that more family couldn't come from Australia, but other than that everything was wonderful.

"I didn't really get marriage, I didn't really want to get married. I thought, oh God it's so expensive. I was like, do we really need to be married, we've been together so long? But then on the day, I really kind of got it."

Robertson's career has been an outstanding one, with his UK success last December the third time he had won the sport's biggest ranking event outside the World Championship.

The 39-year-old did so in quite extraordinary circumstances too, almost falling over the line to win 10-9 against Judd Trump at one o'clock in the morning in a tournament played behind closed doors in Milton Keynes.

Even now, Robertson can hardly believe the events of that night, which he ranks as more dramatic than the fabled climax to the 1985 world final, when Dennis Taylor beat Steve Davis on the final black.

"I think it had absolutely everything a match could have," Robertson said. "The drama of the ending made it better (than 1985). We were both sort of snookering each other. I'd come out of a snooker and snooker him back, he'd come out of a snooker and snooker me back, there were literally inches a few times for both of us (between) winning and losing that final frame.

"Judd's pulled off some unbelievable pressure balls, like the green down the rail with his opposite hand. He was perfect on the brown and I was like, just get your runners-up speech ready, be as humble as you can be, just praise him, don't say anything you're going to regret.

"But all of a sudden he played the brown terribly and I think, hang on a minute. Then he's potted a great blue and I'm like, get the runners-up speech ready, shake his hand, big smile. But he missed the pink and I was like, ahhhh (screaming).

"Then you've got to come to the table really calm, then triple check the scoreboard, then pot the pink. I knew I only needed the pink. It was silence. You pot a big match ball, a tournament winning ball like that and you expect raahhh (roars). It was like, just relief. That's what it was, just complete relief.

"You think you're probably going through a big buzz of excitement, but it's more relief than anything, that it's over, because the pressure is incredible. And any player that says, 'oh no, the pressure isn't that bad'... it's almost unbearable at times." 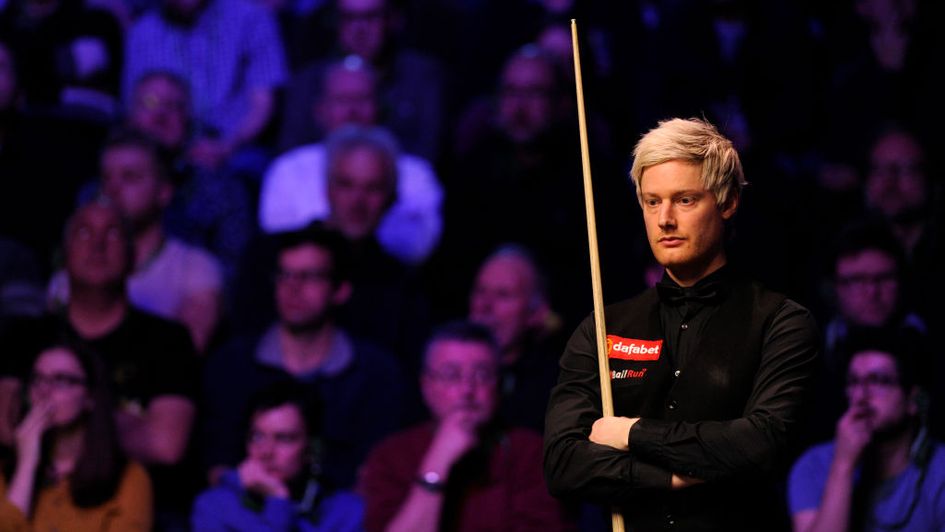 Robertson has enjoyed two tournament wins in 2021. He stormed to the Tour Championship title in March, seeing off Ronnie O'Sullivan 10-4 in the final. And he dug deep at the recent English Open, coming from 8-6 behind to defeat John Higgins 9-8. That was his 21st ranking event victory, putting him ahead of Mark Selby in the all-time standings.

He is naturally delighted to have put a trophy in the cabinet already this season, especially after missing the summer events. And Robertson, who plays John Astley in the first round on Thursday, is now ​relishing the prospect of the UK Championship being played in front of fans again and returning to York's Barbican after a year away due to the coronavirus pandemic.

"It's an amazing feeling to win a tournament so early in a season," he added. "That's what you're looking for as a top player, you want to get your first win out of the way really early and then you can build on that throughout the season.

"I found something from somewhere in that final against John, and played my best snooker towards the end of the match.

"In the bigger picture, it was great to see so many people cheering and being happy and really enjoying themselves at snooker. Sport is back.

"The crowd at York is always awesome. Usually that tournament brings a lot of people from around Europe that come over, book a couple of weeks away because York is a beautiful city. I'm looking forward to it."