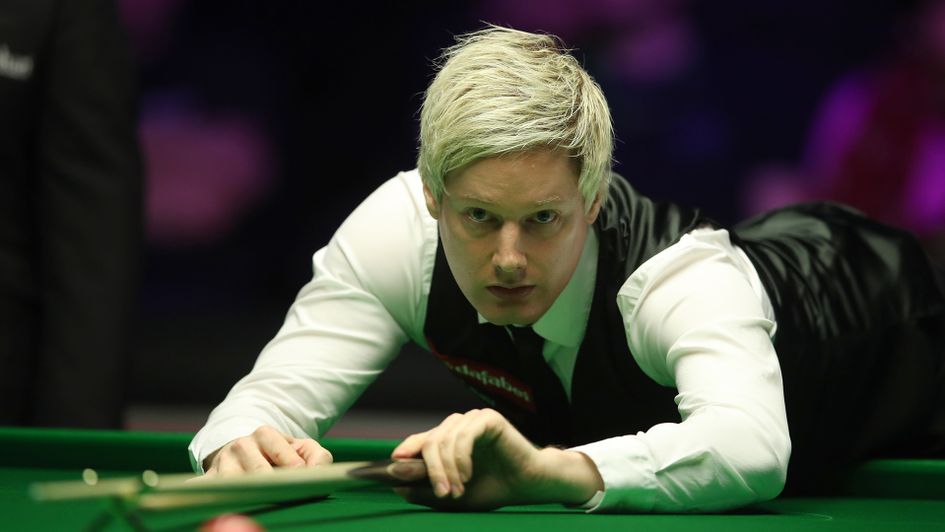 Neil Robertson was the last man standing at the UK Championship after coming through a gruelling encounter with Judd Trump, eventually prevailing 10-9.

Despite the match producing four century breaks, it was one that proved hard work for both players at the end of a two-week tournament which came immediately after the Northern Ireland Open. It is to Trump's great credit that he was able back up that Home Nations success with another gallant run, one that ultimately finished in defeat.

The day began something akin to a game of chess as both players prodded and probed for weakness and Trump would have been relieved to end the opening session all square, a stunning clearance of 128 in frame eight setting the scene perfectly for the evening session.

💯 Judd Trump and Neil Robertson shared three tons this afternoon and they cannot be separated ahead of tonight's concluding session.

🍿 The pair will resume at 7pm locked together at 4-4.#UKSnookerChampionship pic.twitter.com/KBxvdVY5H1

There was never more than a frame between the pair throughout that opening session, despite Robertson making a pair of century breaks, and that theme continued into the evening as the magnitude of the occasion hit home and both players became bogged down in some unusually long safety exchanges.

Having edged into a 7-6 lead, Robertson threatened to take control when building a healthy advantage in frame 14, but Trump fought hard and having rode his luck when escaping from a couple of snookers, drew level once again after laying a couple of smart snookers himself.

Just as the match threatened to descend into a complete dogfight, the contest suddenly sparked into life. After Trump inched back in front thanks to a series of aggressive pots in the 15th frame, Robertson responded by compiling his third century of the day, a sublime total clearance of 115 taking him past the record for the number of century breaks in a single UK Championship.

This time it was Trump's turn to respond and he duly did by dominating frame 17 thanks to runs of 53 and 42 to put himself within a frame of victory, only for Robertson to somehow steel himself and force a decider. A nerveless, brilliant brown paved the way for a clearance of 72 after Trump had broken down on 48 when seemingly on course to cross the winning line.

🏆 Neil Robertson clears the table to force a deciding frame in the final of the UK Championship.#UKChampionship pic.twitter.com/DR7gEbXCwJ

After missing from distance, Trump would have feared the worst in the deciding frame when Robertson was afforded the first chance, but as the balls went awkward, so did the frame, which had now crossed the hour mark, until the Australian was finally handed another opportunity when Trump couldn't pot from distance.

Robertson was soon within a few pots of securing his third UK title, but handed Trump a lifeline himself by missing a simple red. The world number one then worked his way into a frame and match-winning position before overcutting the final pink with only two pots needed for victory.

Robertson held his nerve to pot the pink, a puff of the cheeks signalling the end of a match which had clearly left both players physically and mentally shattered.

I bottled it - Trump

“It was a titanic struggle, we both refused to lose. It wasn’t the greatest quality, but sometimes finals are so bad they are good," said a relieved Robertson.

“To beat Judd, who is the best player in the world and has been so consistent in finals over the last few years, it’s up there with anything I have achieved before.”

Trump called the encounter an “epic battle” but admitted it was “tough to take” the defeat.

“I bottled it at the end, simple as that. I had an easy brown to screw back, I tried to stun it as I was under pressure, but I messed it up,” he told World Snooker Tour.

“The pressure got to me. Neil is an amazing player and thoroughly deserved the win. Hopefully I can learn from that.”