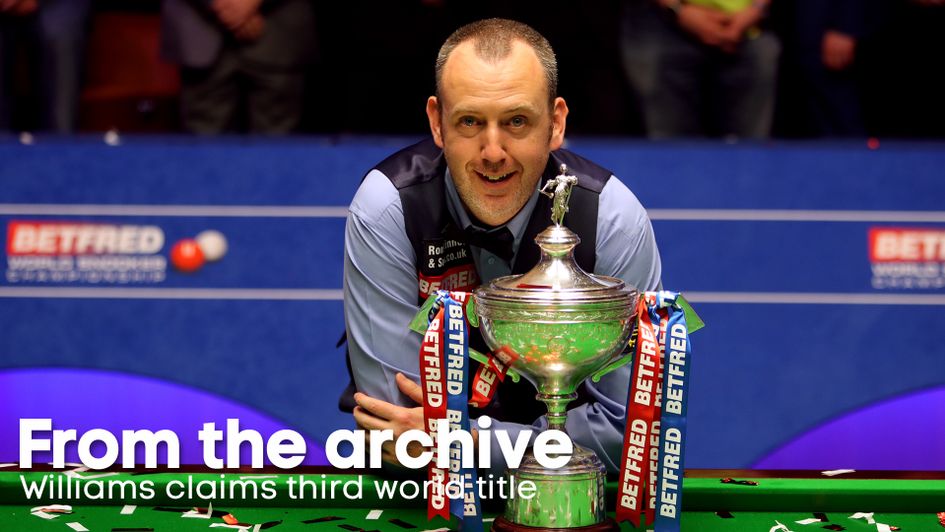 Mark Williams withstood an incredible fightback from John Higgins to land his third Betfred World Championship title on May 7, 2018 - and then stripped off in celebration.

Mark Williams won the World Snooker Championship for the third time in his illustrious career after resisting a fearsome fightback from John Higgins to eventually prevail 18-16 at the Crucible Theatre in Sheffield.

The Welshman, 43, became the oldest winner at the Crucible for 40 years and came good on his promise to hold his press conference naked - although he wore a towel to protect his modesty.

🤣 Throwback to when Mark Williams stripped off after winning the 2018 World Championship@markwil147 pic.twitter.com/XRZNjDX6nd

Williams, who triumphed 15 years after his second title in South Yorkshire, was roared into the media room and said: "Cold in here, isn't it!"

Higgins had battled back from 14-7 behind to level at 15-15, feasting on mistakes from his opponent, putting the Scot seemingly on the march to glory and Williams in turmoil.

Back came Williams, and a century break to go one frame away from victory suggested his nerves had settled.

But at the moment when he stood on the very brink of victory, Williams twitched, missing a pink that was match ball. Higgins had not expected another chance but came back to the table and cleared up with a 65 break, vintage snooker from the four-time champion.

Williams needed another chance and gave himself one early in the next frame. This time Williams made no mistake, a break of 69 leaving Higgins needing three snookers, and finally the Scot was beaten, for all he had played his part in one of the greatest Crucible finals.

Ray Reardon was 45 when he won in 1978, and his fellow Welshman Williams is the oldest man to get to grips with the trophy since.

Williams, previously champion in 2000 and 2003, had lost to Grimsby's Stuart Carrington in the final round of qualifying in 2017.

He spent the time he would have been in Sheffield "away in my caravan, getting drunk and watching it on TV", even missing the tournament's 40th anniversary celebrations for which he was the only absent living winner.

Then he regained his sport's most coveted trophy.

And despite describing the Crucible theatre as a "s**t hole" just six years previously and suggesting the World Championship should move to China, Williams was plainly thrilled to be king of snooker's most famous arena once again.

He led 10-7 overnight and soon stretched that to 14-7, Higgins potting just 31 points over the four frames.

At that stage the Welshman had a slim chance of winning with a session to spare, but Higgins had other ideas and won three of the afternoon's remaining four frames to reduce his arrears to 15-10.

🏴󠁧󠁢󠁷󠁬󠁳󠁿 The 43-year-old defeats John Higgins 18-16 in an epic #Crucible final that will live long in the memory!

🏆🏆🏆 It's his third world title and first since 2003, which was also the last time he reached the final! pic.twitter.com/9DQDxjfELT

Higgins first won the title 20 years ago, and he dearly wanted to move level with Ronnie O'Sullivan, who has remained stuck on five Crucible triumphs since 2013.

He started his evening's work with a 131 break, his fourth century of the match, swept in a 67 clearance in the next frame and then a run of 82 to close to 15-13. The 42-year-old from Wishaw swept through the next two frames too, and incredibly he was level.

Williams, who as a teenager was a keen amateur boxer, looked stricken but bounced back off the ropes, stopping the rot by nudging back in front and then firing a break of exactly 100 to move one away from victory.

Huge twists were still to come but Williams got the job done.

He said afterwards: "It's unbelievable. Twelve months ago I wasn't even here. I watched it in a caravan. To play John in a final is an experience in itself. I'm over the moon."

Williams thanked wife Joanne for convincing him to keep playing when he contemplated quitting last year. 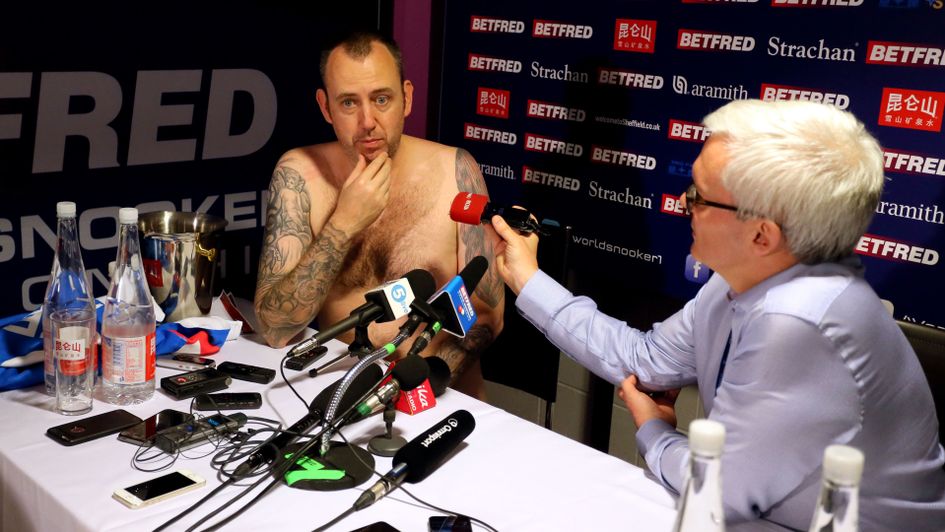 Mark Williams: World champion and a man of his word

Crucible champions through the years