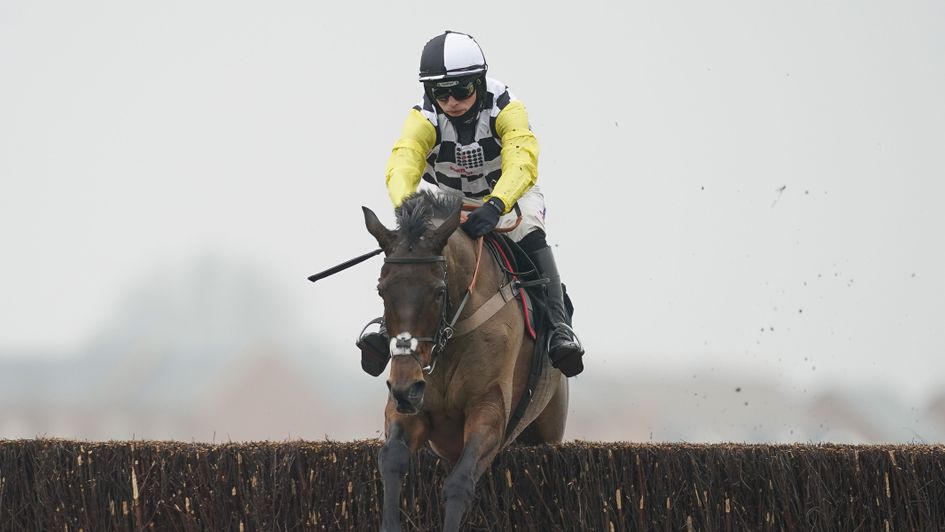 Next Destination clears the last at Newbury

Paul Nicholls upbeat over Next Destination credentials for Betfair Chase

Paul Nicholls is already the most successful trainer of all time in the Betfair Chase and hopes that the progressive Next Destination can give him a seventh success in the first Grade One contest of the British jump season on Saturday.

Owned by Malcolm Denmark, the nine-year-old gelding was a dual Grade One winner over hurdles in Ireland for former trainer Willie Mullins before joining the UK’s 12-times champion trainer last summer.

He is one of eight declared runners for Saturday’s Haydock contest, which takes place over an extended three miles and a furlong. Harry Cobden takes the ride.

Nicholls said: “He did his last bit of work this morning and is in good shape. We are looking forward to the Betfair Chase on Saturday.

“He was a Grade One winner over hurdles when he was with Willie. He joined us in June last year and we started him off at Wetherby in October when he was second over hurdles.

"He ran very well that day and then he won a Grade Two novices’ chase at Newbury on his chasing debut on good ground. He then won again at Warwick after Christmas on soft ground before running well to be second to Galvin in the National Hunt Chase at Cheltenham. He has good form and is progressive."

Reflecting on his Cheltenham performance (free replay below), Nicholls believes his stamina was not brought into play early enough and hopes that the demands of the Betfair Chase will suit his charge.

He continued: "At Cheltenham they went no gallop and it was a bit of a sprint from the back of the last.

"We could have done with making a bit more use of him so there would have been a bit more emphasis on his stamina. In Saturday’s race, being a Grade One, they always go a great gallop and being nearly three and a quarter miles you need stamina, which he has bundles of, so it should be ideal for him.

"He has won on good ground and on soft ground. When there is an emphasis on stamina, you would want the ground like it was last year (heavy) but the Good to Soft ground should suit everyone this year and there should be no excuses. You just have to deal with what you’ve got on the day and as long as it’s not quick ground we should all be happy.

"He won over two seven at Newbury and over three miles at Warwick. We couldn’t make our mind up which race to go for at Cheltenham – the Brown Advisory or National Hunt Chase. He’s a class horse stepping up out of novice company into Grade One company and Saturday will tell us where we are.

"He’s a second season chaser and has been plagued by injuries so you wouldn’t want to be running him every week. We’ve looked after him and without having had the time off, he probably would have been running in races like this two years’ ago. He has a huge engine and if all goes right he remains an exciting prospect. Saturday’s race is a stepping stone to the future which will tell us a lot more about him.”

This year Nicholls has been very happy with Next Destination’s progress and is looking forward to getting him back on the racecourse.

He continued: “He had an away day at Exeter where he did a piece of work over two miles at Exeter with Saint Calvados, Simply The Betts and Rouge Vif plus a couple of others who ran last weekend, so he’s had really good preparation, much easier than last year, and we are not worried about that. He is ready for his life and won’ need he run I assure you.

"He is a high-class horse with good form. Kauto Star was obviously a one-off and I’d look on him more as a Silviniaco Conti – an out-and-out stayer who gallops forever and jumps nicely. Saturday’s race will tell us where we go afterwards. He’s not in the King George as Kempton would be too sharp and is the wrong track for him. I put him in the Welsh National this week and hopefully he’ll run well on Saturday and we can consider a Gold Cup entry for him.

“Hopefully, he’s still progressing but we will know an awful lot more after his run on Saturday.” 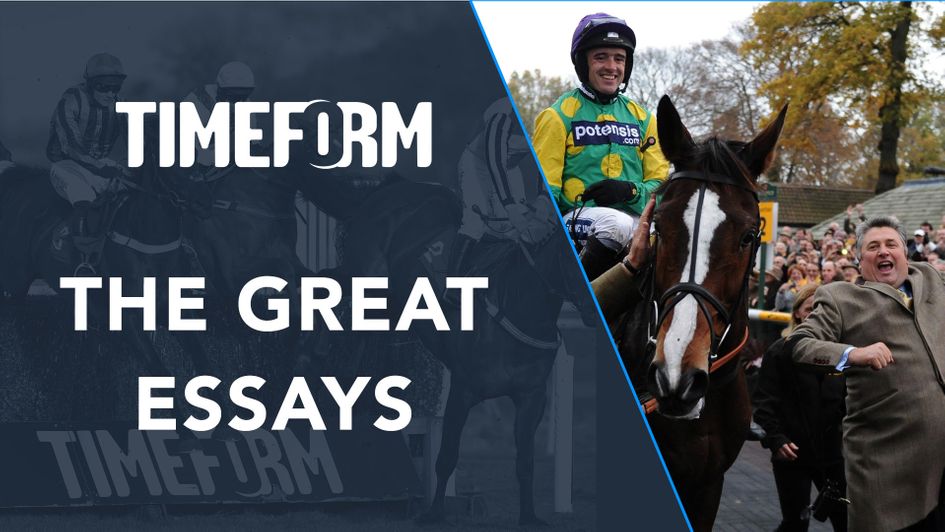 Explaining the importance of the Betfair Chase and assessing the 2021 renewal, Nicholls concluded: “The Betfair Chase has been a brilliant race for us and we have won it six times with Kauto Star and Siliviniaco Conti. It is a proper race with good prize money and we love supporting it by having runners. We would obviously love to win it again.

“Every Betfair Chase is always a good race. You have last season’s novices coming into it against the older horses. I wouldn’t say this year’s race is any stronger than any other years. Obviously there is A Plus Tard in there who was second in the Gold Cup last season but we saw the Gold Cup winner (Minella Indo) get beat at Down Royal.

“It’s a long way from Cheltenham – a different course and different time of year. A Plus Tard is the one to beat on form as Minella Indo was the other day at Down Royal. It’s an interesting race with some nice horses – I think Waiting Patiently is very interesting on his first start for Christian (Williams) and our fella coming from novice company. It’s a good race as you would expect it to be."

🎧 LISTEN: Weekend preview!@halo_straight looks ahead, including the latest from @PFNicholls on his stars...

The ground at Haydock Park remains 'good to soft' on the Chase Course and 'good to soft, good in places' on the Hurdle Course.

Kirkland Tellwright, Clerk of the Course at Haydock Park, said: “We have been dry for the past 24 hours. It remains overcast, on the threshold of drizzling and we might get a bit of a drizzly shower this afternoon.

“Nothing much is changing and we are in a really good place. I don’t think it is going to change between now and Saturday.”