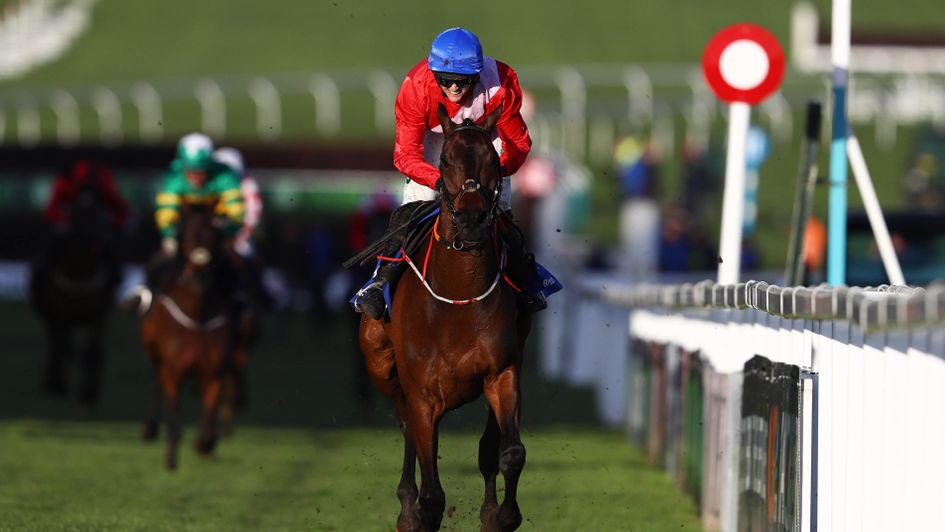 A Plus Tard is a cut above his Cheltenham rivals

Bristol De Mai faces seven rivals in his quest to earn a record-equalling fourth victory in the Betfair Chase at Haydock on Saturday.

There is strong opposition, including Henry de Bromhead’s A Plus Tard, who makes his first appearance since filling the runner-up spot behind stablemate Minella Indo in last season’s Cheltenham Gold Cup. He is Betfair's 6/4 market leader.

Chatham Street Lad, trained by Mick Winters, is the other Irish-trained contender.

A final field of 8⃣ declared for the 2021 Betfair Chase at @haydockraces on Saturday pic.twitter.com/tM4ajo8Bz8

Paul Nicholls, who has won the Betfair Chase on a record six occasions, saddles second-season novice Next Destination.

Waiting Patiently has not won since beating Cue Card in the 2018 Ascot Chase, but Christian Williams has been positive about his well-being ahead of his first start for the yard.

The Venetia Williams-trained Royale Pagaille won the Peter Marsh Chase by 16 lengths over the course and distance last season and returns to Merseyside this weekend.

The field is completed by Clondaw Castle (Tom George) and Imperial Aura (Kim Bailey), with Native River the only withdrawal at the 48-hour final declaration stage.

🎧 LISTEN: Weekend preview!@halo_straight looks ahead, including the latest from @PFNicholls on his stars...

Betfair spokesperson, Barry Orr, said: "It’s shaping up to be a real cracker and punters are backing A Plus Tard to give Ireland a first victory in the race and thereby deny Bristol De Mai a record-equalling fourth win in the race.

"It’s a vintage renewal made all the more interesting by the continued support for A Plus Tard, who is now 6/4 from 13/8.

"Three time winner Bristol De Mai is steady at 10/3 while the real springer in the field has been Waiting Patiently. He is now just 11/2 having been backed at 8/1 and bigger in the antepost market."