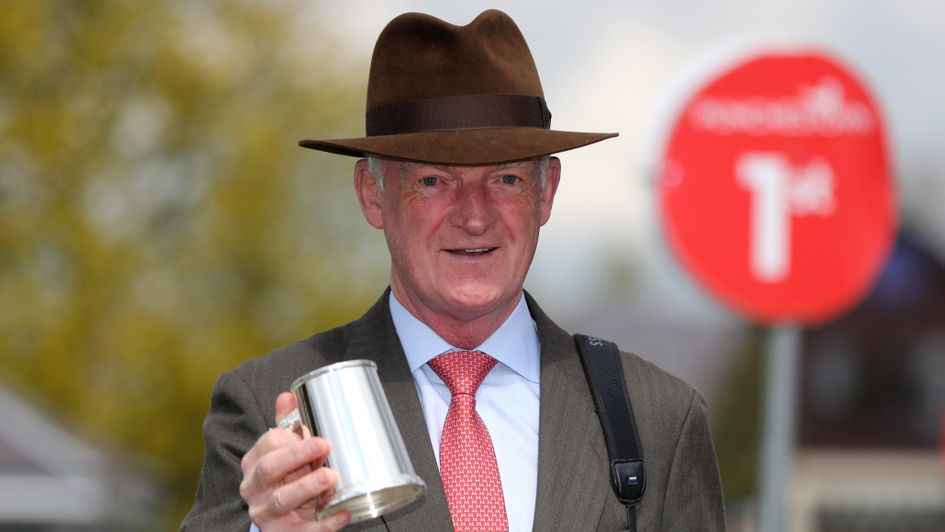 Snared a big three-mile handicap at Punchestown in May and arrives here fit from a couple of very solid efforts in defeat this autumn. Not obviously well handicapped but will enjoy conditions if there isn’t much rain around in the build-up and his race-fitness could count for a lot.

Lightly-raced and unexposed staying chaser who has won all three completed starts in this sphere. They’ve all come on heavy ground, something he handles well, but too early to be pigeon-holing him when it comes to underfoot conditions and this sort of stamina test on a galloping, left-handed track could be right up his street. A BHA mark of 154 is no gimme, though strong sense that his best days still lie ahead and very hard to rule out of calculations. 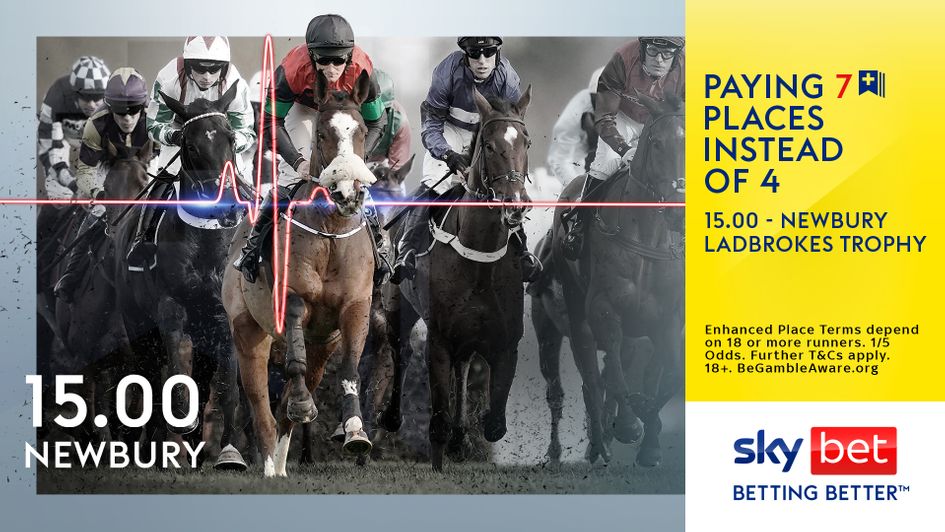 Took advantage of a good mark (136) to win this race last year but really did get the job done in great style from a prominent position throughout, and proved it no fluke at all with subsequent success at Kelso in March. Pulled-up when struggling with breathing issue having been sent off 11/2 favourite for the Grand National and, following corrective surgery, made a pleasing start to the new campaign when fourth at Cheltenham last month. Eased 2lb for that but still 13lb higher than 12 months ago and likely there are better-treated rivals in the race. Conditions look good for him again, though.

Didn’t quite live up to reputation as a hurdler (often touted for major prizes in the spring) but made a good start to life over fences last season and has held his form well in the face of some stiff assignments. Has looked as good as ever in two most recent starts during September and October, pushing Galvin close in a three-mile Grade Three at Punchestown last time out, and seems likely to get optimum conditions here. Could represent the best value among the Mullins-trained trio, if not the race as a whole.

Was beginning to look a little bit frustrating as a chaser but broke his duck in this code with a very stylish and improved performance in last month’s Munster National at Limerick. Hit by the handicapper as a result but trainer pulled off the same double with Total Recall a couple of years ago and he looks to possess more than a touch of class for a race of this nature. Well found in the market now, admittedly.

Matched the pick of last year’s novice form when making a successful reappearance in a traditionally good two and a half mile chase at Carlisle late last month, where his stamina really came into play late on. Sure to appreciate the return to three miles here and he looks competitively handicapped without looking thrown in from a mark of 150.

A real model of consistency for his upwardly mobile training operation and put in another creditable effort when second in the Charlie Hall Chase at Wetherby. That placing has to be taken in the context of wide-margin leader Shan Blue’s fall so hard to go overboard, but conditions will be fine and he’s evidently quite closely matched with Enrilo and Potterman on their Sandown running on the final day of the season in April.

Stable yet to really catch fire and he has some pretty significant questions to answer, not least the merit of his current handicap mark. He was eighth in this two years ago off 9lb higher so has been cut a little slack, in fairness, and the comeback run at Chepstow was his first appearance since a fall last November, but remains opposable on balance.

Can be very good on his day and worth remembering he’s still only eight so likely to have more big moments ahead of him. Inconsistency is an issue but it does mean the assessor has had to cut some slack so he comes here off a 2lb lower mark than when unseating rider early on as a 16/1 shot last year. Two runs this season have offered little in the way of encouragement, though, and might be better off when returned to a right-handed track.

Hopes were very high coming into last season, having won three of his five chase starts as a novice, but he wasn’t the only one from his yard to have a bit of a nightmare and, after pulling up in this race (12/1), ended up back over hurdles competing in handicaps (without success) at Chepstow and the Cheltenham Festival. Has tended to need a run to sharpen up and he’s still only 4lb lower in the ratings than this last year, so possibly one to watch for the time being. Could be a Welsh National/Aintree type if back to himself.

Running off 148, he’s 6lb higher in the weights than when unseating Tom Cannon in this last year but was quietly fancied (11/1) then and went on to be awarded the bet365 Gold Cup at Sandown in the spring, form which brings him close to Enrilo even at the revised weights which favour the Nicholls runner. He’s race-fit after another good effort in the Badger Beer at Wincanton (second again) and he’ll love top-of-the-ground conditions this weekend. He’s 2lb well-in and a solid each-way candidate.

Looks to have crept into this on a dangerous handicap mark and the negatives with him are few and far between, having won around this course in a novices’ handicap in February and the fact he’s seemingly versatile ground-wise. Hard to argue he wasn’t the moral winner of the bet365 Gold Cup at Sandown (was demoted after causing problems for rivals Potterman and Kitty’s Light on the run-in) and he’s only 4lb higher here. Trainer knows what’s required and must have had a list of potential candidates as long as his arm for this race when first weighing it up.

Hints of the same owner’s Native River about him, being a dour stayer who likes to get his toe into deep ground. That might be a genuine concern this weekend with not much rain in the forecast (watering the track), but there was loads to like about his prep run over hurdles at Aintree earlier in the month and jumping likely to keep him in the contest for a long way.

Owner’s runners always worth a second look in the most valuable handicaps and he’s the only one which is interesting enough in its own right. Beaten 24 lengths on seasonal return last season before winning a novices’ handicap chase at Aintree less than a month later so dangerous to read too much into his weak comeback effort at Bangor this month. The problem with the timing of that race is that the Newbury weights had been published so he’s consequently 3lb wrong running off his ‘old’ mark this weekend. Definitely one to consider for a nice prize this season, but hard to believe he’ll land on this one.

Sense he’s going to need some surprise rain showers to be seen as his absolute best here as he was clearly tapped for toe when fourth behind Cloth Cap on good ground last year. Did put up a fine effort on decent going when narrowly denied by Definite Plan (well beaten since) at Cheltenham last month and he’s also quite fairly handicapped again at the moment, but others look far stronger for win purposes.

Gets in here off an attractive mark having been lightly raced in the second half of last season, finishing second to Remastered in the Reynoldstown when last sighted in February. Had undergone breathing operation heading into Ascot and again finished a little tamely, but was progressive early last season and fresh after a layoff might not be the worst time to catch him. Likely to enjoy chasing a strong pace and easy to see him going well for much of the contest, but final couple of furlongs might ask too much of him in this sort of company. 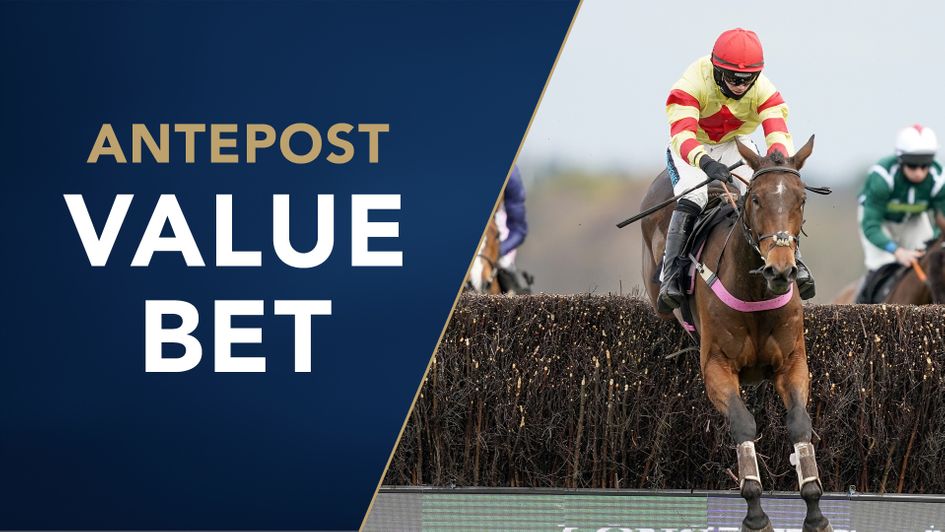 Another horse who has won first time out a couple of times in the past so coming straight here probably not the negative some may generally consider it to be. Runs off the same mark as when second to Mount Ida (winner again since) in the Kim Muir at Cheltenham in March and looks the type to be staying on when others have cried enough. Softer ground would probably play to his strengths, though.

Still only a seven-year-old but a really strong stayer and he handles testing ground better than most. Got back on an upward curve with back-to-back wins at Sandown and Perth in the spring and while his finishing effort lacked a bit of punch at Kelso last month, the run was entitled to be needed. Dropped 1lb in the ratings for that, leaving him just 5lb higher than for last success, but most likely he’ll simply come up short from a class perspective in a race as hot as this.

Has often struggled to put a clear round together and jumping is bound to come under the spotlight in this competitive contest. Not out of it from a handicapping point of view following 2lb ease on the back of his low-key reappearance run at Chepstow, but it’s going to take a significant career-best for him to even be a player in the finish here.

Tailed off on seasonal reappearance at Ascot last month but far too soon to be jumping to conclusions as he was blossoming in the spring and should have plenty more to offer over fences. Perhaps returning to a left-handed track will be to his advantage and, if getting into a rhythm early on, he could be dangerous to let loose given how well he jumps on the whole. Still 9lb higher than for Ayr win in April but second there, Mac Tottie, has won the Grand Sefton earlier this season and further improvement can’t be ruled out.

Has left the Paul Nicholls yard which isn’t a great starting point but new trainer Milton Harris enjoying a real renaissance and the change of scenery may spark something positive in this former Grade Two course winner. He pulled-up in this race last year but the whole campaign was a bit of a write-off really and he’s slipped back to a perfectly workable, career-low mark (135). Will take a leap of faith to side with him first time out but doesn’t look a lost cause by any means and may be a fraction underestimated in the market. Visor tried for the first time.

Enrilo clearly leads the way in terms of the British-trained runners here as he looks decidedly well handicapped on his novice form, goes well fresh and is proven at the course and on what promises to be ground not too dissimilar to last year when Cloth Cap bounded to victory for Jonjo O'Neill.

However, the Irish challenge is a serious one and, around 20/1, it could be worth an each-way bet on Willie Mullins' outsider ANNAMIX who has resumed in excellent heart this season having given Galvin a bit of a fright at Punchestown last month, the winner going on to finish a close second to King George winner Frodon at Down Royal.

At an even bigger price, and under a light weight, One More Fleurie is likely to appreciate underfoot conditions and could become a danger to all if getting into his groove out in front.