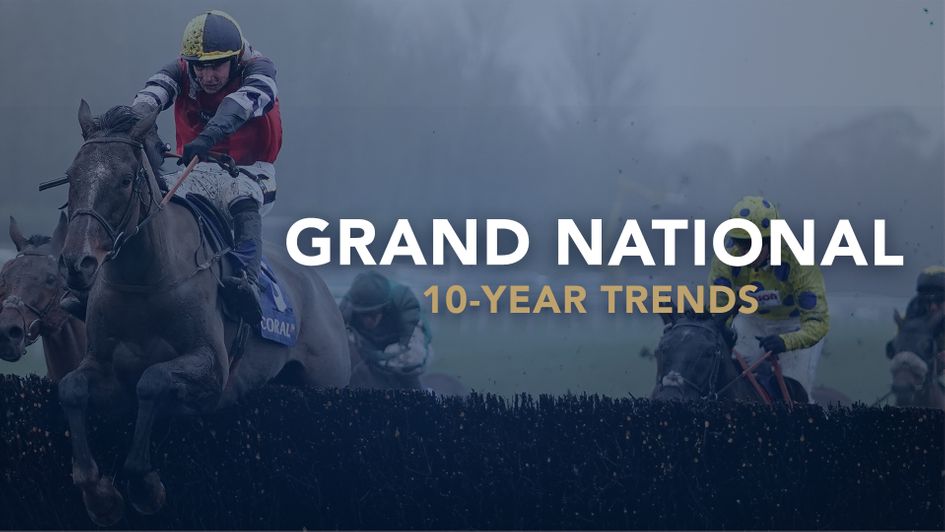 Can the 10-year trends help unravel the National?

Ben Linfoot looks through the last 10 Grand National winners to see who the recent trends point to ahead of the 2021 renewal at Aintree on Saturday.

As a punter I’ve always approached trends with a certain degree of scepticism. On the one hand if something keeps happening in the same race every year I’m intrigued – is there a reason for that? – while on the other I’ve always been loathe to rule out a horse on the basis of something that has nothing to do with them and their particular profile – e.g age. So what if no 12-year-old has won this race for 17 years? All those 12-year-olds that failed weren’t as lightly-raced as this one, were they?!

But some races lend themselves to trends and the Grand National is certainly one of those. If nothing else they can be useful to help in your own selection process – after all, we’ve all got 40 horses to go through. 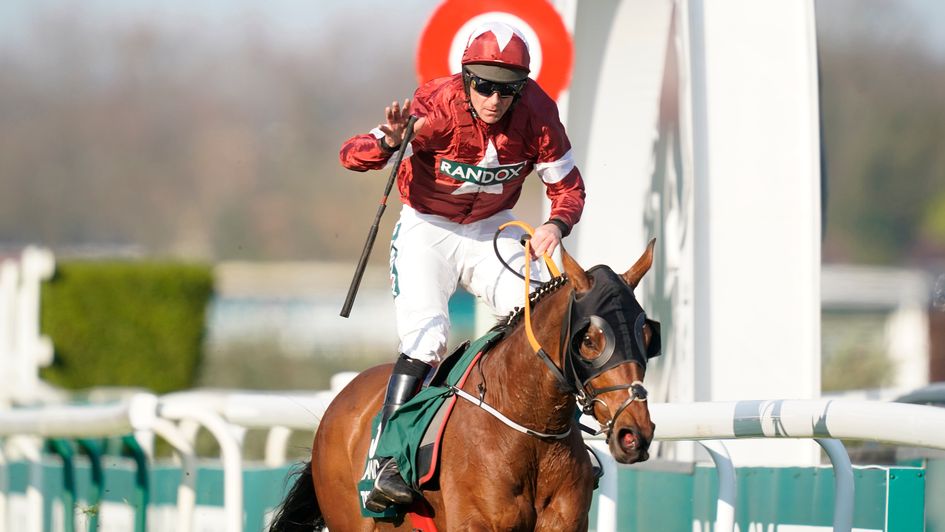 With the recent modifications to the start, the distance and the fences, the modern Grand National looks a very different test now to the Nationals of only 15 years ago. So, I’ve kept things simple and gone through the last 10 renewals, making a note of some key criteria that you can see laid out below.

From left to right we have the year, winner, age, sex, weight carried, official rating, starting price, record over the National fences, record at Aintree as a whole, days since last run and finishing position/race, number of career starts over fences, where they were bred, the furthest distance they had won over (and placed over, if different), and number of career falls over fences. 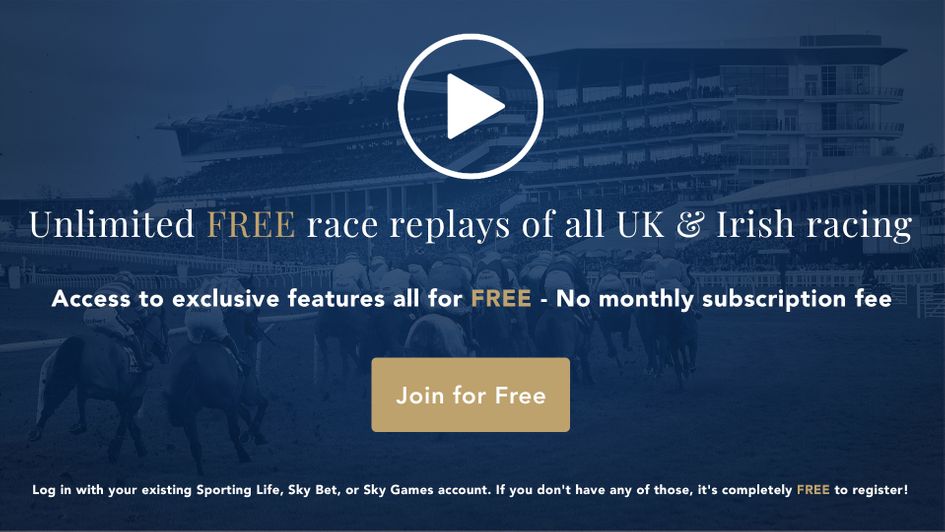 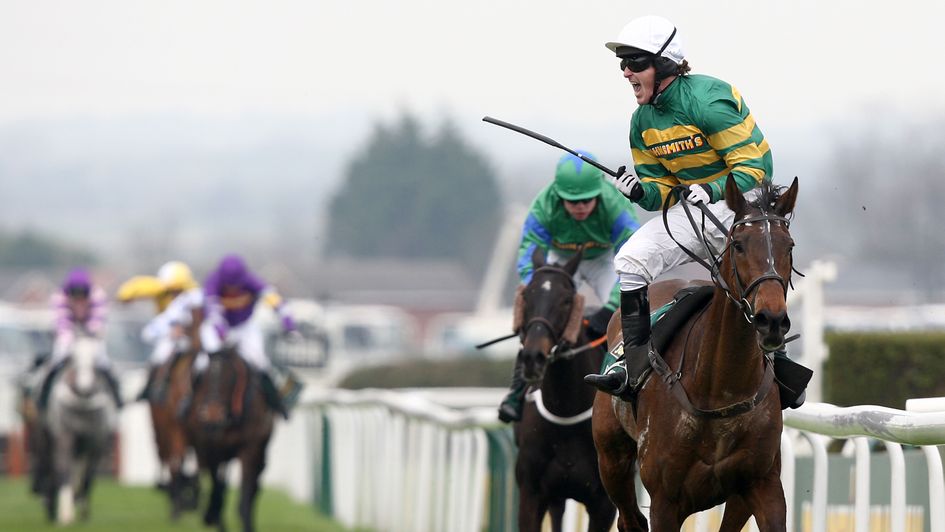 For the purposes of this piece - and coming up with a trends pick as well as a 1-2-3-4 - I’m not going to ignore any 10/10 trends so out go all the horses not aged between 8yo and 11yo inclusive and out go all the mares, as well. 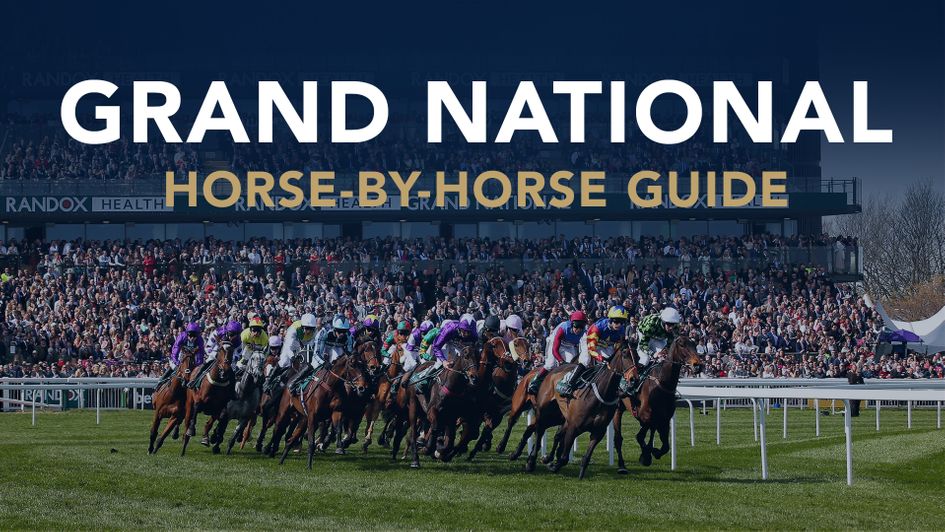 Despite the distance of the Grand National shortening to four miles two and a half furlongs the evidence suggests the race is more of a staying test than ever and I’m keen to lean heavily on the strong stamina trends. 10/10 had won over three miles or more…

Stamina – placed over at least 3m3.5f

I’m very keen to weed out the suspect stayers and the trend where eight of the last 10 winners had won or been placed over three miles, three and a half furlongs or further looks relevant. Only Ballabriggs and Many Clouds failed on this trend and applying it this year results in a mighty cull.

JOCKEY CAM: On board with Bristol de Mai and Daryl Jacob as they prepare for the Grand National

Official Rating – Between 148 and 160 inclusive

There’s another 8/10 trend I’m happy to apply and that’s the rating band of 148-160. Only Pineau De Re and Auroras Encore didn’t qualify from the last 10 winners here and most of those outside of that perimeter in this year’s renewal have already fallen short on other criteria. There is one, though…

We are left with:

I’m not keen on using the Days Since Last Run trend, even though 23-35 days resulted in an 8/10 score. It’s a very small timeframe of less than two weeks and a lot of horses missed out only by a week or two, so I’ll let it slide. If you were to apply it at this stage you are left with one horse – Cloth Cap (35 days off) – so feel free to back the favourite and walk away now!

Kimberlite Candy also makes the final four. He too hasn’t run at the meeting, but he’s a nine-year-old gelding, he's won over 3m5f in the Warwick Classic Chase, he's rated 153, he's Irish-bred, he has had 16 chase starts and has never won over the National fences, even if he has been second in two Becher Chases. We won’t hold that against him.

Ballyoptic comes out of the trends guide well even though he’s tackled the Aintree fences twice with little success due to a fall and an 11th. He is an 11-year-old gelding, has been placed in a Scottish National over four miles, has run at the meeting before, is only two chases out of the 10-16 bracket with 18 fencing starts and he’s Irish-bred.

But the trends pick is POTTERS CORNER. He’s an 11-year-old gelding, has won the Welsh National over the extended 3m6f and is rated 149. He’s never run over the Aintree fences, is Irish-bred, has had 11 chase starts and he’s run at the meeting before when he was third in the Grade 2 bumper behind Barters Hill in 2015. At the current 25/1, it also looks unlikely that his SP will fall below 14s.