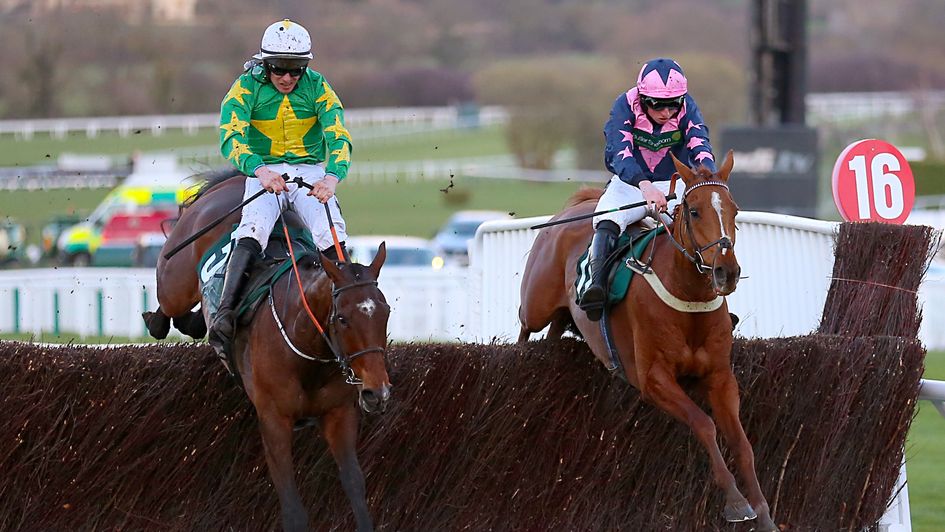 Discorama (left) and Le Breuil jump the last at Cheltenham

The Sporting Life and Timeform teams with the horse currently top of their Randox Grand National shortlist and there's plenty of love for Discorama.

Winning the Grand National is hard enough but doing so without course experience and on the back of a losing run dating all the way back to a chasing debut at Naas in autumn 2018 might seem an utterly thankless task.

That’s the apparently Herculean effort that will be required of DISCORAMA if he’s to provide Paul Nolan with an Aintree winner to go with his 2021 Cheltenham Festival one, but it isn’t all doom and gloom. Discorama is a thorough stayer, as evidenced by his close second in a gruelling National Hunt Chase in its former guise as the four-miler in 2019, and there have been plenty of other occasions since when he’s looked to have a big one in him, including his third in the following year’s Ultima.

He ran poorly when last seen in November, but he has a good record following a break and will arrive on Merseyside much fresher than most. 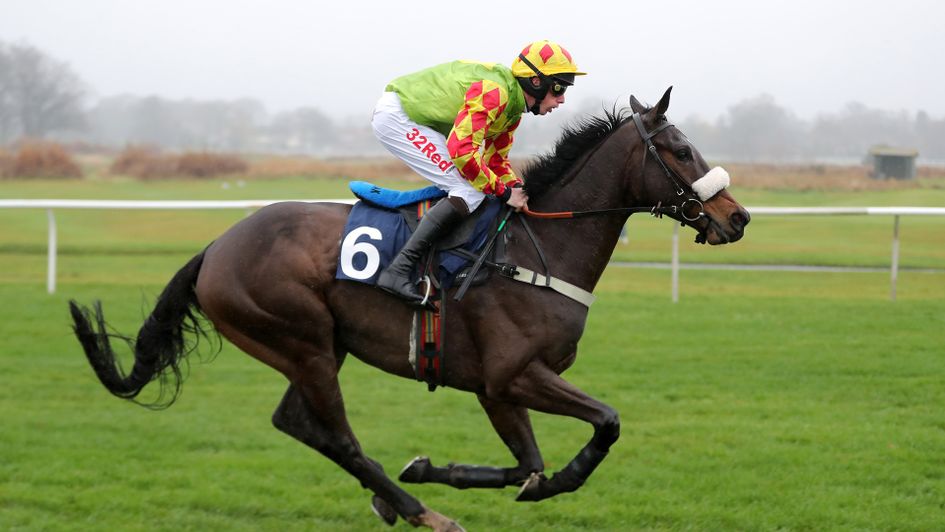 The mixed (at best) weather forecast may be a crippling blow for parents up and down the land who were hoping to fully utilise the great outdoors during the upcoming Easter break, but it’s good news for long-time Grand National fancy LORD DU MESNIL, who revels in conditions on the easy side.

Admittedly, it’s very hard to pin down precisely what the ground will be like when they line up for the Randox-backed marathon on April 10 until raceday itself, but anything slower than good will help bring out the cast-iron stamina in Richard Hobson’s eight-year-old, who is 5lb ahead of the handicapper having landed the big trial at Haydock last month after the Aintree weights were published.

Considering he ran nine times in total last season, including a trip to France in May 2019, the current campaign has been much lighter and it was great to see him recover from a below-par effort in the Welsh National (signs of post-race heat stress) to win well in the north west last time out.

It was also very encouraging to see the canny Hobson get a National course ‘sighter’ into him in the Grand Sefton during December, where he ran miles better than the bare form of his ninth behind Beau Bay.

He seemed to enjoy the experience to my eye, jumping really neatly before a mistake two-out cost him several places in the end. That came over a wildly inadequate trip and, given how some of his form from last term has worked out – including a defeat of Sam’s Adventure and gutsy seconds to Smooth Stepper and Ravenhill in the National Hunt Chase at Cheltenham – he still looks handicapped to win big races.

Lord Du Mesnil will clearly have his work cut out beating Cloth Cap, but he’s 10 times his price in places and that looks plain wrong given the favourite has no experience whatsoever of the course and would prefer rattling fast ground. 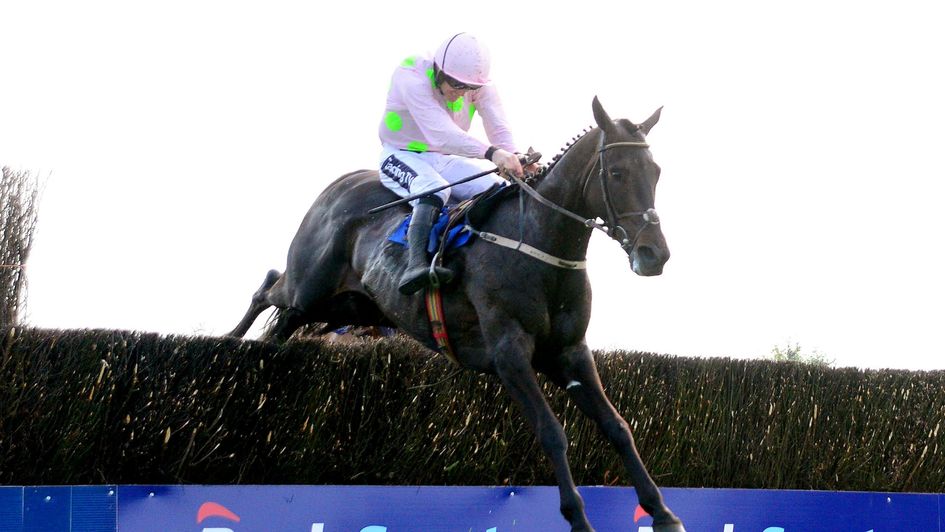 With the sun beating down, a dry forecast for the next week or so and even a spot of watering the course, it doesn’t look as though the mud-larks are going to have their favoured going at Aintree. That’s certainly good news for favourite Cloth Cap, but also for BURROWS SAINT at more backable odds.

He’s been running on heavy ground all winter and performed with credit when second in the Bobbyjo Chase last time but all his best form is under less testing conditions, notably his impressive Irish Grand National victory when just a novice two years ago.

A good jumper who stays well but who has the speed to hold a handy pitch, a real asset at Aintree, Burrows Saint would have been on the young side for the Grand National that never was last year, but he should now be in his prime for the race at the age of eight.

Cloth Cap has to be on everyone’s Grand National shortlist so obvious are his claims, but knowing my modus operandi I’ll be putting a line through him the night before the race. Swilling a punchy IPA, I will convince myself that it’s the National, that anything can happen, that he’s too short, and it that it will be far more fun backing one at 10 times the price with a less compelling chance.

Having said all that, I liked DISCORAMA at 50s when the weights came out and I still like him at around half those odds now. I urge you to at least put him on your shortlist - even if he doesn’t survive the final cull the evening before.

In a nutshell: he’s a strong stayer with some classy back form that has got in off a lightweight for a shrewd trainer who has made a few adjustments since we last saw him.

Putting some meat on the bones: he was second to Le Breuil in the National Hunt Chase over nearly four miles at Cheltenham in 2019, he beat A Plus Tard in the G1 novice chase at the Punchestown Festival after that, he’s rated 149 and will carry 10-6 or thereabouts and Paul Nolan has tinkered with his wind and routine following a rare below-par run at Cheltenham in November.

That was the last time we saw him, but he goes well fresh and my feeling is that he’s got a big one in him despite a steeplechase strike-rate of one win from 10. That’s a disappointing ratio for one of his ability, but, like Rule The World before him, it doesn’t tell the whole story and he has each-way claims. 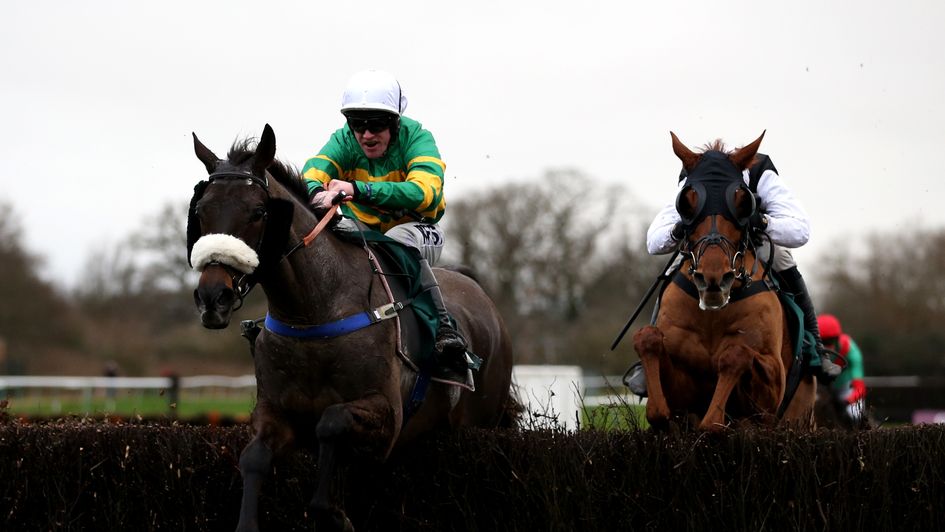 I was going to back him to win the race last season and see no reason to desert KIMBERLITE CANDY now.

It was his ten lengths victory over Captain Chaos in the Classic Chase at Warwick in 2020 that market him out as a National horse to me - allied to the fact he had shaped so well in the Becher Chase over these fences the previous December.

Well he's only been sighted once this term - again in the Becher - and again he was second. He was easy to back but jumped well in the main and finished a respectable second to Vieux Lion Rouge. It looked a case of job done for connections and he has a nice racing weight in the big one.

He'll need luck obviously, and the odd torrential shower or three in the next week wouldn't go amiss. But surely this is a horse on everyone's shortlist? 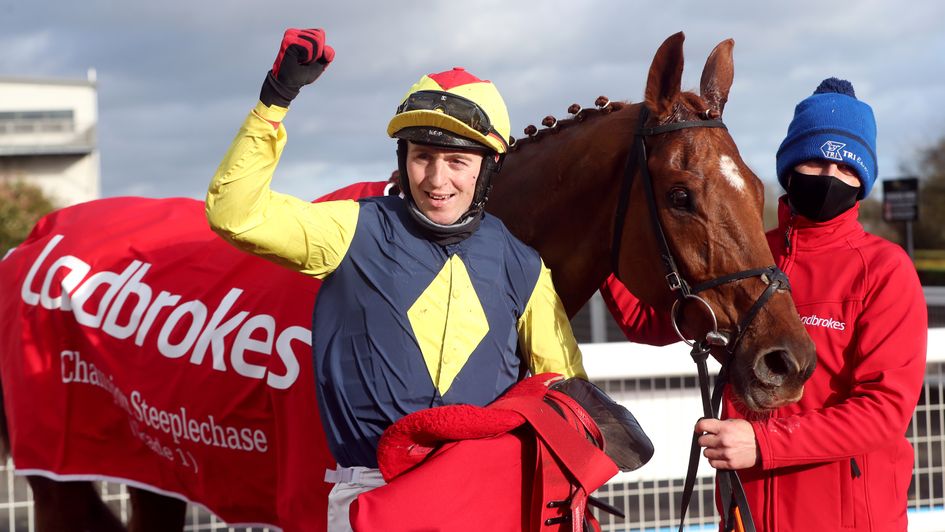 Keith Donoghue celebrates with The Storyteller

There are few more likeable horses in training than THE STORYTELLER and there aren’t all that many who are better than him either – indeed, he beat subsequent Cheltenham Gold Cup winner Minella Indo off level weights on his most recent start over fences.

With that in mind, he looks the each-way value at around 25/1 in what doesn’t appeal as the strongest Grand National field.

Admittedly some of those towards the head of the market have a better chance from a handicapping viewpoint, but The Storyteller simply doesn’t know how to run a bad race and is notably versatile too (he’s even contested the American Grand National in his time!), so he holds better claims than most Aintree newcomers of taking to the course okay. 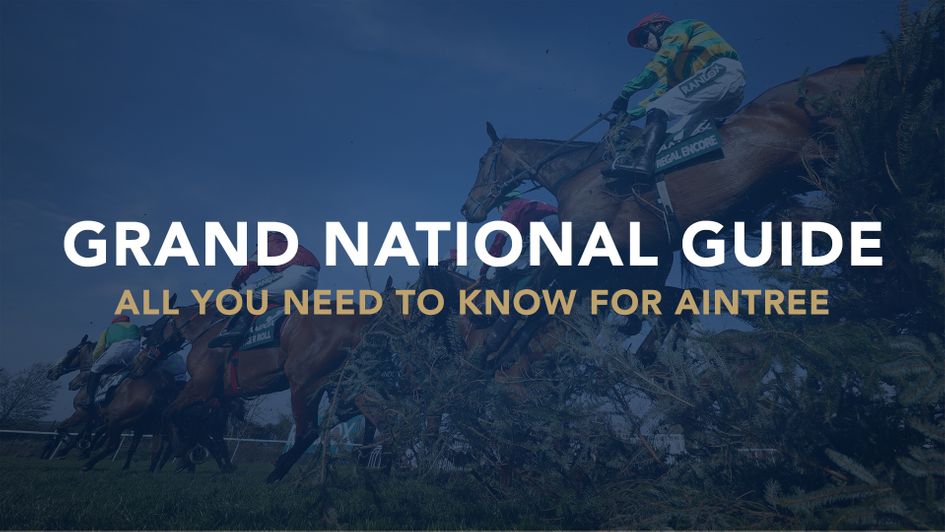