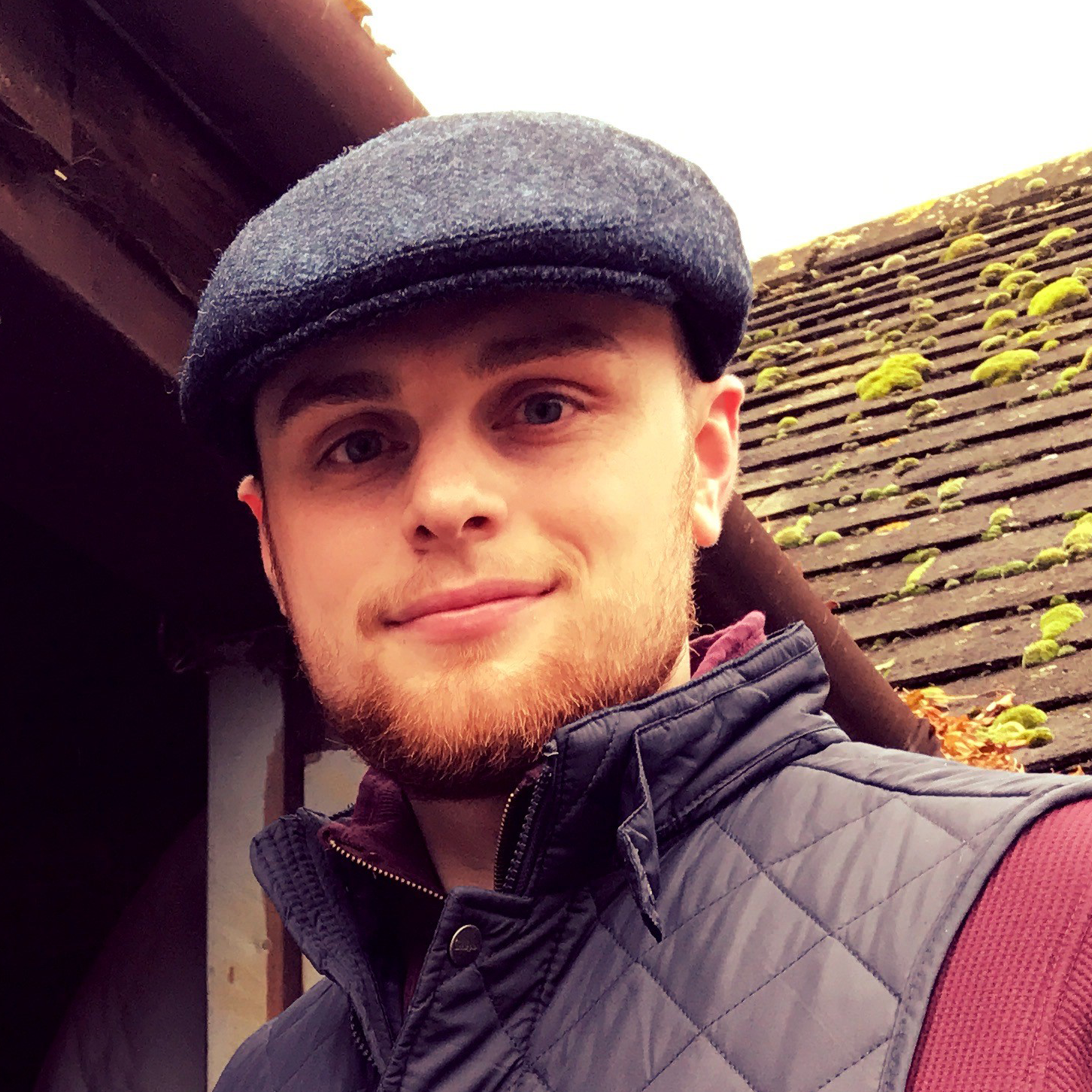 Racing journalist and blogger Stu Williams kicks off his new regular column with a look ahead to Saturday's Peter Marsh Handicap Chase at Haydock.

Sue Smith has landed Haydock's stamina sapping contest twice in the last four years and four times in total, and the Grand National-winning trainer could look to secure a landmark fifth success with stable stalwart Vintage Clouds, who was last seen placing third in the Tommy Whittle Handicap Chase over this course and distance last month.

The popular grey looked well held before staying on dourly to fill the frame that day and he most certainly holds place claims off a 2lbs lower mark. Indeed, he is now rated 1lb below the mark from which he placed second in the Ultima Handicap Chase at the Cheltenham Festival in March, and he boasts impressive form figures of 12222F3213. Therefore he would make plenty of each-way appeal.

Beware The Bear leads Vintage Clouds over the last at Cheltenham

Acting Lass is lightly raced for his age and he displayed good reserves of stamina when successful at Chepstow in December. He would compete from a 3lbs higher mark than when being narrowly denied by Regal Encore in Listed company at Ascot four-weeks-ago, and he could easily make his presence felt if taking up this engagement.

Connections of Welsh Grand National fourth Prime Venture will be hoping for a real test of stamina. As will those connected to Champers On Ice, who looked a rejuvenated character when landing brace of three mile handicap hurdles for the Pond House team in November.

The former will represent Evan Williams, who plundered this prize with Wychwoods Brook in 2014, and will line-up off a 1lb higher mark than he competed from in Monmouthshire. While the latter will attempt to exploit a 9lbs lower rating over fences. Both are capable of making their presence felt and, like aforementioned Vintage Clouds, they will be coming home with a wet sail when others start to paddle, which is just what you need in a race of this nature.

Definitely Red would bring a real class edge to the table and he could easily defy the burden of top weight if performing to the peak of his powers.

Brian Ellison's evergreen 11-year-old competed in both the Cheltenham Gold Cup and Punchestown Gold Cup during the spring and he bounced back from a below par effort in the Charlie Hall Chase at Wetherby with a solid fourth placed finish in the Becher Chase at Aintree - form that was boosted by the runner-up Kimberlite Candy in the Classic Chase at Warwick on Saturday. His name must feature on the shortlist.

Regal Flow was narrowly touched off in the Veterans Final at Sandown two weeks ago and he could easily launch a bold bid off 3lbs higher. While Get On The Yager, who has failed to get his head in front since plundering the 2017 Rowland Meyrick Handicap Chase at Wetherby, ran a fine race to place third in the Midlands Grand National in March and is starting to look well handicapped once more.

Daklondike is only 3lbs higher than when landing the Tommy Whittle Handicap Chase at Haydock last season. However, he took plenty of persuading to race last month and he could only finish fifth after being sent off a well supported 5/1 favourite. 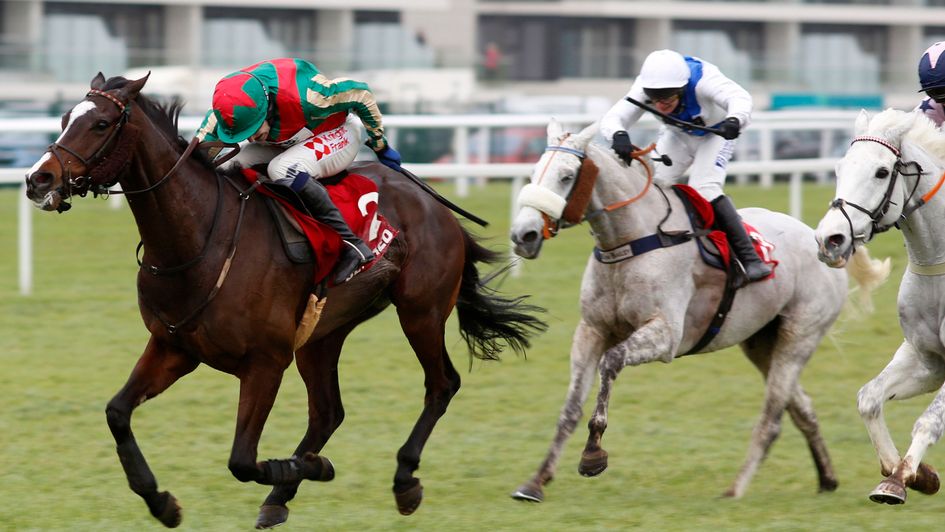 Daklondike battles to victory in the Mandarin Chase

Both Flying Angel and Red Indian are yet to prove their stamina for this trip and are not certain runners. While Virginia Chick, who was last seen placing eleventh in the Welsh Grand National, remains 5lbs above his last winning mark, but would relish the testing conditions.

Prince Of Scars, who now carries the familiar two-tone green silks of owners Simon Munir and Isaac Souede, has been retained by Gordon Elliott, who must feel that he has more to offer off his current rating. However, he is yet to score over fences and would need to display improved form if making the trip over from Ireland.

Last time out scorer Claud And Goldie would also require an improved performance to defy a 4lbs rise in this sterner company. He makes limited appeal at this stage.

The lightly raced Geronimo made a successful return to action to a over a trip short of his best at Newcastle four-weeks-ago and a 5lbs rise may not be enough to halt his progression. While Midnight Tune, who is search of a hat-trick after landing the odds at Uttoxeter and Exeter respectively, could also have more to offer from a mark of 134 after the runner-up at the latter venue franked the form at Hereford next time out.

In what proved today's finale, Midnight Tune gamely brings up the hat-trick for favourite backers under @AidanColeman for @AJHoneyball at @ExeterRaces pic.twitter.com/Lwl6oA2hAL

The former has plenty of score for improvement but does tend to make mistakes, which would severely hamper his prospects in a race such as this. While the latter, who would represent the in-form yard of Anthony Honeyball, could prove hard to peg back if granted a soft lead from flag-fall and boasts form-figures of 21421 over trips in excess of 2m5f.

However, it is another potential improver that has drawn my attention courtesy of a fine runner-up effort in the aforementioned Tommy Whittle last month - namely CALIPSO COLLONGES.

Yes, this is a much more competitive contest on paper and he will most certainly require a career best effort in order to prevail. However, he travelled keenly throughout the first half of that contest and he had no chance with the front-running winner who had already flown by the time that Fergus Gregory had made stealthy headway through tiring rivals.

His conqueror that day, Lord Du Mesnil, well and truly rubber-stamped that form when bolting-up by nine lengths at Haydock nine days later, and he is now rated 20lbs higher than he was when lining up on his penultimate outing.

The handicapper left Calipso Collinges on a mark of 127, although he'll be racing from five pounds out of the handicap here if Definitily Red runs. I wonder if connections will elect to deploy more positive tactics in order to keep tabs on those towards the fore.

I have a suspicion these tactics may help the French-bred to find a good rhythm early on, which could possibly help him to settle better and therefore preserve his energy for the business end of the race.

The Crossharbour gelding ran out a facile 12 lengths winner on his only other visit to the Merseyside track (3m Handicap Hurdle). While all five of his previous victories under rules have been achieved on soft or heavy ground and his upwardly mobile trainer Olly Murphy is currently operating at a 36% strike rate (8-22) in the last two weeks.

He ticks many boxes and could easily outperform market expectations.