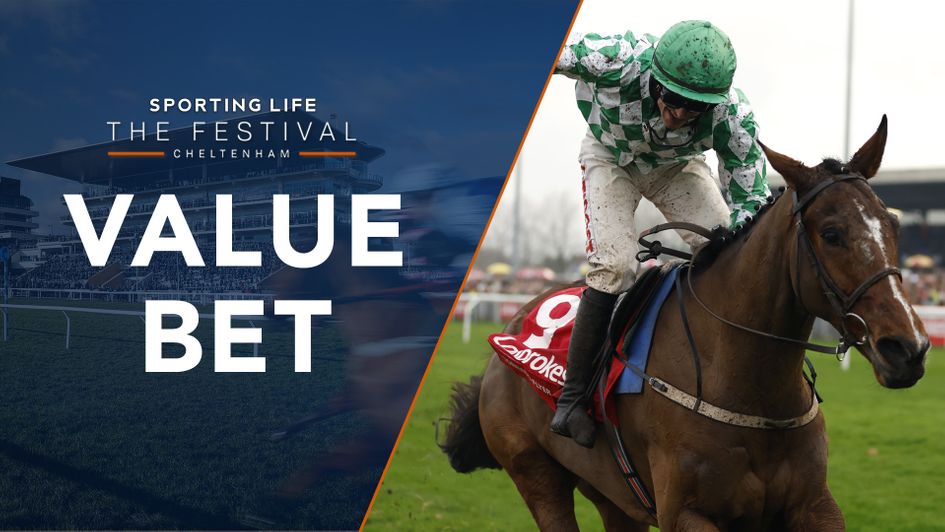 Unfortunately, the recommended prices in the article below lasted little more than five minutes so in the interest of fairness I’ve decided to pull the bet from our transparent tipping record. One of the Value Bet column’s principal aims is to be for as many people as possible to enjoy the thrill of backing horses at big prices with realistic chances, and in this instance it’s pretty clear very few - if any - regular readers will have been able to take the guide price.

As for Tornado Flyer’s revised best odds of 14/1 to win the Ryanair Chase, this looks about right as it’s now in line with the best price you can get about him winning the Gold Cup. As highlighted in the preview below, it looks to be in the balance which race he’ll go for and in my opinion I do feel it could become more likely he’ll run over the shorter trip, as he did at the Festival last year.

The other thing to consider is bet365’s 8/1 which includes the Non Runner No Bet concession but, again, there’s not a huge amount of wriggle room in that price either as it’s the same price they have general second-favourite Fakir D’Oudairies, who has a very similar rating and beat Tornado Flyer into third when runner-up behind Allaho in the 2021 Ryanair.

In short, it’s a no-bet at revised odds – but, like most of you no doubt, I’ll be very interested to know where the King George winner will be aimed come Cheltenham. Thanks for reading and good luck.

Allaho is going to win the Ryanair Chase by half the run-in again if he turns up in the same sort of form he was in last March as they look a pretty workaday bunch in behind the 7/4 market leader at this stage.

Willie Mullins’ charge battered his rivals from the front in a genuinely jaw-dropping performance last spring and while the trainer flirted with two miles on the horse’s next start at Punchestown, where he finished a very respectable second behind stablemate Chacun Pour Soi, normal service was resumed when successfully making most of the running on his seasonal return in the John Durkan Chase on December 5 (replay in full below).

Chances are that’s all we’ll see of him now until the Ryanair repeat bid and the John Durkan form has a sweet ring to it after subsequent wins for fifth home Tornado Flyer in the King George and – to a lesser extent – sixth Envoi Allen, who rather scrambled in at 2/5 at Leopardstown over Christmas.

Heaven forbid the big horse should step on a stone as the race could really cut up and ultimately be a very weak field providing the likes of A Plus Tard, Asterion Forlonge and Energumene head their separate ways as expected.

On the subject of likely participation in the Ryanair, however, I don't really understand why TORNADO FLYER is still 25/1 in places and it's a price I can't leave unbacked. That’s the same odds he went off when a running-on third in the same event last year, and he’s just beaten dual winner Clan Des Obeaux by nine lengths in a King George.

No room for romance when weighing up markets

The inevitable clamour for his Gold Cup odds to be slashed came in the immediate aftermath of Kempton and, at no bigger than 14/1, that’s still the most likely target according to the layers.

However, the majority of genuine Irish judges I’ve read/listened to since Boxing Day have seriously doubted whether he’d stay a truly-run three and a quarter miles around Cheltenham, and surely talk of another shot at this event over the extended two and a half is equally – if not more so – likely to materialise as we creep towards Festival week.

Granted, the King George has clearly been a strong pointer towards the Gold Cup down the years, and perhaps Mullins will fall to the temptation, but you can rest assured he won’t be going all misty-eyed at the prospect of bringing up that particular double.

Taking a step back and looking at the Mullins team as an entity can occasionally help shed a little more light on potential running plans as he does like to cherry pick rather than unnecessarily take himself on, as it were, and while the trainer is obviously responsible for Ryanair jolly Allaho, he does have Al Boum Photo and probably the aforementioned Asterion Forlonge in the Gold Cup picture too.

On stamina grounds alone, it’s certainly not hard to argue the Ryanair would be Tornado Flyer’s best chance of winning at the Festival – with or without Allaho in the line-up – and, interestingly enough, bet365 (the one firm to have already gone NRNB on the Festival) are 8/1 about him in both markets.

If, like me, you expect to see the King George winner drop back in trip, rather than move up a couple of furlongs, in nine weeks’ time - and it’s well worth highlighting the fact we’ve seen recent Ryanair winners Cue Card and Frodon also star in the King George during their careers - then snapping up the current 25s is not a difficult decision to make, not least as the BHA handicapper now has Tornado Flyer 1lb superior to last year’s runner-up Fakir D’Oudairies, who occupies second spot in the Ryanair betting at no bigger than 12/1.

Nothing else has really hinted they could get near to a peak Allaho so far this season, with the fairly promising pair of Conflated (Gordon Elliott) and Fanion D’Estruval (Venetia Williams) completely outclassing handicap rivals at Navan and Newbury respectively, but not yet in the same conversation as the principals here (the latter could get another chance against more established middle-distance chasers at Kempton this weekend).

If you took one look at the reasoning behind Paul Nicholls not even entering 166-rated former Ryanair winner Frodon and went straight to see what the trainer had actually put forward for the race, then you were not alone in that regard.

I argued in last week’s early look at the Champion Chase that Nicholls’ six-year-old Hitman could easily be stepping up to this sort of distance again before long, and perhaps the Ascot Chase at the end of February may be as good an opportunity as any, but he doesn’t look the strongest finisher at Grade One level, and the same could be levelled at stablemates Rouge Vif (another in the Silviniaco Conti at Kempton this weekend) and Saint Calvados, for all the latter was an eyecatcher (not for the first time) when ending up third in the King George.

But of the four possibles from Ditcheat I was most drawn to having a small interest on Simply The Betts, who I’m pretty convinced would make his current 50/1 look a bit silly if lining up here.

Nicholls evidently isn’t against running the horse in a handicap under a big weight but, as he found out over the Ryanair course and distance on New Year’s Day, there’s always likely to be something slightly better treated in that scenario - and there wasn’t a single runner from Ireland in that particular race.

Simply The Betts would be far better suited to running off level weights again, despite his Many Clouds Chase no-show in the Aintree mud last month, and for me he has earned a shot at something like this now back up to 157 in the ratings.

The big advantage he’ll have - compared to Aintree at least - is that he loves this track, his New Course form at Cheltenham reading 112, including victory in the Plate at the 2020 Festival, but he’s probably more one to look to get on side a little closer to the time once the ‘without Allaho’ markets begin to emerge. 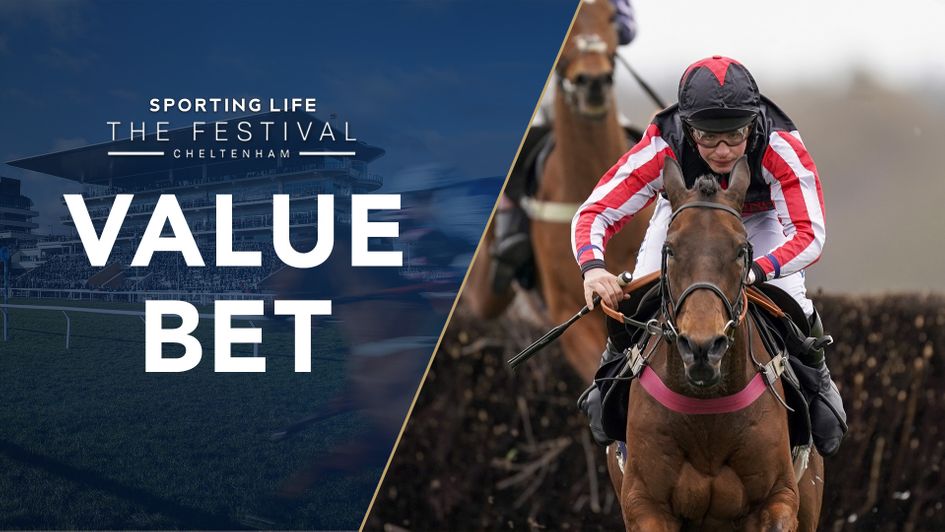