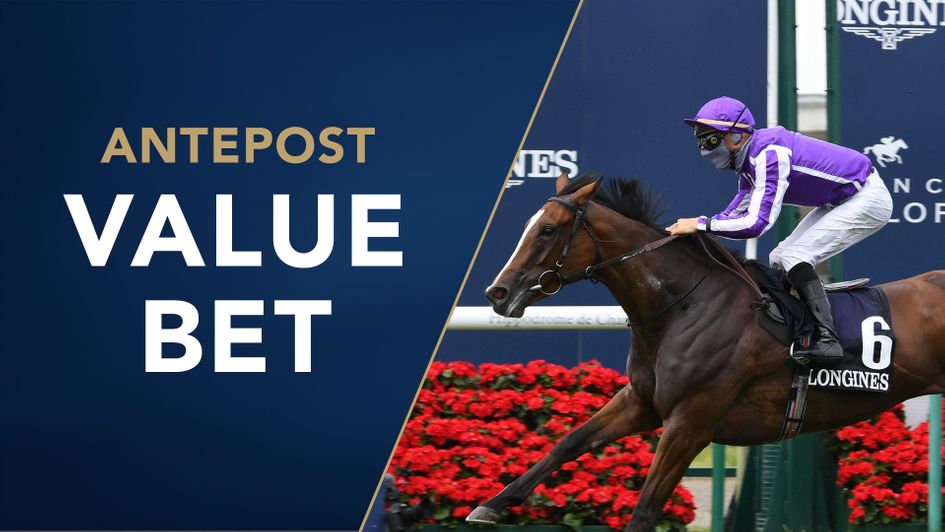 Check out our early selections for Goodwood

HURRICANE IVOR has the potential to be a really popular market leader come the Unibet Stewards’ Cup at the end of the month and getting William Haggas’ French recruit on side now at 12/1 makes lots of appeal.

This in spite of the inevitable price crash (was still 25s in places) after Saturday’s narrow defeat at Ascot (follow link for free replay), the principal reason being he sticks out like a beacon when it comes to thriving sprint handicappers in this line-up who could yet have significant further progress in them.

Unfortunately - at the moment at least - he’s best known as one of the horses involved in the embarrassing photo-finish debacle which opened the Coral-Eclipse card at the start of the month and Hurricane Ivor’s massive improvement from a relatively limp stable debut effort at York to what he actually achieved at Sandown was rather overlooked at the time, but last weekend went a long way to cementing his spot in the bracket of rising forces in the division.

Drawn in two, the four-year-old fairly bolted up in the smaller group of eight horses who raced towards the inside rail, he was just a little unfortunate to miss out on the prize overall, eventually splitting Significantly (stall 8) and Mondammej (15) in another photo.

The next five home were drawn in 17, 18, 16, 20 and 12 so the bare effort can definitely be marked up, especially as Hurricane Ivor edged slightly left as Richard Kingscote first drew his whip.

As far as five-furlong yardstick’s go, Karl Burke’s three-year-old Significantly is a very reliable sort given his consistency over the past couple of seasons and he’s evidently pretty progressive now too having followed up his head victory at the Royal meeting off a 4lb higher perch.

Hurricane Ivor has only raced over the minimum trip for Haggas yet everything we know about him from his time in France, including a six-furlong victory on good to soft at Chantilly, gives the impressive a step back up in trip will help later this month.

A revised rating of 103 looks more than merited – he was trying to concede Significantly 8lb including the weight-for-age allowance – and, effectively running off 100 at Goodwood under a 6lb penalty for the Sandown dead-heat, looks potentially well-treated. He wouldn't be the first major handicap winner this season to defy a penalty either, Wokingham winner Rohaan being one of the more higher-profile cases.

A very warm period of weather might throw up one or two questions for connections as the son of Ivawood – out of an unraced Royal Applause mare – has shown a lot of his form to date on an easier surface, but Timeform called the ground at Ascot good to firm last Saturday (officially good) and he travelled supremely well on it so I’ve no real concerns.

The other major Qatar Goodwood Festival handicap for which the weights have been published is the Unibet Golden Mile Handicap and Magical Morning – the only entry from the yard of John and Thady Gosden – is already as short as 11/2 with the odd firm.

His mandatory penalty for beating Maydanny (likely to reoppose) in Sandown’s Coral Challenge is only 3lb so he’s 2lb ahead of the assessor based on revised official ratings, as is the Mark Johnston-trained runner-up, but the absolute standout on that score is Matthew Flinders.

Ed Walker’s charge is 10lb to the good compared to his future mark (108) having split Safe Voyage and Oh This Is Us on his first try at Listed level at Chester last weekend.

He beat Magical Morning with something to spare at Doncaster last September and will be meeting the Gosden horse on just 1lb worse terms if lining up for the Golden Mile.

However, that’s the big issue with him, who surely cannot be anything like 20/1 if this race is indeed the target, as the back-to-form effort not only came on his pattern-race debut but it was his first ever start over seven furlongs, hinting that Ascot’s Moet & Chandon International Stakes on July 24 might well be the intended next port of call.

I’ll resist him for Goodwood, then, but can’t let French Oaks winner JOAN OF ARC go unbacked at current odds in the Qatar Nassau Stakes.

As we creep closer to this 10-furlong Group One it may become perfectly clear that Audarya is very much the one they all have to beat, given Love is seemingly bound for the King George, Snowfall the Irish Oaks and Snow Lantern might need more time to recover from her fine, Falmouth triumph.

The market looks quite open beyond those contenders and, inevitably, Aidan O’Brien could still be strongly represented should he so desire. Even accounting for O'Brien's aforementioned pair, Ballydoyle have six others entered at this stage.

They include Falmouth second Mother Earth and Belmont Oaks victor Santa Barbara, whose agendas are far from clear right now. Mother Earth may even end up taking in the Sussex Stakes should St Mark’s Basilica go to France instead, but one would imagine Joan Of Arc and her Irish 1,000 Guineas conqueror Empress Josephine would at least be in the mix for the Nassau.

The latter is a full-sister to the same stable’s 2015/16 champion Minding, who won the Nassau in good style herself, but not only do you need to excuse Empress Josephine's below-par effort in the Ascot mud last month (had won on heavy previously), she’s also got it to prove over 10 furlongs given she looked a potential non-stayer over the extended nine at Gowran Park earlier in the year.

Gleneagles’ sister Joan Of Arc, on the other hand, took her form to a new level when presented with 10-and-a-bit furlongs for the first time in the Prix de Diane at Chantilly.

She took a bit of stoking up under Ioritz Mendizabel and the bare bones of what she achieved on the day might not be earth-shattering in the grand scheme of things but she did beat the ‘right horses’ with favourite Philomene second and Andre Fabre’s previously-unbeaten Sea The Stars filly Burgaria back in third.

Timeform now have Joan Of Arc on 122p which means she’s well set to take on her elders in the big league and the considerable 9lb allowance has helped fillies from the Classic generation win six of the last 10 renewals of the race.

Love was the one to topple Audary in the Prince Of Wales's Stakes and at 8/1 generally I'm happy to back her year-younger stablemate Joan Of Arc to follow suit.