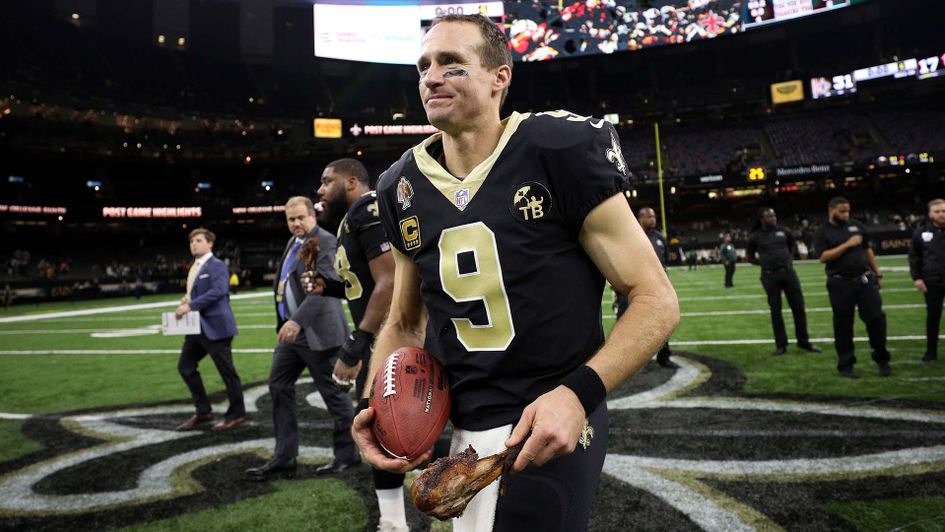 New Orleans Saints quarterback Drew Brees has apologised for his comments on NFL players kneeling during the anthem, after an angry backlash from his own team-mates and fans.

Brees sparked controversy when, amid the protests in the US sparked by the death of George Floyd in police custody, he told Yahoo that he would never "take a knee" during the customary national anthem before an NFL game.

Brees said that taking a knee, which former NFL quarterback Colin Kaepernick started in 2016 to protest against police brutality, was disrepectful to the country and the flag, comments which sparked angry responses all round.

Superstars such as LeBron James hit back, while Bree's own team-mates such as Michael Thomas and an emotional Malcolm Jenkins, prompting Brees to now apologise.

I recorded a few videos when thinking of how to respond to Drew Brees, I don’t take any of it back-I meant what I said-I removed the 1st video because I knew it be more about the headlines. I want people to understand how those of us struggling with what’s going on feel pic.twitter.com/T054qt0YEz

In a post on his official Instagram account, Brees admitted his comments had been “insensitive” and had “completely missed the mark”, and begged forgiveness from those he had offended.

Brees wrote: “I would like to apologize to my friends, team-mates, the City of New Orleans, the black community, NFL community and anyone I hurt with my comments yesterday.

“In speaking with some of you, it breaks my heart to know the pain I have caused.

“In an attempt to talk about respect, unity, and solidarity centered around the American flag and the national anthem, I made comments that were insensitive and completely missed the mark on the issues we are facing right now as a country.

“They lacked awareness and any type of compassion or empathy.”

Highlight: @readdanwrite asks @drewbrees what the star NFL quarterback thinks about "players kneeling again when the NFL season starts."@drewbrees: “I will never agree with anybody disrespecting the flag of the United States of America or our country.”

The 41-year-old Brees is the NFL’s all-time leader in passing yards and touchdowns, and was the MVP of Super Bowl XLIV.

Gauff, who beat Venus Williams at Wimbledon last year at the age of 15, urged supporters to do their bit to combat systemic racial injustice in the United States.

“I have spent all week having tough conversations and trying to educate my non-black friends about how they can help the movement.

“I saw a Dr [Martin Luther] King quote that said the silence of the good people is worse than the brutality of the bad people.”