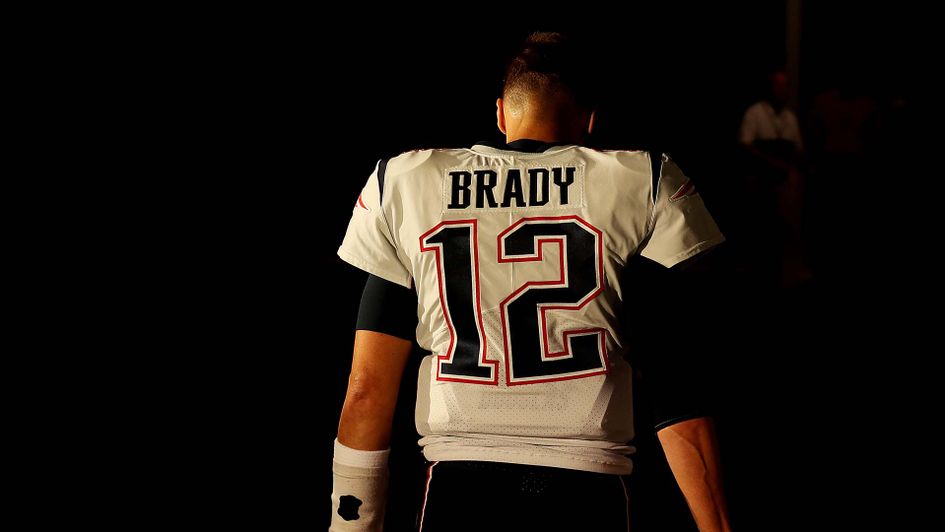 NFL Draft: Tom Brady picked 199 in the NFL Draft in 2000 but goes on to become New England Patriots legend

It's been 20 years since Tom Brady was a lowly 199th pick in the NFL Draft. Paul Higham looks at how he's used that ever since to become a legend of the game.

Pick No.199 – it was an inauspicious start to life in the NFL for Tom Brady, the Michigan quarterback picked up by the New England Patriots in the sixth round of the 2000 NFL Draft, but that number was the catalyst for the greatest career in the sport.

198 players were deemed better than Brady, who is now widely regarded as the best ever to take to the gridiron – a six-time Super Bowl champion who, along with coach Bill Belichick, did something that shouldn’t happen in this sport and that’s totally dominate for two decades.

It’s apt that we talk about Brady around NFL Draft time, because the draft is one of the symbols of the equality that is supposed to be a hallmark of the league. It’s a time for wishful thinking, for hope that even the worst team last year could be the best team this year.

The salary cap also means that big players can often be on bad teams, with their wage demands sucking every available dollar out of the kitty and not allowing for the roster to be packed with strength throughout – that’s another string to Brady’s bow, as we’ll see a bit later.

The 199 chip that led to domination

Let’s face it, anyone that has seen Brady’s lumbering 40-yard dash at the NFL Combine can understand why plenty of teams thought he wasn’t quite athletic enough to make it in the NFL. He’s never blossomed into an athlete, but he’s used that snub to great effect for 20 years.

Behind the mild-mannered exterior, and the man who wasn’t afraid to advertise UGG Boots on national TV, there’s one of the most fierce competitors you could wish for. He’s entire focus when on the field is winning – and proving people wrong.

The fact the chip has remained on his shoulder shows Brady’s incredible mental strength, that will and desire, the unquenchable thirst for victory that very few sportsman have, let alone manager to nurture and keep alive for two decades.

And it’s the fact Brady recognised his physical flaws early that some him excel on the mental side, and that snub of being pick number 199 has been a driving force ever since.

"If you want to be special at this game, you have to do what it takes," Brady said. "Some things come a little more naturally to some people than others. The mental part came naturally for me. I think I've really had to work hard on the physical part, what it takes to be an NFL player.

“There was a reason I was a sixth-round pick. I didn't have much ability. I have to try to work hard to improve those things over the years, while still keeping my mental game sharp."

Sometimes the chip was manufactured, and ‘us-against-them’ mentality sat well with Belichick’s method and ‘evil genius’ persona. Later on, Brady edging near and going into his 40s was his driving force – again people kept on writing him off but he’s still be producing and picking up Super Bowl rings like nobody before him, and most likely nobody after him either.

Even with Brady joining Tampa Bay in free agency, his two-year contract is not as high as you may expect, although he will still pocket a guaranteed $50m over the length of the contract regardless of how he performs.

That guaranteed $50m though is only the 10th most to an NFL quarterback currently, which must be regarded as some kind of value. His $25m a year average is only 12th most in the league, with the likes of Jared Goff, Ryan Tannehill and Jacoby Brissett.

Brady has most certainly been value for money throughout his Patriots career, which is saying something considering he’s taken home $235 million over 20 years in New England – but that’s still much less than what he could have earned.

Brady has never demanded he be the best-paid player in the league, his ego is fuelled by Super Bowl rings on his finger not topping the high-earner list – and to facilitate that he’s often given the Patriots a big discount to ensure they can sign other players needed to bring home Lombardi trophies.

It’s a factor sometimes mentioned but perhaps not quite enough when talking about Brady’s overall impact in the game – yes he’s fantastically well paid, but he’s had a serious injury and one more could’ve ended his career at any time but has consistently taken fewer dollars to help out his team.

In 2007 he restructured his contract in order to keep star receiver Randy Moss, while he tried the same for Wes Welker and has also front-loaded deals and worked them in ways to help the Pats with their salary cap.

Business Insider calculate that Brady could’ve bagged up to $100m if he’d been given contracts similar to the biggest for quarterbacks around over the years – which puts into perspective just how much Brady wants to win. And more importantly just what he’ll sacrifice to do it.

It’s a sign of greatness that you are able to drag others up with you, to improve players around you and to get what has been a set of mediocre skill players to Super Bowls, and win them, over the years without having a settled partnership.

Randy Moss, Wes Welker, Rob Gronkowski and Julian Edelman have been fabulous receiving targets for Brady, but he’s also had to deal with bit-part players, fill-ins and second-chancers to get the job done over the years.

Brady has 541 passing touchdowns in the regular season, with 77 different players catching them over the years, Drew Brees is the only man to throw more TDs than Brady and has used eight fewer receivers, when playing for two teams and also in a much more pass-happy system at New Orleans.

Peyton Manning, who is third on the touchdown list with 539 used just 49 different pass catchers.

Now Brady will take that chip on his should down to Tampa Bay, where he’ll get a fresh set of young dominant receivers, especially duo Mike Evans and Chris Godwin, and he’ll again be desperate to prove himself.

His age will be talked about again, as will his new team that has the worst winning percentage out of ANY team in all four of the major sports in North America having gone 267-424-1 since being formed in 1976.

The Bucs haven’t made the play-offs in 13 years, only the Cleveland Browns have a longer drought, so the odds seem stacked against Brady, but that’s just how he likes it. That chip, that desire to prove people wrong will be burning just as bright as ever when the 199th pick of the 200 NFL Draft suits up for the new season.

And talk about incentives? The next Super Bowl is being held in Tampa Bay – no team has ever played a Super Bowl in their home stadium…