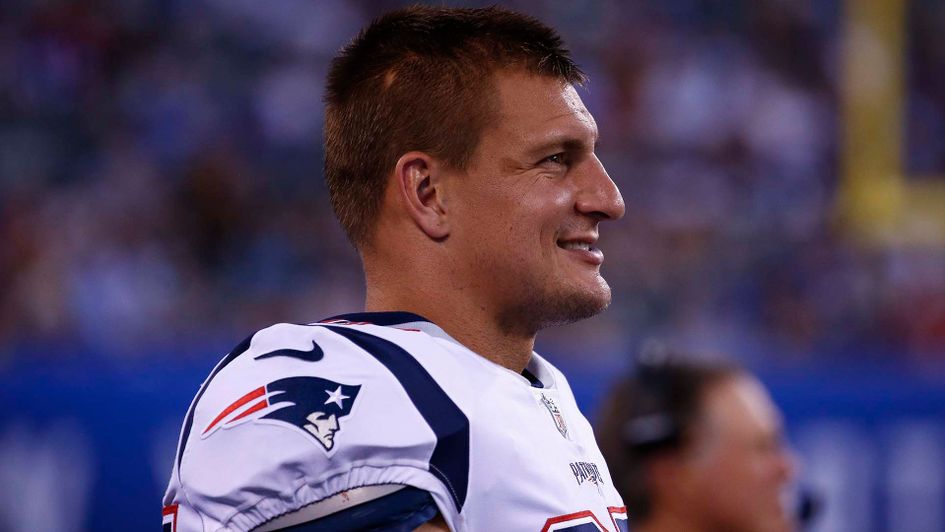 Former New England Patriots tight end Rob Gronkowski will come out of retirement to re-join Tom Brady at the Tampa Bay Buccaneers after being traded to Brady’s new side.

One of the best tight ends in history, Gronkowski adds yet another dominant pass-catching option to Brady’s attack in Tampa Bay, who will now be the media darling of the coming season.

Bookmakers have reacted accordingly as the Buccaneers’ Super Bowl odds have been trimmed again, now a general 11/1 to win the big game, which just so happens to be in Tampa Bay next season.

The 30-year-old retired after winning the Super Bowl in 2019 and has most recently been seen in WWE wrestling, winning the 24/7 Championship, but will now be heading back to the gridiron and re-forming one of the most productive partnerships in the game.

Nobody has caught more touchdown passes from Brady than Gronkowski’s 79, and ever since the sport’s biggest name decided to leave New England after 20 years there has been talk of his former top target being lured back into his pads.

Since he retired with still a year left on his contract, the Patriots still held Gronkowski’s rights and therefore the Buccaneers had to complete a trade to sign him - sending a fourth round draft pick to New England and getting a seventh in return.

Gronkowski was a particular threat in the post-season, making another 12 touchdown catches – which is one of a number of tight end records he holds.

What a career. Legend.

"Rob Gronkowski is one of the best tight ends in NFL history and he plays the game with the type of passion and desire that sets him apart," said Buccaneers General Manager Jason Licht.

"Rob has played his entire career alongside Tom Brady and their accomplishments speak for themselves. Together they have developed the type of chemistry on and off the field that is crucial to success.

"Rob combines elite-level skills as both a receiver and blocker but what really makes him special is the fact that he's a proven winner who brings that championship mindset and work ethic."

While eyebrows were raised when 42-year-old Brady decided to join Tampa Bay, he now has one of the best set of receiving weapons he’s ever had throughout his career, with receivers Mike Evans and Chris Godwin now being joined by Gronkowski.

By way of comparison, Brady has only ever had three occasions of a player averaging 85 receiving yards a game in his 20-year career – both Evans and Godwin went over that mark last season, while Evans has done that now in back-to-back campaigns.

If Gronkowski can get back to anything like to his best then he will be a huge addition to the side – he’s borderline unplayable at times and a match-up nightmare with his unique combination of size and speed.

His body will have had time to heal up after years of beatings, and it could even be that the Bucs will spare him a lot of those punishing short catches in traffic over the middle of the field that usually resulted in some big hits.

Brady and Gronkowski’s chemistry in the red zone will be a particular strength now for the Buccaneers, as even if used sparingly, the big tight end is a massive touchdown threat.