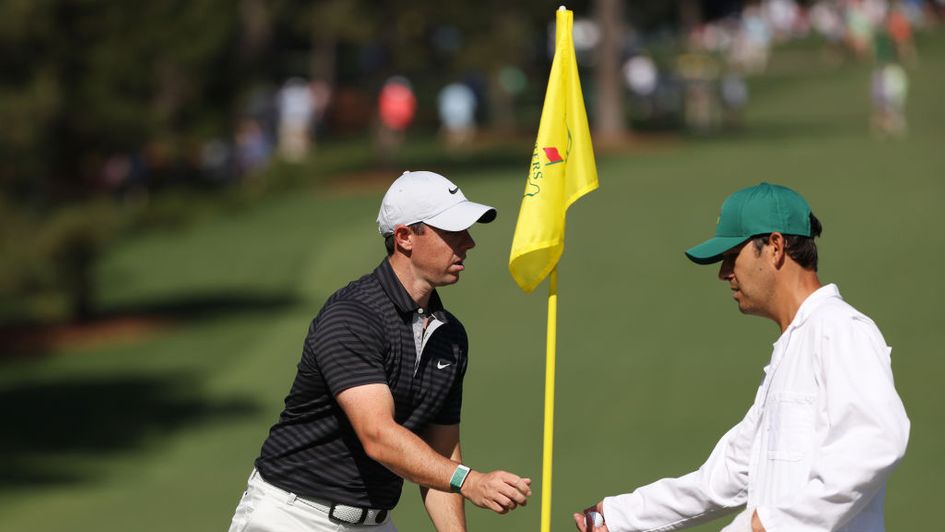 Sporting Life contributors new and old plus some special guests provide their best bets for the Masters, from a range of markets.

Paul Casey to win the Masters

Sam is a golf expert who has recently become known for his popular golf-themed music videos, which you can watch on YouTube.

We've got an interesting April renewal to ponder. It's hard to know how much impact softer conditions will have had on the eventual leaderboard in November. I would swerve Dustin Johnson; defending champions don't have the best record here. Justin Thomas holds quite a lot of appeal. He has a good record here, and all the right attributes to win a green jacket.

But my main pick is PAUL CASEY. He's also been playing some great golf this year, top-five finishes at Pebble Beach and Sawgrass. Interestingly, he won the Dubai Desert Classic, an event with quite a strong form line to Augusta, and his record there is great. In November he opened with a 65, and he'd have just managed a level-par final round, that would've been enough for another top 20. His form speaks for itself.

A pre-preview treat for you here as @Sam_golf, who is genuinely one of the nicest people you could meet as well as being a bit talented, reveals his Masters selection for @SportingLife.

Come for the tip, stay for the sign-off. Lovely stuff. pic.twitter.com/5aGNFTndRU

Rory McIlroy for a top-10 finish

If you were to take on board some of what has been said and written about Rory McIlroy of late you could easily believe that his game had fallen off a cliff and he was in a deep slump.

Let’s not get too dramatic though and while the Northern Irishman has clearly had some swing issues, which have led to him turning to renowned swing coach Pete Cowen, we only have to go back one stroke play start beyond the missed cut at The PLAYERS to see him posting back-to-back top-10 finishes at The Concession and Bay Hill, two tracks which might be a far greater pointer to this week than TPC Sawgrass.

Whether this year will be the one that McIlroy finally lands the grand slam is another question of course, however his six top-10s in his last seven Augusta visits tell you all you need to know about his ability to turn up here and perform well even if he isn’t 100% on his A or even B game.

My hunch is that coming in under the radar, and I’m sure having done some good work with Cowen, this could be a big week for McIlroy, however even if that is not to be his track record here of late makes the general 6/4 on offer for a seventh top-10 finish in eight a cracking bet.

When imagining it in your head, the top Continental European market would likely be pretty competitive. But, in reality, there are just nine runners and several of those don't have a chance. Jose Maria Olazabal is there for the food, Henrik Stenson is way out of form and Bernhard Langer is surely too old now. Bernd Wiesberger will probably plod away to finish 34th while Francesco Molinari still has those scars from 2019 to deal with.

That leaves just four and, at the prices, the one I like is VICTOR PEREZ at 12/1. The in-form Frenchman got to the semis of the recent WGC Dell Match Play and was ninth at Sawgrass prior to that. He needs to finish top three in this market for an each-way return but could easily beat one, two or even all of Jon Rahm, Viktor Hovland and Sergio Garcia.

Rahm may be in a state of distracted bliss after the birth of his first baby, Sergio has gone weird in the majors since winning here four years ago and Hovland's form has dipped. Perez started with a pair of under-par rounds on his Masters debut in November (T46) and can step up on that effort this week. Allez Victor!

Jon Rahm to win the Masters

Jamie Weir is a Sky Sports reporter and presenter who covers football, golf and other sports.

From the big three, the man for me is JON RAHM. Course form? He's got it: fourth, ninth and seventh on his last three visits to Augusta. Current form? He's got it: already three top-10s this season, plus he was knocked out at the quarter-final stage of the Match Play by an inspired Scottie Scheffler. And the early arrival of his baby boy, Kepa, means there's going to be no off-course distractions for Jon Rahm this week.

Jimmy Walker to make the cut

JIMMY WALKER has struggled badly since winning the 2016 PGA Championship, his career derailed by Lyme disease, and this one-time Augusta contender will never win a green jacket. But he might yet sign off with a blemish-free record in the Masters, and is fancied to make the cut yet again on what's his eighth and perhaps final appearance.

So far, Walker is seven-from-seven, and on six of these visits he's been 38th or better. Only in November did he labour to 60th having made the cut on the number, but every time he's played here in April he's progressed without any alarm whatsoever.

Given that he's been out of form for a while, there's obviously a chance this sequence comes to an end, but he has comfortably made the cut in his last two starts, sitting 25th and 32nd at halfway. By way of comparison, his form coming into the Masters in November was not as strong: he'd just finished 127th in Houston, missing by miles, and produced a similar display before that in Las Vegas.

With course knowledge set to go a long way under firmer conditions, and having shown more the last twice, prices around the 2/1 mark that he makes it eight-from-eight and again tees off at the weekend look very generous, with the best of 5/2 looking a good way off to my eye.

Ben Coley's guide to the entire field ahead of the Masters

Xander Schauffele for a top-10 finish

Matt Cooper is a long-time Sporting Life contributor who previews the women's majors for the website and provides tips for multiple tours for betting.betfair.com and others.

I’m not going to fret too much about XANDER SCHAUFFELE's form in his last four starts because before that he landed six top-10s in eight appearances. In addition, I suspect the firm and fast conditions (weather permitting) will suit him more than the soft fairways and greens last November. I also like how confident he felt after his tied second two years ago, telling his caddie he had what it takes to win there.

The final piece in the jigsaw is the simple fact that he loves competing against the world’s elite. Seven top-10 finishes in 14 major championship starts says it all, and 5/2 for another suits me.

Daniel Berger to win the Masters

Geoff Fienberg is part of the Mayo Media Network and a regular contributor to Oddschecker US.

It should be a great week. I certainly expect the course to play harder than it did last year; a lot of early reports have indicated it's going to be firm, it's going to be fast. It's exciting: Spieth won, Rahm had the baby... for me, I am going further down the board, to that range that found major champions last year at north of 25/1.

DANIEL BERGER checks every single box. He's won twice since the Covid restart, including at Pebble Beach. He showed he was healthy out at the Match Play and for me, it's Berger to win that green jacket on Sunday.

Matt Kuchar for a top-20 finish

Time was that punters started their Masters week by scouring the 'Freddy Couples top-20' price and working outwards. It proved a sensible ploy with the 1992 winner rewarding that wager in six of his last 10 outings, adding to the numerous each-way and top-10 payouts over the several millenia of an illustrious career.

It's now time to find that 'new' Freddy Couples and, whilst MATT KUCHAR won't probably ever be able to call on an Augusta winner's exemption, it is a surprisingly wonderful fact to see he hasn't been out of the world's top 50 since 2009 and current play suggests he will have at least another couple of goes yet.

One of those players that rarely makes headlines for the right reasons, the 42-year-old has left a spell in the wilderness behind and proved his wellbeing with a third-place finish at the recent Match Play and followed that up with an always-present 12th in Texas.

Here, at Augusta, Kuchar boasts a fourth and 12th in two of the last four runnings and a further three top-20 finishes in the last nine. Included in near-misses are a 21st, a couple of top-25s and a 28th. In his current form and given this is bound to be a tough test with fast conditions giving best to those 'in the know', his top-10/20/30/40/you-name-it prices that have to be allied to a 'can't win' price look a bit of value.

Daniel Berger to win the Masters

Eric Patterson is a golf writer for the Score and the Score Bet.

We're avoiding some of the favourites this week, which is a little dangerous considering how some of them are playing. JT just won the Players, Spieth just won in Texas, DJ you can never count out, Rahm just had his baby, and of course Bryson will always be a threat. But I do think DANIEL BERGER's game can hold up around a tough Augusta. He came 10th on debut in 2016 and has no finish worse than T32.

He hasn't played here since 2018 but I think that could be a positive considering how different the last few years have been playing, and he's playing great. He won at Pebble Beach, came ninth at the PLAYERS, came back and played well at the Match Play. He chips and putts well, hits it straight, long enough, and his irons can get hot. He's a grinder and I really do like his chances.