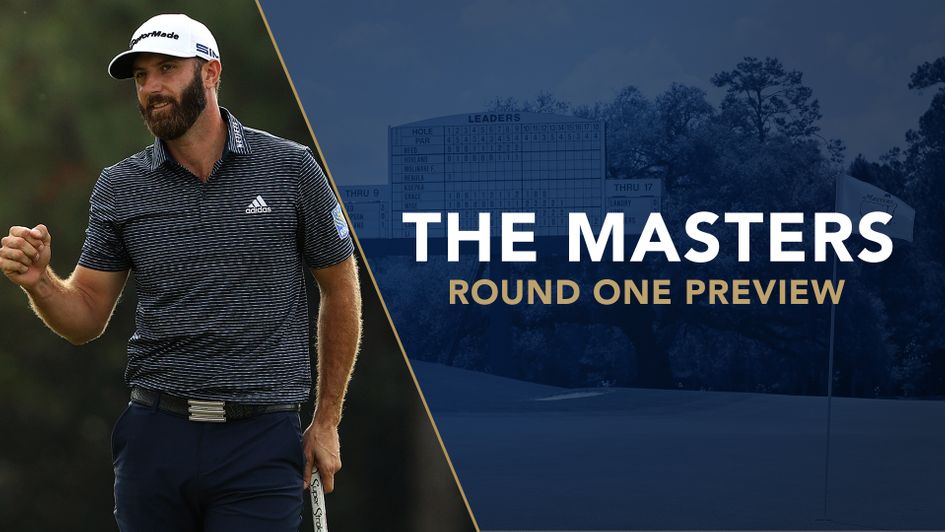 Ben Coley previews the first round at Augusta National

Golf betting tips: The Masters, round one

2pt double Sebastian Munoz and Jimmy Walker to win their three-balls at 3.5/1 (BoyleSports)

Finally, MATT KUCHAR's play over the last fortnight is enough to entitle him to favouritism in what looks a competitive early-evening three-ball, and at 7/4 or bigger he's worth a small bet.

Kuchar made the semi-finals of the WGC Match Play in Austin and while that alone wouldn't give us much to go on, the way he backed it up in the Texas Open was promising. He might just be able to kick on and while I wouldn't expect much more than 20th or so come Sunday, his solid Masters record makes him an obvious one to hang around all week.

Justin Rose hasn't played competitively since withdrawing from the Arnold Palmer Invitational when in one of the final few groups out on Sunday. That's a huge concern, and he only started hitting balls again last week having skipped the PLAYERS.

Opposing him on that basis alone carries risk but he's also been in-and-out of form for a long time now, and while he's led after round one in this event three times, Kuchar actually boasts a head-to-head lead when you compare their Thursday records.

Shane Lowry sounds fairly optimistic and isn't a player I oppose lightly, but a best of 25th so far at Augusta does leave him some way behind both playing partners in terms of course form, and with conditions firm I expect it to prove really important. However much he learned from Tiger Woods when they played together in November, it doesn't entitle him to be the same price as Kuchar, who is in fact a marginal outsider in places.

As you can tell, this isn't a confident selection, but 15/8 about a 6/4 chance is sufficient for a small go.

It's not always as simple as it can sound but two of the players who look ripe for opposing are in the same group, the third member of which is SEBASTIAN MUNOZ, and anything around evens looks good business.

Robert Streb has had four goes at Augusta National and his best round so far is 75. On both appearances here he's failed to break 80 in round one and, five years on from the latest of those, he's not a better player than he was. In fact, despite last November's RSM Classic win, he appears to be some way below where he was back then.

In fairness to the likeable American, he did snap a run of missed cuts at the Honda Classic, 13th there his best finish of 2021. Perhaps that's a sign that he's ready to go to work here in the Masters, but on what we've seen that's unlikely. He doesn't look a good fit for the course and was 86th in a field of 89 after the first round of his last visit.

Henrik Stenson has never been particularly effective here, even at his best. The Swede has one top-10 finish from 15 visits and only once has he broken 70 in the first round. He might not need to to win this three-ball, but he will surely need to play better than he has all year. Stenson's scoring average in 2021 is upwards of 74 and he made an eight on the 36th hole of the Texas Open to miss his sixth cut in succession.

In the same event, Munoz bagged his first top-10 finish of the year, showcasing his excellent approach play once more. His performance at the BMW Championship last year raises hope that firmer conditions at Augusta will suit better than the muddy slog of November, where he finished an excellent 19th, and he's largely reliable out of the gates. He ranks 39th in round one scoring this year, whereas Stenson is 214th of 219 players. Streb splits the two and the fact he might be the bigger threat says much.

Having put him up to make the cut I'm hopeful JIMMY WALKER can again demonstrate how comfortable he is here. The former major champion is not the player he was, but that's been true for a number of years and hasn't prevented him from playing well on every visit to Augusta so far.

No doubt determined to make the most of his final year as an exempt PGA champion — he'll need a top-12 finish to earn his 2022 invite, or to win a tournament in the interim — he comes here buoyed by back-to-back cuts made on the PGA Tour. It isn't much, but it's enough to think he can be somewhat competitive, which may not be true of his playing partners.

Brian Gay is the shortest hitter on the PGA Tour and turns 50 this year. He did superbly well to win in Bermuda and earn this invitation but it will surely be his last, and in six Augusta rounds so far he's yet to break par. Even under firm conditions he's going to really struggle to hit greens, and not even that dynamite putting of his is enough to expect much better than a score in the high seventies.

Larry Mize upset the odds to win his three-ball on day one in November, shooting 70, but that was a freak result. He hasn't managed anything better in his six subsequent rounds on the Champions Tour and Friday's 77 here is a better guide. Mize has done well over the last decade to keep a lid on things but has still slipped into the eighties three times and another such round is possible.

Seven of Walker's nine opening rounds this year have been 73 or better, and I'm very hopeful another would be enough against two players who will be hitting long-irons and hybrids into a heck of a lot of holes. Over just 18, it's possible to overcome such a handicap, but against a much more powerful opponent, one who thrives here, both will struggle. 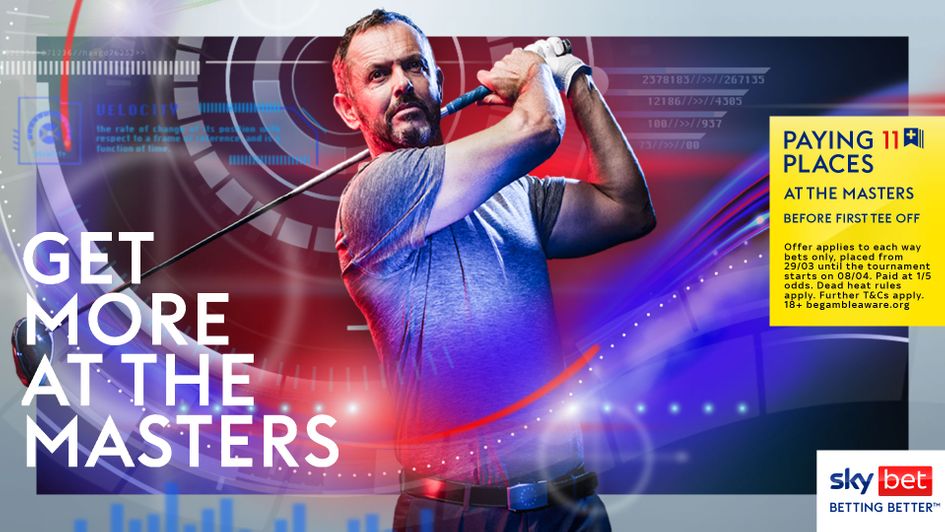 Get 11 places on each-way outright bets with Sky Bet