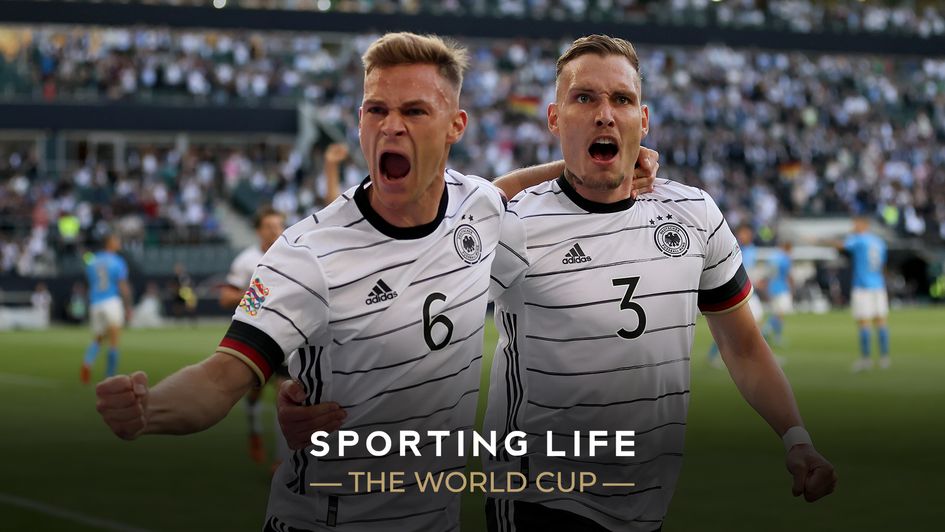 Germany's World Cup begins with a contest against Japan and Tom Carnduff has backed a goalscorer at a big price.

Germany's World Cup campaign begins with a favourable tie against Japan in Group E. They know the importance of victory here if they are to progress in top spot.

Die Mannschaft have hit a slight stumbling block in recent competitive matches, finishing third behind Hungary and Italy in the latest edition of the Nations League. It wasn't exactly ideal preparation for this unusual tournament.

They should have too much for Japan though - a side that finished second to Saudi Arabia in qualifying. They'll be hoping for slip-ups elsewhere if they are to upset the odds and reach the round of 16.

While the Nations League was a disappointing one for Germany, they have lost just one of their 16 games under Hansi Flick's guidance.

The former Bayern boss - who led the Bavarian giants to Champions League glory - took over following their disappointing Euro 2020 campaign and he has made them a force in international football again.

There are a number of players to look at here, but the standout price is the 8/1 available on JOSHUA KIMMICH TO SCORE ANYTIME.

While it's unclear whether Ilkay Gundogan or Leon Goretzka will start in centre midfield, we know that Kimmich will be in there and should play the majority of the game.

Of course, if Germany are well ahead then he will get some rest, but his attacking showings under Flick highlight that he should get opportunities to strike in this type of game. 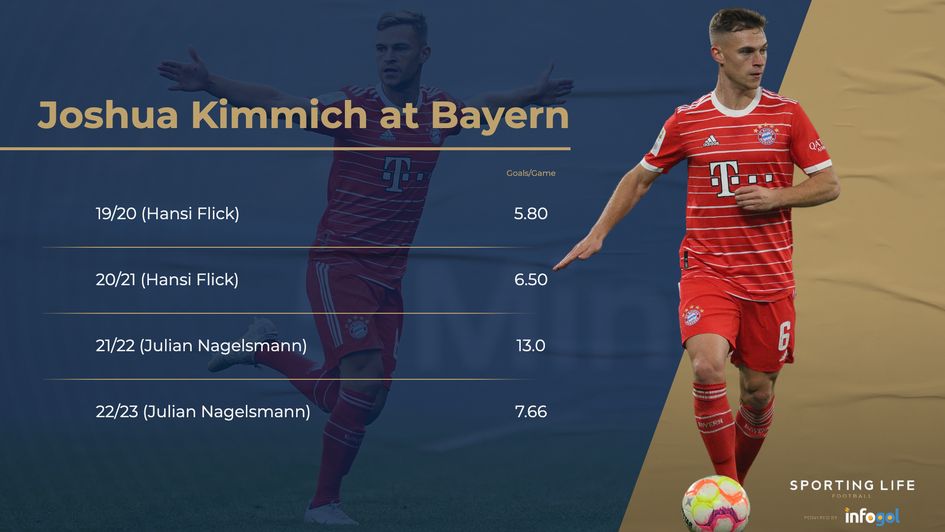 This is reflected in his goals ratio during and after Flick's spell at Bayern.

Flick then left, Julian Nagelsmann came in, and the midfielder's rate dropped. He averaged a goal every 13.0 games in 2021/22 and has been going at a goal every 7.66 games prior to this break.

He also scored two across Germany's six Nations League games, a campaign against other 'top level' teams that saw at least two shots come in half of those fixtures.

In a game where Germany are expected to have the majority of the chances, backing Kimmich to strike is the value play.