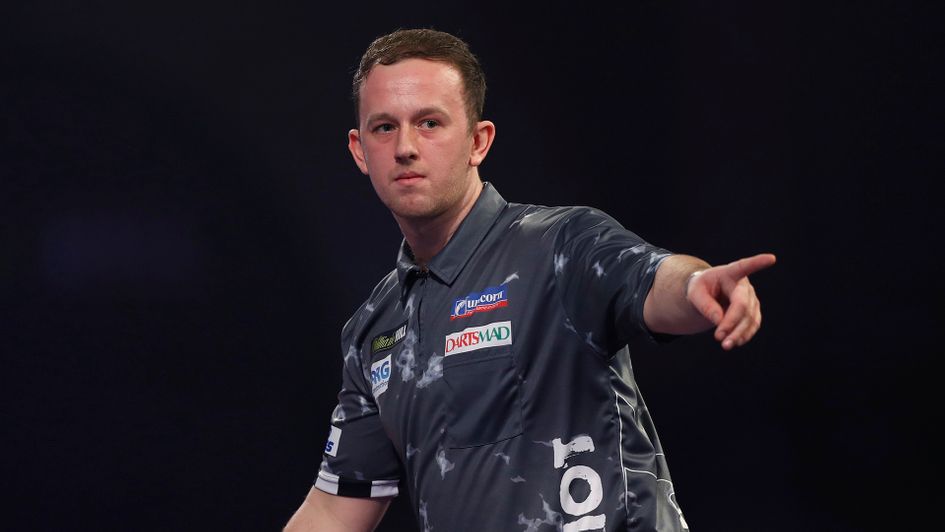 Callan Rydz won his first senior PDC ranking title at Players Championship 2 in Bolton thanks to an 8-7 victory over Jonny Clayton in the final.

The 22-year-old survived a match dart from defeat back-to-back ProTour runner-up Clayton in a thrilling finale to ensure a dream start to just his second year as a PDC Tour Card Holder .

Previously a winner on the Challenge and Development Tours, Rydz came out on top of the 128-player field on the second day of the new ProTour season at the Bolton Whites Hotel.

"It feels amazing," said an emotional Rydz. "I've played well all day and taken my chances when I got them. The 127 I took out in the final was massive.

What a performance from the 22-year-old as he beats Jonny Clayton 8-7 to secure his first ever PDC ProTour title! pic.twitter.com/kfMnXnh02U

"I've felt confident all day. Last year I lost a lot of games 6-5, now I'm a bit more experience and consistent I'm coming out on the right side of those scorelines.

"I said to my manager last night 'I feel like I can win one of these' and I'm so happy to have done it."

The young Geordie inflicted last-leg agony for a second successive day on Masters champion and new Premier League star Clayton, who impressed with a 6-1 defeat of world number two Michael van Gerwen at the last 16 stage.

The Welshman took first blood in the final with a 121 checkout to go 2-1 up before Rydz, competing in his first senior PDC ranking final, punished two missed doubles from Clayton by pinning tops to break back and level at 3-3.

What a day for the 22-year-old 👏 pic.twitter.com/vghKXXQRPe

Rydz looked on course for glory when he tidied up 51 in two darts to go 6-4 in front, only for Clayton to reel off the next three legs, taking out 84 to move within a leg of the title.

With Clayton waiting on 47 for the match after missing a dart at bullseye for the match, Rydz found the same target for a match-saving 127 checkout to send the contest to a final leg.

What a finish to stay in this final and give him the darts in the deciding leg! pic.twitter.com/o9Zd5RnwSu

Rydz also survived a match dart in wins over Boris Koltsov and Alan Soutar earlier in the day, before dropping just one leg in defeating Jeff Smith and Ian White to reach the semi-finals.

There, he scored a 7-2 victory over world number five Nathan Aspinall, who made it to the final four for a second successive day.

Elsewhere, it was another day of disappointment for World Champion Gerwyn Price who suffered a shock second round exit at the hands of Aaron Beeney, while world number three Peter Wright fell at the first hurdle to impressive newcomer Soutar.

Titles won by Gerwyn Price in the PDC last season: 9

Matches won by Aaron Beeney in the PDC last season: 4 (from 32 attempts)

Guess what happened when the two played each other today? Nobody needs to say "anyone can beat anyone in darts" ever again.

Raymond van Barneveld picked up his first win since making his return to the PDC circuit, coming back from 5-2 down to defeat Ryan Murray 6-5 before losing out to fellow-Dutchman Danny Noppert in round two.

Super Series 1 continues on Saturday with Players Championship 3 as the 128 players compete for a further £75,000 in prize money.