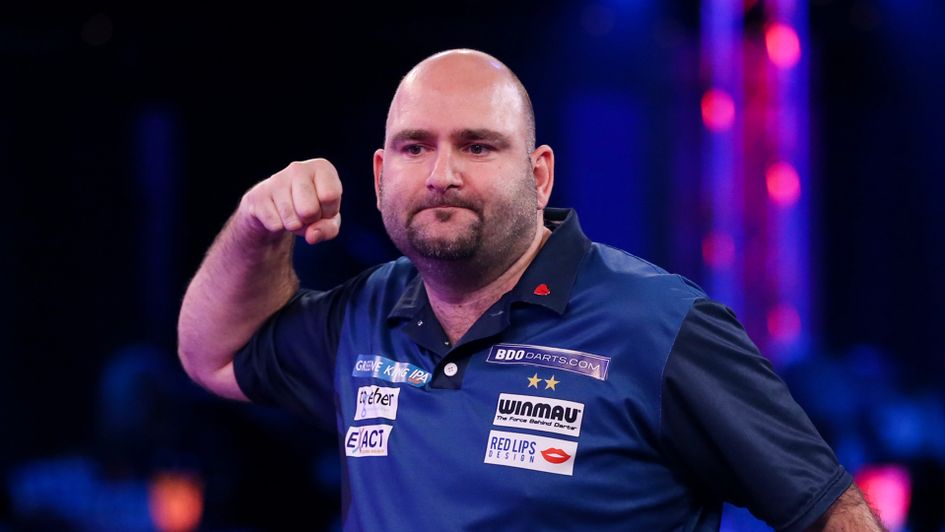 A review of Monday's action at the BDO World Darts Championships, as Scott Waites earned a meeting with top seed Wesley Harms.

Scott Waites and Martin Adams served up an encounter to bring back memories of the Lakeside as the former edged to a 3-2 win.

Granted, the BDO World Championship only departed Lakeside last January, but even so it was hard not to be swept away in nostalgia as these heavyweights of days gone by jousted on the oche.

Waites, who may yet have another world title in him, produced the killer blow in the final set when taking out 116 to break, and then 84 to earn a third-round clash with top seed Wesley Harms.

It was a brilliant finish from the Hartlepool man, who hit double 11 to close out the match, and with every leg won in something between 12 and 20 darts this was a fine advert for the organisation.

This has been my favourite one so far pic.twitter.com/Tq7pv69IAb

"I'm in the tournament. I've got a really tough game next - you know what, if I play like that next game I'm going to get absolutely murdered."

Adams, a crowd favourite even now, was all class in defeat after a match which saw him hit two 180s and take out 124. Surely, he'll be back next year for another go.

Former PDC regular Andy Hamilton got the better of Darren Herewini 3-1, the New Zealander failing to show the same qualities on display during Saturday's preliminary match.

Hamilton averaged 82.59, doing all he had to and showing much more than when falling at the first hurdle a year ago at the Lakeside.

In the last of the evening's matches in the men's event, Paul Hogan beat Adam Smith-Neale 3-0 to earn a clash with seventh seed Martijn Kleermaker in the third round.

'Crocodile Dundee' came within the width of a wire of the second nine-darter in the tournament's history - and first since Paul Lim in 1990 - during a stunning opening set in which he won 3-0 in just 38 darts and had taken out 155 just before his perfect leg attempt.

Hogan, who was tipped at 40/1 by our Chris Hammer in his pre-tournament preview, raced through the second 3-0 and then took the opening leg of the third set before Adam Smith-Neale finally opened his account with two on the trot.

Hogan, however, was not to be denied a swift victory, taking out 84 for a 12-darter before sealing victory nervously with his sixth match dart.

That sloppy end cost him from recording just the 22nd 100+ match average in the tournament's history and first since Glen Durrant managed it two years ago.

Both players averaged in excess of 80, but it was the Japanese who took her chances against an opponent who failed to capitalise on her ability to regularly find the treble 20.

Suzuki was still made to work hard but pinned double four to earn a clash with either Anastasia Dobromyslova or Sharon Prins.

Top seed Harms came through a five-set thriller with Andreas Harrysson to reach the third round of the 2020 BDO World Championships, where he'll face Waites.

The Dutchman, who is one of our Chris Hammer's pre-tournament tips at 10/1, has never reached the final of this tournament despite being one of the strongest players in the organisation and nearly bowed out in the opening round on Monday.

His Swedish opponent Harrysson had impressed during a shock victory over 2019 World Master John O’Shea at the weekend and looked like causing another upset when moving 2-1 up in sets.

Harms found another level to his game to sail through the fourth set 3-0 before opening up a 2-0 lead in the decider.

Although Harrysson refused to lie down with finishes of 52 and 109 to take the match into a tie-break situation, the 35-year-old responded with checkouts of 121 and 57 to get the job done, averaging 91.79 in the process.

Meanwhile, Nick Fullwell beat David Cameron 3-1, while Justin Hood was also a 3-1 winner against Gabriel Pascaru, both victors averaging a shade over 90.