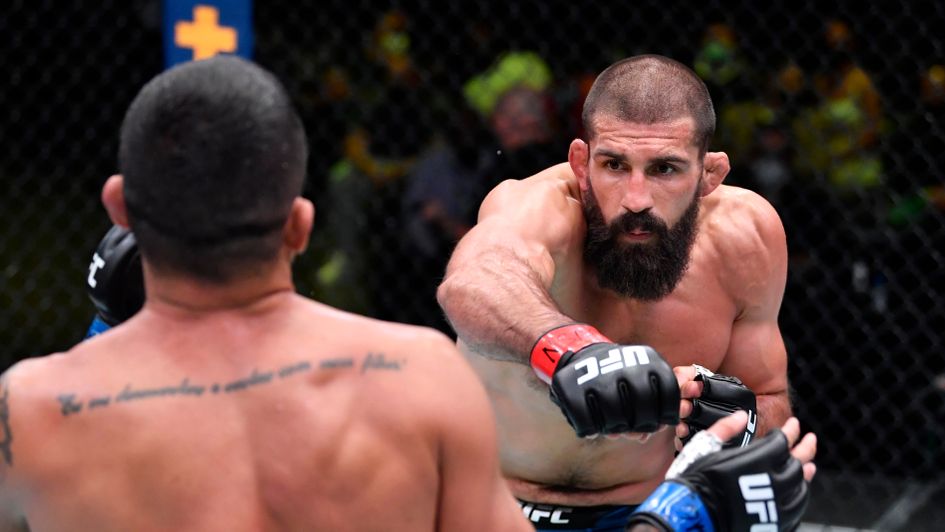 2pts Katlyn Chookagian to win by Decision versus Jennifer Maia at 10/11 (PaddyPower, Betfair)

In November 2019, KATLYN CHOOKAGIAN and Jennifer Maia competed for the right to be named the number one contender and eventually challenge for the Flyweight title. In what was predicted to be an evenly matched affair between two well-rounded athletes, Chookagian ultimately came away the clear winner, putting on one of the best performances in her now 20-fight career.

Blonde Fighter was able to use her physical advantages to perfection in that bout, landing beautiful combinations at distance against the shorter fighter with less reach. Chookagian was outclassing her Brazilian counterpart in all aspects of MMA, successfully defending takedowns and executing her gameplan flawlessly.

However, despite the luxury of having seen this fight play out once before, the betting odds for Saturday night’s rematch are not too dissimilar from their first fight. The key difference in 2019 came from Chookagian’s ability to utilise her physical advantages, which will still be as useful this weekend.

With the fight taking place in the same weight class, as well as neither athlete having altered their styles since, it is hard to see Saturday night’s result looking any different from the first.

Chookagian will make history as the first fighter in the UFC to score 10 wins exclusively by decision if she repeats her 2019 performance, but I struggle to see her finding a finish against a woman that went 25 whole minutes against Valentina Shevchenko.

Therefore, Chookagian to win by Decision is a confident play at 10/11.

JOANDERSON BRITO’s UFC debut is one that many fans have been looking forward to.

The Brazilian’s blistering performance on the Contender Series saw him awarded his 10th consecutive victory, with UFC President Dana White predicting him to be “one of the next great Brazilian fighters” in years to come.

Tubarao fights with tremendous pressure, throwing bombs with great accuracy whenever he gets in close. While the certainly possesses knockout potential on the feet, he can also mix in takedowns and threaten with submissions on the mat.

With such an offensive style, many would expect the cardio of such a fighter to wane in the latter rounds, but Brito has proven he can fight competently for 15 minutes, making him a force to be reckoned with at any point in the fight.

Brito’s opponent, Bill Algeo, also featured on the Contender Series in 2019 but ultimately failed to win. He found his way to the UFC as a short-notice replacement a year later, managing a 1-2 record so far.

Senor Perfecto is a well-rounded competitor that will not be deterred easily, but his takedown defence has left a lot to be desired. Algeo was forced to the mat on 20 occasions across the four aforementioned bouts, leaving him in danger of Brito’s brutal ground striking on Saturday night.

When the American is clearly being outclassed, he struggles to make the appropriate adjustments to tip the balance in his favour.

Against Brito, Algeo will likely suffer a similar fate, where the Brazilian’s relentless pace, powerful strikes and dominant top control will prove to be too much.

The layers have only deemed Brito a slight favourite, which could look incredibly generous in hindsight. Backing Brito to win is something UFC fans should get used to doing, as the Brazilian could be the next big star come Sunday morning.

COURT McGEE is a savvy veteran who has been fighting professionally for 15 years. Known for his durability and persistence, The Crusher has been to a decision in each of his last eight fights, dating back to 2016.

In fact, 19 of his 30 professional bouts have failed to find a finish, meaning that any future opponent must be prepared for a 15 minute war if they stand a chance of defeating the journeyman.

On Saturday night, McGee faces an adversary with a record that could not be more dissimilar to his own. Ramiz Brahimaj is relatively inexperienced in comparison, sporting a 9-3 record that sees all victories coming by way of submission.

All but one of these wins have come in the opening round, showing that Brahimaj is a fast starter that looks to end his fights as quickly as possible.

Unfortunately for the 29-year-old, momentum seems to swing the opposite way if his fights go a longer distance. On the four occasions we have seen Brahimaj venture into the second round, he looks like a completely different fighter that cannot maintain his aggressive grappling style, instead opting to exchange strikes on the feet where he is significantly less comfortable.

Three of these bouts resulted in losses, with two coming by decision, alongside a third round doctor’s stoppage most recently.

The tipping point in this fight against McGee therefore revolves around the opening stanza, and whether or not Brahimaj can secure his ninth victory by first round submission. Considering McGee is yet to tap out in his professional career, I am inclined to side with the veteran here.

The Crusher has faced some high level grapplers over the years, including a decision win over Claudio Silva as recently as May 2021. He should therefore be able to survive the opening barrage on Saturday night, before turning the tide in the second round and picking up yet another decision victory.

McGee should certainly be favoured here, but backing him to win by decision at odds close to 2/1 is possibly the most appealing prop bet on the entire card.