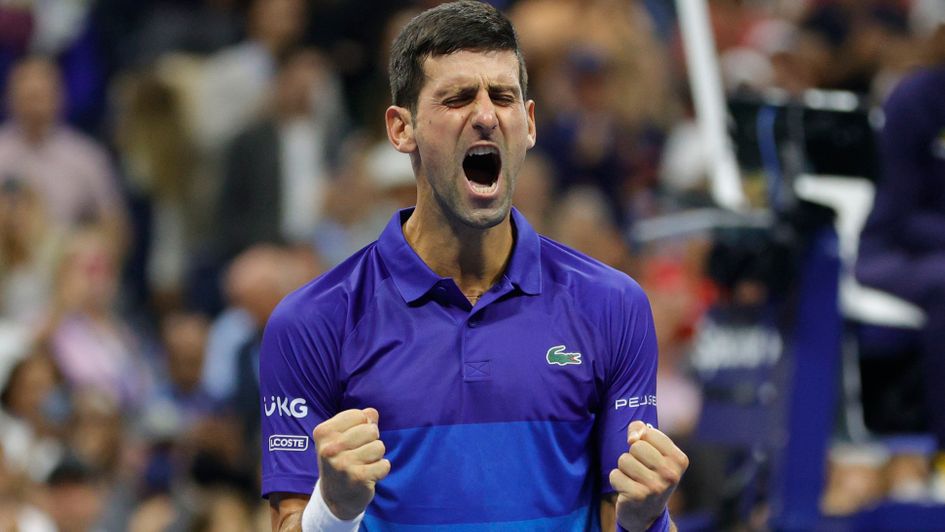 Novak Djokovic goes for glory once more on Sunday night

It’s been a profitable US Open for Andy Schooler’s daily previews. In his last, he picks out a 7/4 shot for Sunday’s men’s singles final between Novak Djokovic and Daniil Medvedev.

“He plays the best tennis when he needs to. Mentally, in the most important moments, I would rather play anybody else but him."

Those were the words of Alex Zverev following his five-set defeat to Novak Djokovic in Friday's semi-final and they are worth taking in ahead of Sunday’s title decider.

Of the two finalists, Daniil Medvedev has arguably impressed the most – he’s lost only one set in getting to the final. But now he faces tennis’ ultimate challenge, beating Djokovic over the best of five sets.

Not only that, he’ll be facing a version of Djokovic probably more motivated than ever before for if the Serb wins this match he will complete the Grand Slam – winning all four major titles in the same year, something last achieved in the men’s game by Rod Laver in 1969.

Perhaps that also brings its own problems. How will Djokovic react if things start slipping away? Will the pressure all get a bit too much?

That was certainly my view at the start of the tournament when I put Medvedev up at 17/4 for the title. He goes into this match at a best of 9/4.

In some sort of justification, Djokovic has only won once in straight sets to get to this stage – the first time that’s happened in his 31 runs to a Grand Slam final – so he’s clearly not been at the peak of his powers.

But there have been signs in his last couple of matches that he is moving through the gears at just the right time.

After dropping the opening set to Matteo Berrettini, Djokovic produced three near-perfect sets, while in the semis he downed Zverev, a player who was on a 16-match winning streak and playing the best tennis of his career.

What's the key to beating Djokovic?

The good news for Medvedev is that he has found the keys to success against Djokovic in the past. He’s actually won three of their last five matches and does have the tools to win this one too. He will need to serve well, a pre-requisite against a returner as good as Djokovic, and mix things up across the course of the match, something he’s more than capable of doing with his disruptive spins, slices and drop shots.

But, rather worryingly for the Russian, Djokovic leads 4-1 on outdoor hardcourts and 3-0 in best-of-five matches. It’s certainly hard to forget Djokovic’s dominant victory in February’s Australian Open final, another match Medvedev came into in flying form with many tipping him to clinch his maiden Grand Slam crown.

I wouldn’t rule it out here but I’m not exactly confident that my ante-post bet is going to land, certainly not confident enough to go in again at the new price.

But neither do I want to recommend a Djokovic win given the history he’s battling – as well as the Grand Slam, the Serb will set a new record of 21 major titles if he wins. He looks short enough at 2/5.

What is the best bet in the US Open final?

Djokovic remains the most likely winner and for those looking to side with him, then the 2/1 about a repeat of February’s result – a straight-sets win – is worth considering.

However, I’m going to head to the sub-markets for my best bet for the final which is no tie-break at 7/4.

There has been just one in the 23 completed sets these two have played in the past.

And despite the increased court speed at this year’s US Open, tie-breaks have been virtually non-existent in the duo’s matches.

Djokovic has played two in his six matches (none in his matches with the big-serving Berrettini and Zverev) while Medvedev is yet to have one of his sets go the full 13 games.

Both men are averaging more than six breaks of serve per match and those previous meetings clearly show that serve has failed to completely dominate their matches in the past.

Of course, you could get the scenario of service breaks cancelling each other out and a tie-break resulting but given those stats a price of 7/4 about no breaker in the final looks worth a try.