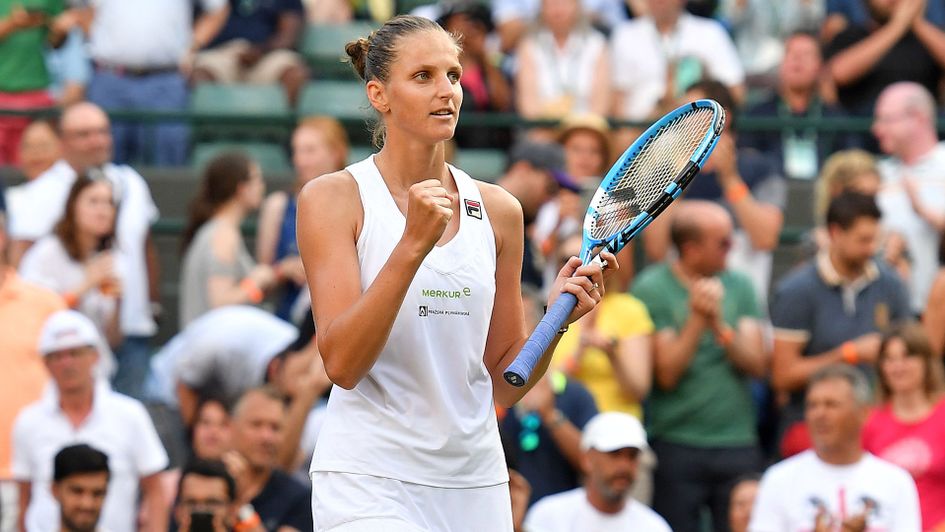 Naomi Osaka has won four of the last six Grand Slam tournaments played on a hardcourt and will bid to defend her title at the 2021 US Open.

Given those statistics, you’d expect her to be going off a lot shorter than 6/1.

But these have been tough times for Osaka, who has become one of the most recognisable faces in sport and certainly a huge star in both the US, where she lives, and the country of her birth, Japan.

She was the poster girl for the recent Tokyo Olympics but, sadly, has also become synonymous with the topic of mental health which has become such a prominent issue in 2021.

Always something of an introvert, earlier this year Osaka revealed she’s suffered from depression and anxiety but only after first trying to unilaterally attempting to change the way media duties are performed on the tour.

Comments which hardly painted journalists in a good light were something of an own goal and undoubtedly connected to her breaking down in tears at a recent press conference in Cincinnati.

That event brought a last-16 exit, as was the case in Tokyo. Having pulled out of the French Open (mid-tournament) and Wimbledon (before it began), Osaka is desperately short on match wins.

There’s no doubt she’s capable of winning here – it was only in February she impressed by winning the Australian Open – but all the signs suggest that right now it’s a big ask.

Despite all her problems, Osaka was still favourite for the tournament until a week ago when world number one Ash Barty took up the mantle.

That was due to her impressive displays in Cincinnati where she won the title without dropping a set.

In doing so, the Wimbledon champion put a shock first-round loss at the Olympics firmly behind her, although perhaps that defeat should not be forgotten in New York.

The heat and humidity was brutal in Tokyo and while such conditions aren’t so consistent in New York, they can still be very draining for the players on certain days.

Given how she’s played over the past few months, I was very tempted to back Barty at 7/2 but I’m not going to pull the trigger.

Who is the best bet at the US Open?

I’m very aware of the poor strike-rate of the favourites at the women’s Slams in recent years – a stat worth remembering is that 10 of the last 17 have seen first-time winners.

If that trend is to be continued here, I think KAROLINA PLISKOVA is well placed to deliver at what looks a tasty price.

Conditions are again set to be quick at this year’s US Open and that will suit one of the biggest servers on the tour.

Her serve played a big part in her run to the Wimbledon final where she only lost in a tight final set to Barty.

She’s racked up plenty of victories since, reaching the Montreal final and the semis in Cincinnati.

Admittedly, Pliskova lost to the week’s surprise package at both events – Camila Giorgi and Jil Teichmann respectively – and that will put some off a player who has too often disappointed on the big stage.

But that said, this is a tournament she’s reached the final of before, again losing in a deciding set in 2016, and there have been two quarter-final appearances since.

She’s won in the fast hardcourt conditions of Brisbane three times in the past and has been triumphant in Cincinnati.

I wrote at the start of the season about how I expected her new coach Sasha Bajin to help fuel her Grand Slam title bids.

He’s a man who knows a thing of two about winning Slams having coached Osaka to two and been a hitting partner for the likes of Serena Williams (absent due to injury here).

Bajin spoke confidently about Pliskova’s development at Wimbledon and belief in the camp should be high.

With doubts hanging over many of those high in the betting – on top of Osaka, Simona Halep and Petra Kvitova have injury issues, while the likes of Bianca Andreescu and Iga Swiatek are struggling for form – I feel Pliskova is overpriced at around 16/1.

She’s in the same quarter as Andreescu – that’s a last-eight encounter I can’t see happening – and it’s not a section which looks hugely threatening. Barty could await in the semis.

Why is Paula Badosa on my radar?

The player I’d most fear in this quarter is PAULA BADOSA, who has played some really good tennis in 2021 and someone who’s been on my radar for a while.

She’s not your typical Spaniard, bringing a great aggression to the court behind a strong serve, but she is prepared to grind out points when necessary.

I’d have been more bullish about her chances here were it not for an injury picked up in Cincinnati within the last fortnight – having beaten both Aryna Sabalenka and Elena Rybakina, she was forced to quit her quarter-final with Pliskova with an arm problem.

Still, signs from practice are she’s ready to go and so my approach will be to take her as a back-up to Pliskova – 17/2 to win the quarter is the bet.

Who could spring a surprise at the US Open?

One other player to emerge in 2021 who has the potential to upset in New York is JESSICA PEGULA.

She’s beaten Pliskova, Osaka and Elina Svitolina in 2021 with her full record against the top 10 this year standing at a decent 6-6 – not bad for a player ranked 25th.

Her win over Svitolina came during a run to the quarter-finals of the Australian Open, while she’s also been to the last four on the hardcourts of Doha (as a qualifier).

More recently she made the semis in Montreal to prove her game is in good shape ahead of the US Open.

Montreal you were a beaut this week thanks for the love. We keep working ✨@OBNmontreal pic.twitter.com/DO5lfN5UHi

She hits a pretty flat ball which has the potential to rush opponents at Flushing Meadows given the Laykold courts are playing fast.

Pegula is in Barty’s quarter of the draw and could have to face Olympic champion Belinda Bencic in round three.

But, buoyed by capacity crowds which will make a welcome return at a Grand Slam tournament, the home hope looks worth a punt at 66/1.

Who is the pick in the bottom half of the draw?

My final pick comes in the bottom half of the draw where I’ve already said I’m prepared to take on Osaka.

Sabalenka and Svitolina are other leading seeds in this section but both are players who have consistently disappointed at Grand Slam level. Neither has made a final yet with consistency often proving a problem.

The suggestion is to oppose them and back ANGELIQUE KERBER, whose form over the past couple of months is stronger than all bar a handful in this field.

She warmed up for Wimbledon by winning in Bad Homburg and used that springboard to take her to the last four in SW19.

She opted out of the Olympics to focus on this event and that decision looked a good one in Cincinnati where the German made the semis.

Kerber’s run of form means she’s won 14 of her last 16 matches with both losses coming against the world number one, Barty, who she can’t meet here until the final.

Her counter-punching game has always seen her go well on fast courts, while she’s one of the best on tour at digging out low bouncing balls. Qualifying suggests there could be a few of them in the coming fortnight.

In good form and with a decent record at the venue, 40/1 looks too big about Kerber’s chances.