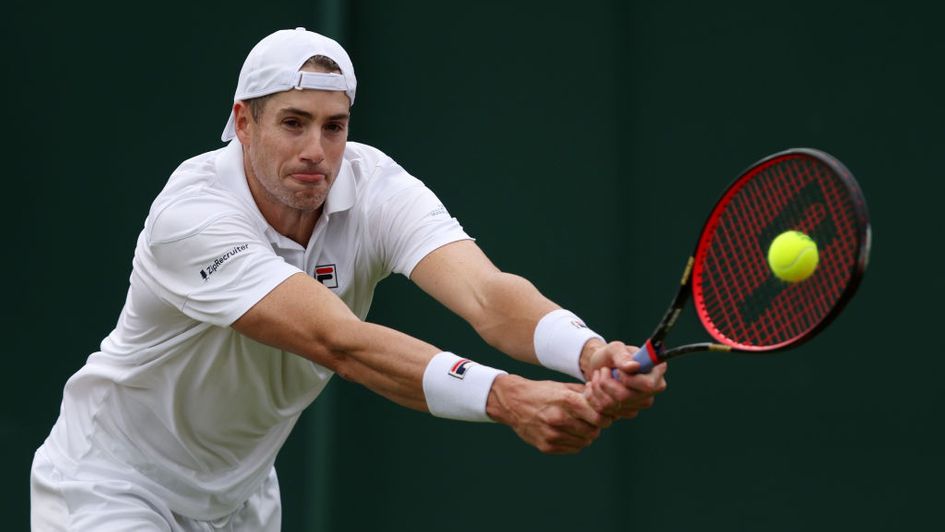 Wimbledon may be over but the tennis continues this week – Andy Schooler brings you his best bets for the ATP action in Bastad and Newport.

Post-Wimbledon on the ATP Tour brings a mini-clay swing, at least in Europe.

It’s one Casper Ruud dominated in 2021, becoming the first player in a decade to win three ATP titles in consecutive weeks, a run which began at this tournament in Bastad.

Ruud is favourite to retain his title but it’s worth remembering that the highest-ranked player he beat in his hat-trick run of 12 months ago was the world number 49.

We’ve got a much stronger field here this year than last with five of the world’s top 20 involved and the eight seeds all inside the top 35.

Most notable is the presence of Andrey Rublev, the player Ruud is seeded to face in the final.

If that meeting does unfold, Rublev’s 3-0 record on clay against Ruud (and 4-1 overall) will be a problem for favourite backers.

Whether Rublev makes it that far is open to question though.

Banned from Wimbledon, the Russian has played just one match since exiting the French Open on June 1 – and he lost that. 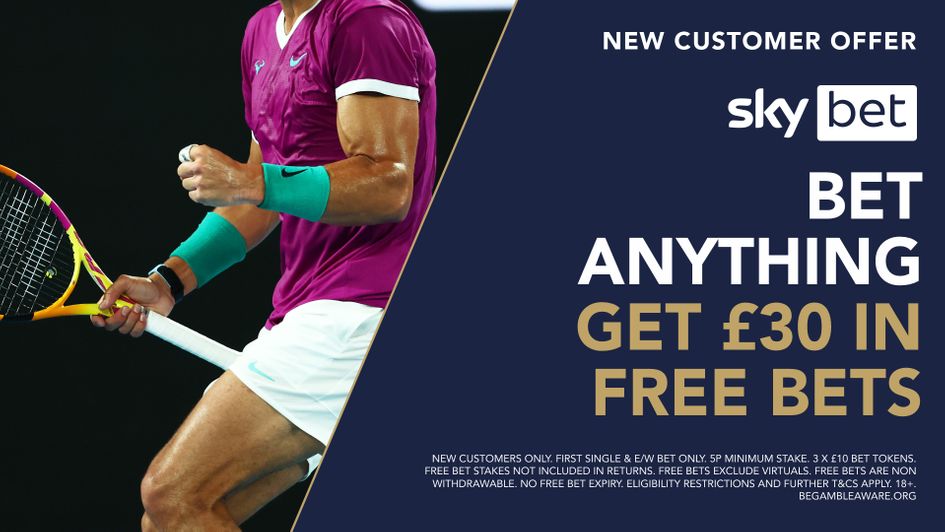 A return to clay will likely suit but Rublev looks likely to face a tough opener in the second round against last year’s runner-up, FEDERICO CORIA, who has enjoyed some more good results on this surface in 2022.

During the South American ‘Golden Swing’ in February, he made the last eight in both Buenos Aires and Rio de Janeiro and after crossing the Atlantic, the Argentine reached the semis in Marrakech.

Coria then beat Pablo Carreno Busta in Lyon and more recently claimed a Challenger Tour title just prior to Wimbledon.

After quickly collecting his Wimbledon prize money following a first-round exit, he’s already been back on the clay, making a Challenger quarter-final in Germany only last week.

In what would be their first meeting, an upset would not surprise me and that would blow open the bottom half of the draw.

I’m tempted to get involved with the Argentine at odds of 50/1, albeit to minimum stakes.

The other player I like in terms of a value pick in the bottom half of the draw is another Argentine, SEBASTIAN BAEZ.

After a strong 2021 on the Challenger Tour, he’s certainly made the step up to the main tour this season.

He reached his maiden tour final in Santiago in February before breaking his title duck in Estoril a couple of months later.

The draw for the ATP tournament has been made and the first round looks as follows.

which two do you think will meet in the final?

More recently, the 21-year-old made the quarter-finals in Lyon, only losing to eventual champion Cameron Norrie 7-5 in the third set.

Then at Roland Garros he pushed the eventual semi-finalist Alex Zverev to a fifth set, dominating the early exchanges with some spectacular claycourt tennis before fading. There’s no five-set issue for Baez this week though.

Alejandro Davidovich Fokina and Roberto Bautista Agut are potential tough hurdles in his section of the draw but I’m still happy to back him at 18/1.

Ruud looks less opposable than Rublev but for those looking for an alternative, perhaps Albert Ramos Vinolas could be one to trouble him (they recently played two tie-breaks at Wimbledon).

The Spaniard won this title in 2016, while he’s also been to the semis in 2019 and three other quarter-finals.

He’s made 10 career finals on this surface, the most recent in Cordoba earlier this season when he delivered this column a winner by claiming the title as a 14/1 shot.

At 33/1, there’s potential in backing ARV but his poor record against likely foes Carreno Busta and Diego Schwartzman means I’m happy to leave this section alone.

As they head back onto the clay in Europe, the grasscourt season concludes on the other side of the Atlantic.

As ever, it’s attracted plenty of players who prefer a faster surface and this year the line-up includes former Wimbledon champion Andy Murray for the first time since a semi-final run as a teenager in 2006.

At times, Murray played some good stuff on the European grass, reaching the final in Stuttgart, but he is in the trappy top half of the draw and I can’t back him at 10/1 given the awkward opponents he could have to face. 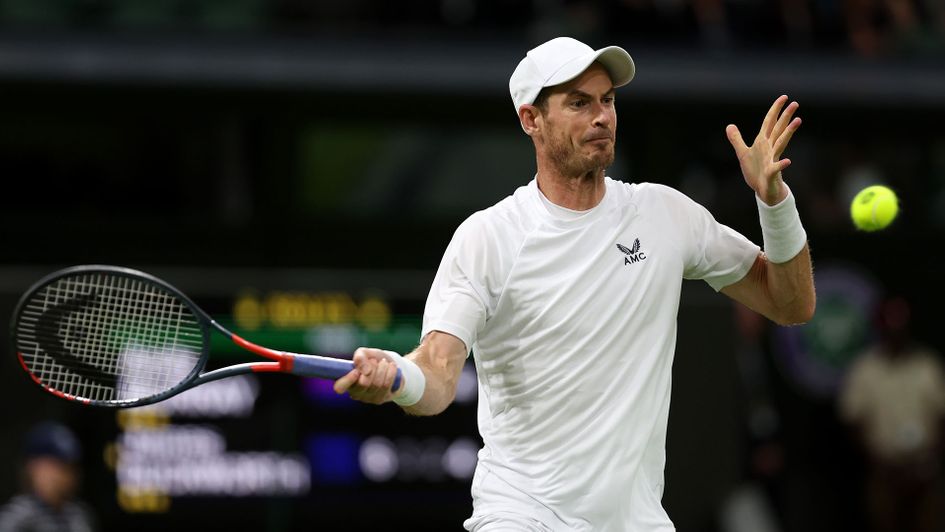 Sam Querrey is first up with Adrian Mannarino likely to follow. The quarter-finals could pitch him against Alexander Bublik or Jack Sock, with top seed Felix Auger-Aliassime potentially awaiting in the last four.

There’s no way I’m backing FAA at 4/1 given he’s won just one ATP title in his career and the fact that he flopped at Wimbledon, making a first-round exit.

I’ve also run out of patience with Bublik, who again threw in the towel too easily at Wimbledon when the draw had opened up for him.

Sock is maybe the best bet for those seeking value.

Across all levels, he’s won 12 of 15 matches on the grass and caused an upset at Wimbledon where, as a qualifier, he defeated Eastbourne champion Maxime Cressy en route to round three.

This is venue at which he’s twice made the semis so 20/1 could appeal to some.

Still, I’m going to swerve this section and instead head to the bottom half of the draw where JOHN ISNER is the man seeded to make the final.

The home hope played a fine match against Murray at Wimbledon before losing to Jannik Sinner. Although that contest was settled in straight sets, there were only two breaks of serve so he was hardly outclassed.

Isner has won this tournament four times previously, most recently in 2019, so he’s certainly not a player who sees the post-Wimbledon period as one for a quick rest.

He’ll be viewing this as a good opportunity and, with a first-round bye, he’ll only need to win four matches to claim the title again.

The biggest dangers, at least according to the layers, are Cressy and Tim van Rijthoven, the Dutchman who famously won the title in Den Bosch last month having previously failed to win a match on the main tour.

However, the draw means only one of them can make the quarter-finals so I wonder if JIRI VESELY is a viable alternative.

He enjoyed a good win over Alejandro Davidovich Fokina at the Wimbledon but the long nature of that five-set win left him struggling in the following round as he was brushed aside by Tommy Paul.

He won’t be playing long matches this week though and with his strong left-handed serve always a threat on this surface, I can see him progressing past Feliciano Lopez and then either Stefan Kozlov or Steve Johnson.

Then could come van Rijthoven or Cressy, a match which would likely be a serve-dominated battle.

Vesely didn’t pull up any trees in his Wimbledon warm-up events on the Challenger Tour but it’s worth looking at his defeats in Nottingham and Ilkley.

At the former, he lost to Briton Ryan Peniston, who went to to beat Casper Ruud at Queen’s and made back-to-back quarter-finals on the main tour.

And at the latter he was downed by the aforementioned Sock. Notably, both matches went to 7-6 in the final set.