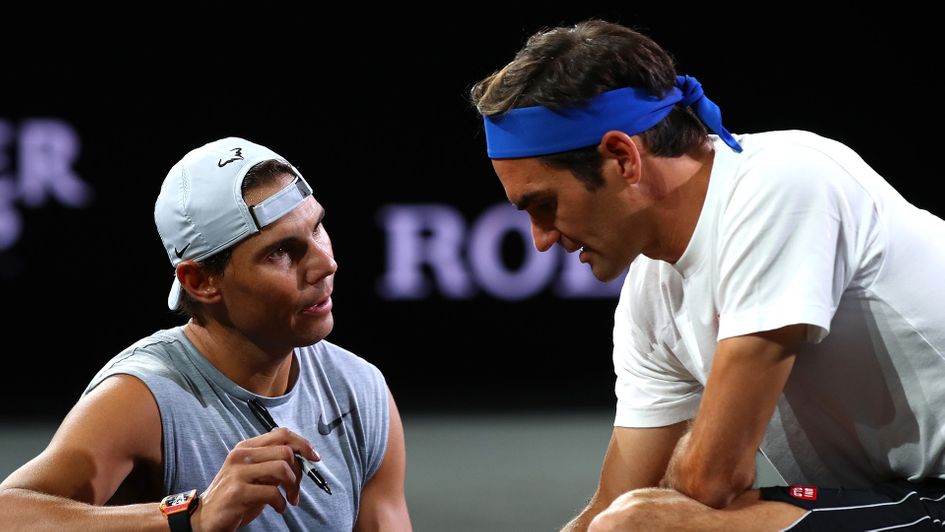 Roger Federer will play the final match of his career partnering Rafael Nadal in doubles at the Laver Cup.

Federer and Nadal, a 22-time major winner, will face Frances Tiafoe and Jack Sock of Team World at London’s 02 on Friday night at around 9pm.

Earlier in the evening Andy Murray, making his debut at the Ryder Cup-style event, will take on Australia’s Alex De Minaur.

Imagine being coached by Rafa Nadal and Roger Federer 😍 pic.twitter.com/Q2J4jAHgno

It is held at the The O2 Arena in London from 23 until 25 September.

What TV Channel is it on?

What is the format?

Each team has a squad of six players (plus reserves). There are 12 matches played across the three days, including nine singles (three per day) and three doubles (one per day). Each match victory is worth one point on day one, two points on day two and three points on day three - and it's the first team to each 13 points that wins the tournament. All matches are played as best-of-three, with a 10-point tiebreaker if play goes to a third set

Each player is picked once or twice for singles, with at least four of the six taking part in doubles. If there's injuries, then reserve players can be used.

What are the team line-ups and captains?

What is the schedule?