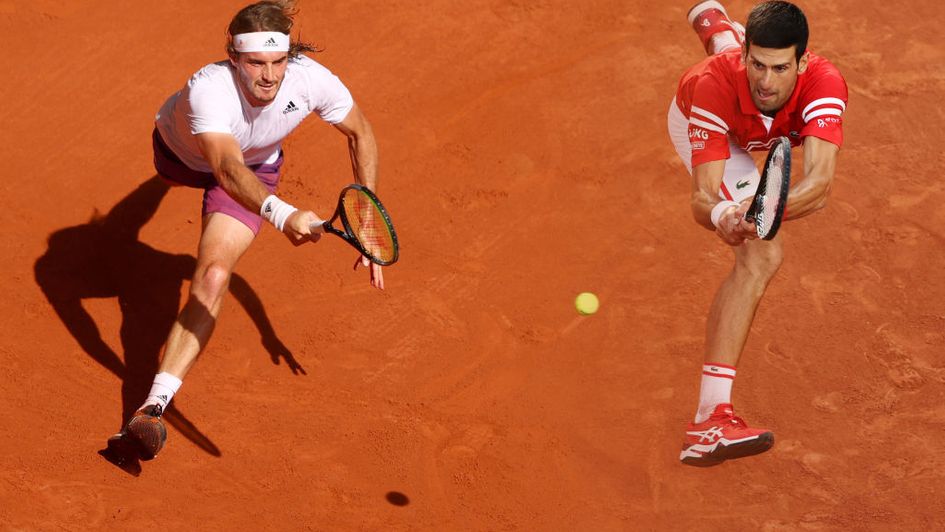 Rafael Nadal in action at the French Open

Djokovic could be forgiven for thinking he’s due a trophy following his remarkable performance in Friday night’s semi-final.

But handing down Rafael Nadal’s third defeat in 108 Roland Garros will mean little to the Serb if he fails to win Sunday’s title match against maiden Grand Slam finalist Tsitsipas.

There’s certainly potential for both a physical and mental struggle following that battle, which lasted more than four hours.

However, Djokovic was very much there physically at the end of the match – come the fourth set he had taken Nadal’s legs away enough to make the difference with the Spaniard’s footwork not up to its usual standards.

Djokovic moves into his 29th Grand Slam final. Only Roger Federer (31) has played in more on the men’s side. #RolandGarros

Given he’s 34, it’s not exactly certain how his body will react to such a test but there have been numerous examples both in the recent and distant past of Djokovic recovering just fine between matches, most famously at the Australian Open in 2012 where he beat Andy Murray in five hours on the Friday before returning to topple Nadal is just under six two days later.

In any case, he’ll be facing a player whose semi-final lasted almost as long – Tsitsipas will probably be kicking himself for not finishing off Alex Zverev in straight sets. Having opened a two-set lead he eventually crossed the line in five, a potential advantage now gone.

As for the mental aspect, is it really a concern for the world number one?

He’s arguably the toughest player out there mentally and he’s shown terrific fortitude over the past week.

When he found himself two sets down to Lorenzo Musetti there was no panic. Instead he simply seemed to flick a switch. Within an hour the match had turned on its head.

Then against Nadal he was able to put aside early woes which saw him 5-0 down and also saved a set point in the crucial third set before winning it on a tie-break.

But above it all it was simply the level of tennis he brought to that match which was the most impressive aspect. It was just the latest example of Djokovic bringing his very best to the table when it really mattered.

That also occurred in this year’s Australian Open when Daniil Medvedev was being very much talked up (including by me, it has to be said) but the Russian was swept aside.

Given how Djokovic played on Friday, it’s not difficult to envisage this one going the same way – a straight-sets win for the 3/10 match favourite can be backed at 7/4. 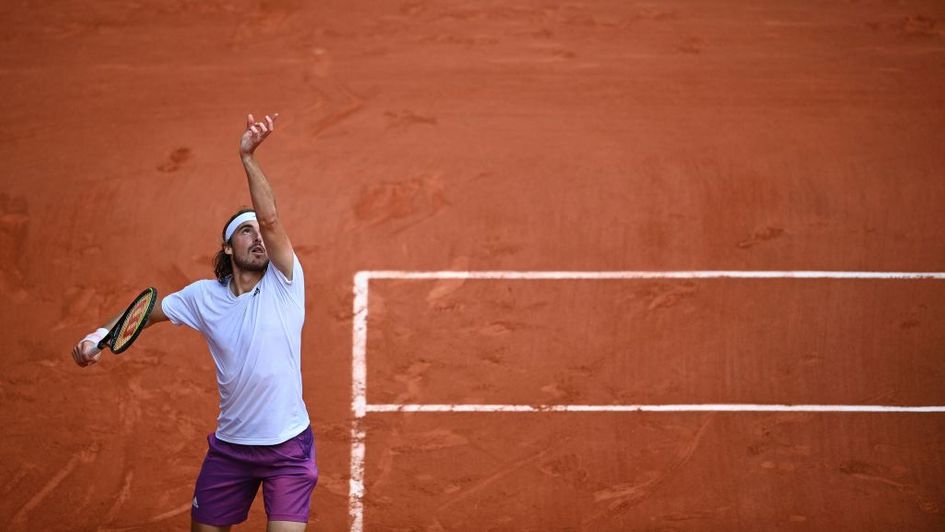 Regular readers will know we’ve got him on the outright coupon from our pre-tournament preview and that was primarily due to the fact he proved in April and May that he’s right up there with Djokovic and Nadal on the clay.

While he missed match point against Nadal in Barcelona, it is his Rome clash with Djokovic which is most relevant here.

In that, the Greek served for the match before losing 7-5 in the third. It was a very close encounter and the standard of play was largely very high.

The problem for him here is he must now deal with a new situation – the Rome match was a Masters 1000 quarter-final but at Roland Garros a Grand Slam title in on the line and Tsitsipas has never played in a contest with so much at stake before.

He’s also never beaten Djokovic on this surface (down 3-0 and 5-2 overall) so there will surely be some doubts in the 22-year-old’s mind.

With Djokovic having dialled in to his top level so well – not something I really expected pre-event – I fear for that 28/5 outright bet.

The straight-sets play is to be considered but for my best bet in the match, I’ll turn to the sub-markets where NO TIE-BREAK again looks a decent price.

We tried this in the Djokovic-Nadal semi and it may well have won had Nadal converted set point in the third at 6-5.

Here we have two players who have only played one tie-break in their seven matches against each other and that was on a hardcourt. On clay, none of their 10 sets has gone the distance.

Djokovic’s stellar returning should create plenty of break opportunities – there were a total of 38 break points in his semi-final.

There were also 37 in their three-set Rome match, 14 of which were on the Djokovic serve, so all things considered this looks worthy of support at 49/50.