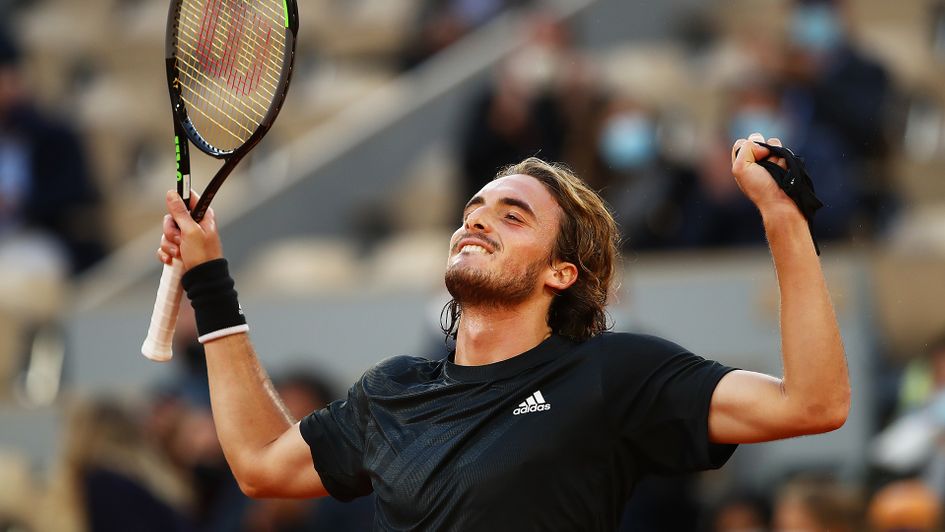 For those in need of a dose of normality – and I suspect there may be a few of you out there – just take a look at the French Open market.

Rafael Nadal will again be going off an odds-on favourite for the French Open. It’s like the good old days of 2019 are back.

Win at Roland Garros this year and Nadal will set a new record for Grand Slam men’s singles titles of 21, leaving long-time rival Roger Federer behind on 20.

There’s no doubt it’s hard to bet against him and plenty will be happy to pile in at 5/6. After all, this is a man who has won 100 matches at this venue, losing only two.

Even the pandemic could not knock Nadal out of his stride in Paris. The 2020 tournament was played in much slower conditions – in the cooler, damper months of September and October – but Nadal didn’t even drop a set.

Is Nadal worth backing at Roland Garros?

Still, I want to be fully convinced by a player to back them at 5/6 and even with his history at the tournament, I’m not at that point.

The main reason for that is Nadal has not been at his brilliant best in the lead-up to this event.

He began the claycourt season with a quarter-final defeat to Andrey Rublev in Monte Carlo and also lost at the same stage in Madrid.

Of course, he did still win the titles in Barcelona and Rome, beating his main rivals for this crown – Stefanos Tsitsipas and Novak Djokovic – in the respective finals.

However, on each occasion Nadal also came within a point of not winning those trophies – Tsitsipas held match point in the Barcelona final before losing, while Denis Shapovalov missed two such chances to beat Nadal in Rome.

Even Francisco Roig, part of his coaching team, has admitted Nadal’s movement has been below par.

A Wilson ball replaced a Babolat one at the French Open in 2020. It was generally regarded as slower and more difficult for generating top spin, certainly in the manner Nadal does.

This will be its first outing in the spring conditions and it will be interesting to see if that has any effect.

Finally, the draw could have been a lot kinder to the defending champion.

Most significantly, Djokovic is in Nadal’s half with the two seeded to meet in the semi-finals this year following the Spaniard’s slip to third in the world rankings.

But before that there could be some awkward tests too, with first-round foe Alexei Popyrin having the sort of big game which could cause some trouble.

Djokovic is regarded as the most likely winner outside of Nadal and there’s an argument to suggest that odds of 4/1 are generous.

The 2016 champion is a player I’ve picked as an alternative to Nadal in each of the last two years and this time around he’s a bigger price than he was then.

Djokovic has been able to live with Nadal on clay in the past – he’s actually won five of their last 12 on the surface.

However, his most recent win was back in 2016 with Nadal having won the last five, including in brutal fashion here in last year’s final.

The Serb is another who hasn’t been at his best during this clay campaign, losing to Dan Evans in Monte Carlo and Aslan Karatsev in Belgrade.

A return to the latter city over the past week for a final warm-up event also seems a risky strategy, certainly one a long way from what he’s been used to over the years coming into what is the ultimate physical test in tennis – best-of-five sets on clay.

Who is the best bet in the French Open?

I can overlook Djokovic this year and turn instead to a man who I have been very impressed by on the clay in 2021, STEFANOS TSITSIPAS.

The Greek was the big winner in the draw, avoiding both Nadal and Djokovic and instead landing in the half of second seed Daniil Medvedev, a renowned clay hater.

Two-time runner-up Dominic Thiem and Madrid champion Alex Zverev are also in the bottom half but both are in a different quarter to Tsitsipas, who could barely have hand-picked a better route to the semis.

Admittedly, that’s reflected in his price which was cut following Thursday’s draw, but I felt Tsitsipas was a genuine contender prior to the names being pulled out. I’m more convinced now.

He’s played some excellent tennis on the clay over the past couple of months, winning his first Masters 1000 title in Monte Carlo.

However, it has been his ability to stick with Nadal and Djokovic in crunch matches that has particularly caught the eye.

He missed that one match point against Nadal in Barcelona and wasn’t too far away from beating Djokovic in Rome either – he led by a set and a break and also served for the match in the decider.

His movement certainly appears to have gone up another notch, while the 23-year-old looks ready to hang with the world’s best physically too these days.

At last year’s French Open he fought back from two sets down to force a decider with Djokovic in their semi-final, while at this year’s Australian Open he became only the second player to beat Nadal from a two-set deficit at a Grand Slam.

Some will suggest Tsitsipas’ recent near-misses against both men have put a mental dent in his chances here but I’m of the opposite view. I think the Greek now knows he can genuinely challenge the best on clay and is a title threat at this event.

He has beaten Nadal on clay before and I’m prepared to back him at around 5/1 to end the Spaniard’s reign in Paris.

Nadal, Djokovic and Tsitsipas are all odds-on to win their respective quarters but it’s worth taking a close look at the other section of the draw.

The third quarter is that of fourth seed Thiem, twice a runner-up at Roland Garros.

However, this year he arrives in a funk, the Austrian having struggled for form during the current clay swing.

He came into it having openly spoken about struggling mentally, both with the hangover of Grand Slam glory at last year’s US Open and of life in tennis’s Covid-enforced bubble. Injuries have also played their part in some disappointing losses, the most recent coming at the hands of Cameron Norrie in Lyon.

He’s been handed a wretched draw, too, with Pablo Andujar and Federico Delbonis – his likely first two opponents – both in decent form on the red dirt.

Ruud not to consider in-form Norwegian

Then could come Fabio Fognini, while CASPER RUUD is Thiem’s seeded last-16 opponent with Madrid champion Alex Zverev potentially awaiting the winner of that.

The altitude in Madrid helps Zverev’s game but it’s slower here and he’s never been beyond the last eight in Paris.

He’s made the semi-finals at his last three Masters events on clay, including in Monte Carlo and Rome this year.

The Norwegian’s under-rated serve has again been paying dividends with only four players having won a higher percentage of service games on clay in 2021 – and two of those are the huge-serving duo John Isner and Reilly Opelka.

Followers of my ante-post tips for this year’s Slams will already have the Norwegian running at 150s, a price that’s long since gone. He’s 50/1 now but given he’s lacking a track record of beating the very best, the quarter betting has a much greater chance of success, and he was a huge 40/1 with both Paddy Power and Betfair.

That wasn't around for long, but I would be happy backing Ruud at anything around the 7 or 8/1 mark. 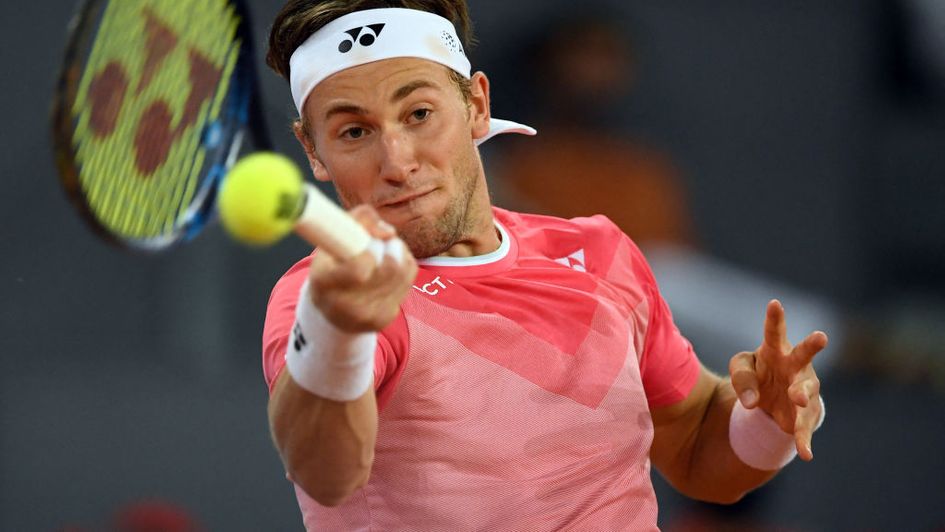 I have one other suggestion in this section and that’s to back KEI NISHIKORI each-way at a whopping 300/1.

I’ve mentioned the Japanese a few times in this column this season, usually to flag up that he’s shown a sign of improvement and taken a step closer to his best form which once propelled him to a Grand Slam final (the 2014 US Open).

In short, Nishikori has been competitive against the top title contenders here and none of them is in his section of the draw.

Karen Khachanov, Roberto Bautista Agut and Zverev are the seeds Nishikori may have to face before the quarter-finals where Thiem or Ruud may lie in wait.

That’s far from the hardest draw around and Nishikori has regularly performed well in Roland Garros – he’s made three quarter-finals here and reached the last 16 on three other occasions.

I suspect Nishikori may use up too much energy in the early rounds – that or see his brittle body let him down again – but I still can’t resist a minimum-stakes play at 300s given where he’s landed in the draw.

Frankly the price looks rather disrespectful.