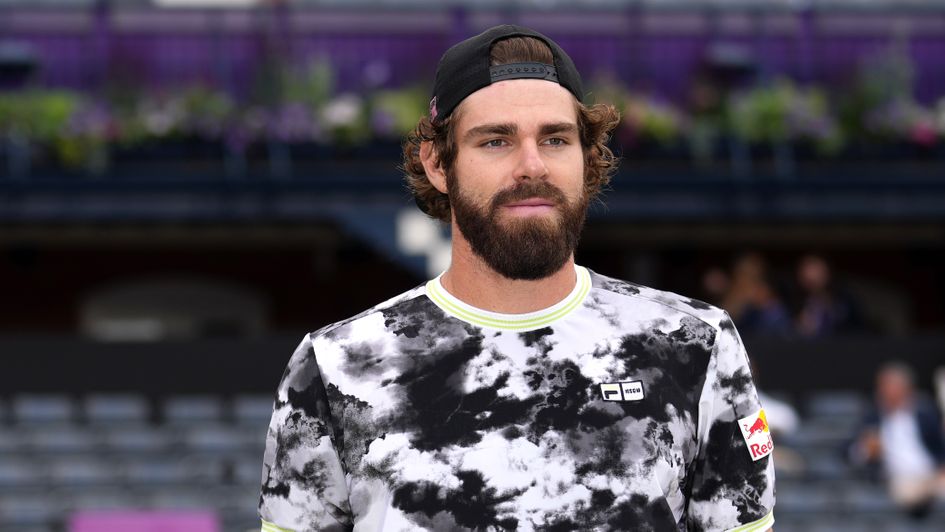 After a frustrating week which brought no fewer than three semi-final losers, Andy Schooler has picks at 25/1 and 300/1 for this week’s Citi Open in Washington.

After almost eight weeks away from the match court, Rafael Nadal will return to action by making his debut at the Citi Open in Washington.

It’s the start of the road to what he hopes is US Open glory. Given his dominance on clay over the years, it’s often forgotten that the Spaniard has got a pretty strong record on the North American hardcourts, particularly in most recent years.

He’s a four-time winner of the US Open, claiming two of the last four titles in New York, a stat made even better by the fact he didn’t play in 2020.

Nadal has also won the last two Canadian Masters events so it’s no wonder he’s chalked up as the firm favourite.

However, a best price of 2/1 isn’t for me given his recent hiatus.

Adding Washington to his schedule for the first time is an admission he needs matches under his belt but with Masters 1000s to come in Toronto and Cincinnati in the following fortnight, I suspect this is very much about shaking off the rust and getting back in the groove.

A competitor like Nadal is unlikely to hold anything back but there has to be a question over the sort of form he’s in and he’s certainly not used to taking an eight-week break at this point in the year.

Admittedly this isn’t the toughest draw he’ll ever face – there are only two other top-20 players in the field and not too many you’d expect to be challenging the Spaniard – but I’m not interested in such a short price.

I’d much prefer to try to find the finalist from the other side of the draw, one where market fancies Felix Auger-Aliassime and Jannik Sinner look worth taking on.

Second seed Auger-Aliassime lost in the first round of the Olympics last week to alternate Max Purcell, a worrying defeat for anyone considering backing him here.

The Canadian also still has the millstone of no ATP title hanging around his neck – he’s now 0-8 in tour-level finals and I can’t be having him at 10/1 in what looks a pretty open field.

Likewise Sinner can be opposed at a slightly bigger 11/1.

He also lost his opening match last week – to Christopher O’Connell in Atlanta.

That’s a venue which plays pretty fast and that’s also usually the case in Washington where a SportMaster hardcourt has been in use since 2016.

The winners since that surface was laid have been Nick Kyrgios, Alex Zverev (twice) and Gael Monfils. There are some pretty big serves there and the list says much.

Sinner’s serve is a decent one but I suspect it will be a bit quicker than he’d like off the ground and with the Italian having struggled for wins in recent months, I’ll happily look elsewhere.

Given what I’ve said about the conditions and big servers, REILLY OPELKA gets the nod at 25/1.

The eighth seed had his booming delivery in good working order in Atlanta last week where he hammered down 48 aces in his two matches before losing in a final-set tie-break to Taylor Fritz.

He was broken just the once with all five sets going to a tie-break.

I’ve often written about how the American players perform best on home soil and it’s worth mentioning that Opelka’s two ATP titles have both come in his home country – in Delray Beach last season and indoors in New York in 2019.

He’ll likely open against compatriot Tommy Paul, a player he beat in their only previous meeting. John Millman, Auger-Aliassime and Alex de Minaur will follow if the seedings play out – and clearly I’m not convinced they will.

Essentially, that looks a pretty decent route to the final so 25s is worth a try.

De Minaur is in the third quarter of the draw and having reached the final here in 2018 clearly warrants respect.

However, he hasn’t played since a first-round loss at Wimbledon to Seb Korda.

Maybe he’ll be able to flick the switch back on but while he won a hardcourt title in the opening week of the season in Antalya, the Australian has gone 3-6 on the surface since then.

If De Minaur does flop again, Korda and Atlanta semi-finalist Emil Ruusuvuori could both take advantage in this section but I’m going to take a real punt on STEVE JOHNSON.

He’s another American who’s produced his best over the years in his homeland – three of his four ATP titles have come in the US and four of his six final appearances.

A record of 5-7 in 2021 hardly suggests he’s going to win here but there’s a particularly good reason why Johnson hasn’t won – or competed – as much as he’d like.

On New Year’s Eve, his daughter, Emma, was born in California while he was in quarantine in Melbourne. Complications meant she had to spend almost a week in intensive care and later had surgery.

All is now fine but this personal nightmare meant Johnson did not play until mid-March – five months after his previous competitive match.

But if you look at his results since he set foot in Roland Garros, Johnson’s form isn’t too bad.

He made the third round in Paris and then pushed Taylor Fritz to 6-4 in the fifth at Wimbledon.

A return to North America would have been a massive boost both personally in terms of seeing his young family and professionally with the hardcourts the surface he’s most used to.

He was a quarter-finalist in Los Cabos where he lost to Fritz and his compatriot beat him again in Atlanta last week, although again the match went to a final set.

Johnson plays at his best when his serve is working well and that aspect has been good in recent matches.

He’ll need the first shot to fire this week but if it does, he’ll certainly have a better chance than odds of 300/1 suggest. Indeed, any three-figure price looks OK.

He’ll need to beat De Minaur in round two but Johnson did win their most recent clash, at Wimbledon in 2019, and if he manages to repeat then the draw looks pretty open.