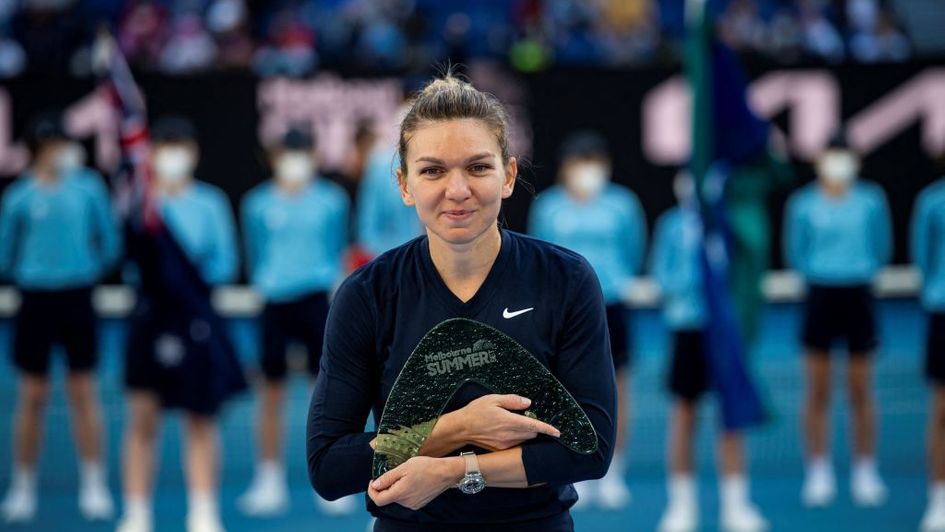 The wide-open nature of women’s tennis has Andy Schooler chasing a big-priced winner in his outright preview of the 2022 Australian Open.

At that point, the American had won six of the last 10 Grand Slam titles and was the dominant force in the women’s game.

But, due to pregnancy, she wouldn’t play for more than a year, has never returned to her brilliant best and her departure from the top table has left women’s tennis wide open.

Over those five years, there have been 14 different winners of the 19 Grand Slam tournaments held, with only three players winning multiple major titles.

There have been some huge upsets, none more so than Emma Raducanu’s stunning success at September’s US Open – the only time a qualifier has won a Grand Slam title.

The period has also seen big-priced winners such as Jelena Ostapenko and Iga Swiatek at the French Open, while few saw Sofia Kenin’s triumph here two years ago coming.

So, while picking the winner of a tournament like this may sometimes feel like an impossible job, perhaps we should take heart from the fact that there have been some huge rewards on offer for those prepared to hunt.

The potential for upsets at this level should certainly be taken into account when looking at this year’s event so, without further ado, here’s my quarter-by-quarter look at the draw.

The main line to come out of Thursday’s draw was always going to involve defending champion Naomi Osaka, given she is seeded only 13th this year following her slide down the rankings.

And she duly landed in the same section as top seed Ash Barty.

It means the top two in the outright betting could meet in the fourth round (they are level at 2-2 on the head-to-head).

Wimbledon champion Barty, at 3/1, is the title favourite. She hit the ground running last week in Adelaide, beating some quality opponents in impressive fashion. On that form, she is the one to beat, although it’s worth remembering that she’s yet to reach the final in Melbourne and only once has she gone beyond the last eight.

On the ‘course form’ front, Osaka (7/1) has a much better record. She’s won two of the last three stagings of this tournament and has shown over the past three seasons that when she’s at the top of her game she’s the best hardcourt player in the world.

But is she at the top of her game? The answer is probably no.

Osaka has played only 17 matches since her triumph here last year, losing six of them. Having to deal with depression and anxiety severely disrupted her 2021 season.

The good news is Osaka seemed happier with life when she returned to action last week, although by the end of the week attention was back on his physical wellbeing after she withdrew from her scheduled semi-final citing a abdominal injury, saying tough back-to-back matches had put strain on her body so early in her comeback. 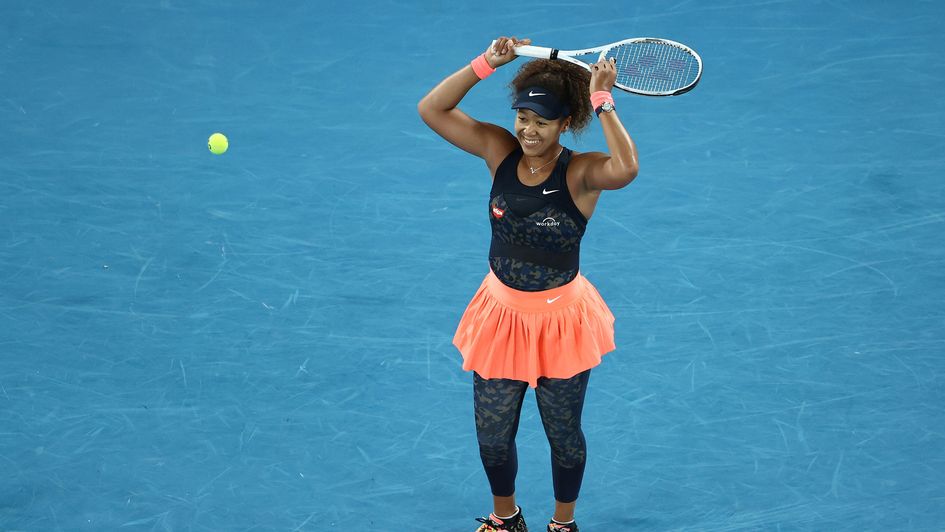 That’s understandable but also a worry for potential backers, as is that awkward draw, one which could also see her face Olympic champion Belinda Bencic in round three.

Let’s be honest, Barty or Osaka could easily win this tournament – and do so playing some destructive tennis – but I struggle to see the value in their current prices.

For those looking to oppose the pair in this section, Maria Sakkari may be overpriced at around 40/1. The hard-hitting Greek made two Grand Slam semi-finals in 2021 and looks to have a decent route to a potential showdown with Barty or Osaka in the quarter-finals.

The ever-improving Ons Jabeur is a player who could stop her but an injury sustained in Sydney this week has to be a concern, so perhaps Bencic could ruffle feathers again having shown she can compete at the biggest events when striking gold in Tokyo.

Still, my preference is to look to other parts of the draw for alternative bets.

This is where those long shots might start to come into play, although I’m going to start with my main pick from the top half of the draw.

This section is most likely to be won by Barbora Krejcikova, the French Open champion, or PAULA BADOSA, according to the layers.

Both hold decent claims at similar prices, but preference is for Badosa.

She’s a player I’ve liked for some time and feel she can continue to climb the rankings despite a spectacular surge up them in 2021.

Simply stunning from the Spaniard 🔥

The Spaniard has got attacking instincts in her game but also an ability to stick in the rallies and I would not be surprised to see her go deep here.

She has certainly looked good in Sydney this week, beating Bencic before demolishing Daria Kasatkina to reach the final (to be played on Saturday).

A big run a one of the Slams looks very much on the cards in 2022 and at 22/1 I’m prepared to take a chance on it happening here.

Two long shots also catch the eye in this section and may be worth chancing at fancy prices.

JIL TEICHMANN is a player who caused plenty of problems for the best players in 2021, going 6-3 against top-20 opponents.

Her wins included victory over Osaka in Cincinnati where she went on to reach the final. The Swiss ended the season by helping her nation reach the Billie Jean King Cup final.

This all came in a year during which injuries frustrated the 24-year-old for long periods.

However, a fully-fit Teichmann clearly has the potential to go higher than her current ranking of 37, which is a career-high.

It certainly appears that quotes of 300/1 about her in this event look big, although the way I’m going to back her is at 40/1 in the quarter betting.

The other big-priced outsider I like here is MADISON KEYS.

Admittedly she’s a player I’ve backed in these big events without much success in the past and perhaps I missed my chance in 2017 when she made the US Open final.

Yet I remain convinced she can put together another run like she did that year in New York. 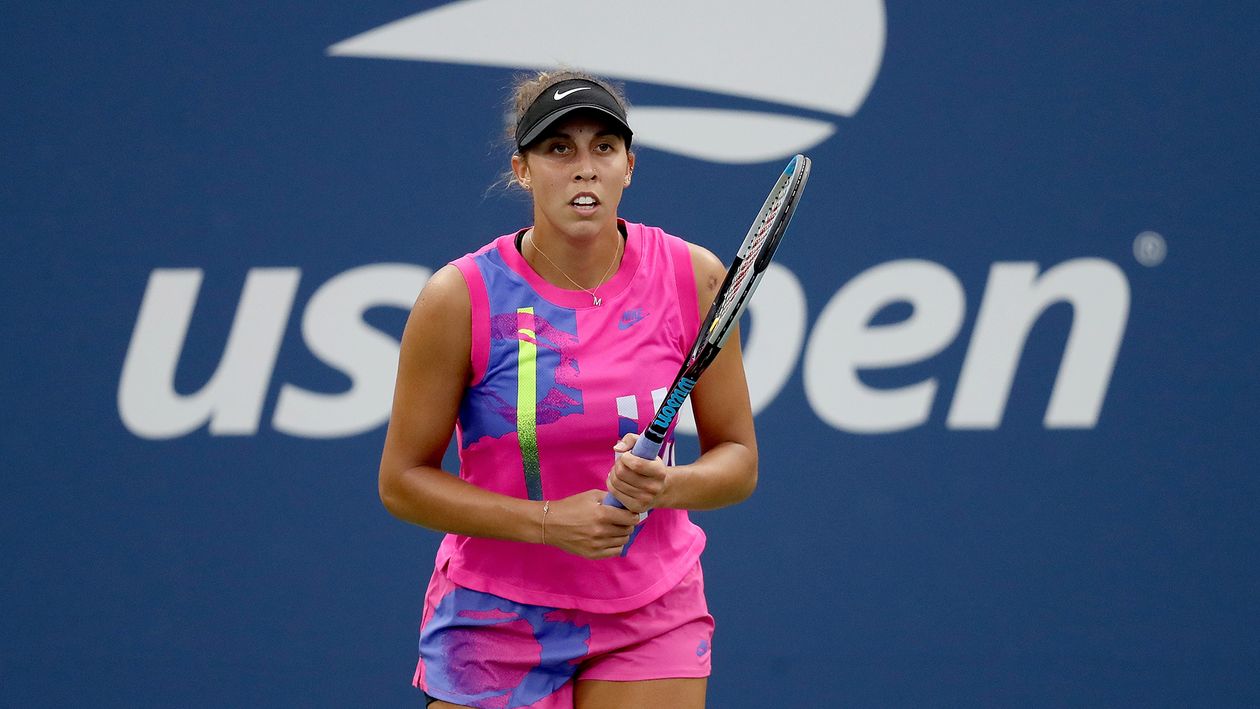 Few players hit the ball as hard as Keys, who is capable of hitting some outrageous winners.

Her trouble is the errors can also flow when she loses her rhythm.

Keys is another who has struggled with injuries in recent times but the early signs in 2022 have been good.

At time of writing, she’s though to the last four of the warm-up event in Sydney where Elina Svitolina and Liudmila Samsonova have both been beaten.

She’s performed well enough in Melbourne in the past, reaching the semis as a teenager in 2015, Since then she’s been to one quarter-final (2018) and reached the fourth round on two other occasions (2016, 2019).

This is the section of reigning US Open champion Emma Raducanu, who stunned the world with her New York run last year.

However, a repeat looks highly unlikely.

She’s landed in a very competitive section of the draw but, more importantly, has struggled to reproduce the tennis which brought her such unexpected glory in September.

Her start to 2022 was disrupted by a COVID infection and when she did manage to get onto court, there was a miserable, opening-match defeat to Elena Rybakina in Sydney during which Raducanu won just a single game. 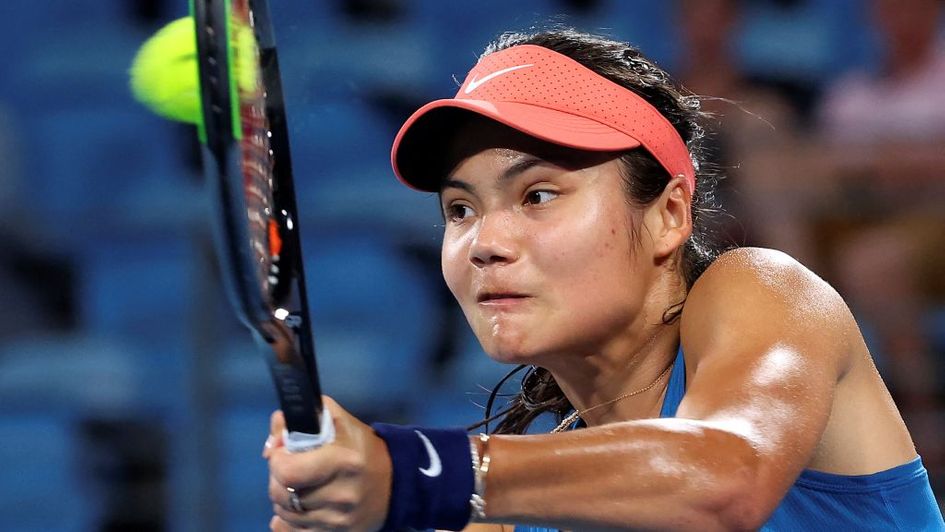 Emma Raducanu was swept aside on her comeback

Rybakina played very well that day and with a strong serve, she’s got the potential to go well in this section having also made the Adelaide final in the opening week of the season.

Still, her price has contracted accordingly, while an injury withdrawal after that Raducanu win is a slight concern. Looking positively, it could be that was just a case of ‘I’ve played enough matches already’.

Others in this quarter with real chances include WTA Finals winner Garbine Muguruza and Anett Kontaveit, another player who ended 2021 in fantastic form.

But I’m going to side with SIMONA HALEP in this section.

The former world number one struggled with injuries for much of last season, hence her rankings slide, but I believe she still has plenty to offer despite having now turned 30.

Halep declared herself happy with her fitness after winning a WTA title on these Melbourne Park courts earlier this month, a success which added to an already-strong record at this venue.

Thanks for your support and I can’t wait to be back on court for the @AustralianOpen 😊#AusOpen pic.twitter.com/KJGmsIq8u9

OK, neither of Halep’s two Grand Slam titles have come in Australia but she’s performed well here before, reaching the final in 2018.

The current Greenset courts were laid prior to the 2020 tournament and in the two editions since, Halep has made the semis and quarters.

In short, this looks a good venue for Halep to prove that when fully fit she is still a major force and so I’m happy to back her at 16/1.

This looks the weakest quarter to me with the two leading seeds both worth taking on.

Second seed Aryna Sabalenka has all sorts of problems at the moment, notably with her serve.

Incredibly, she’s conjured up 39 double faults in her two matches Down Under so far (both were lost) and things got so bad that at one stage she resorted to underarm serves.

Seeing the world number two do that was a pretty hard watch and it’s nigh on impossible to see her repeating her run to the semi-finals of last year’s US Open.

As for Swiatek, I remain unconvinced by the Pole on hardcourts, a surface on which she has won only one WTA title. At the hardcourt Slams, she has yet to go beyond the fourth round. 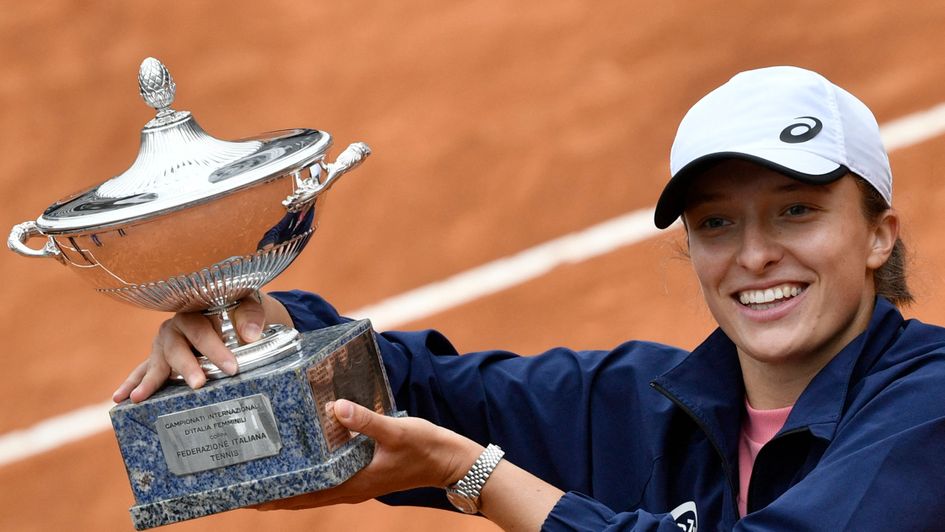 Perhaps landing in this weak part of the draw will allow her to go a few steps further but backing her at around 10/1 isn’t for me and this is a section I again prefer to roll the dice with an outsider.

Daria Kasatkina was certainly considered after opening the season with back-to-back semi-finals with Keys, Kenin and Muguruza all defeated.

However, the Russian, who could meet Swiatek in round three, suffered two heavy losses in those semis, being crushed by first Amanda Anisimova and then Badosa which is rather off-putting.

At 70/1, there’s an argument she’s overpriced but I’m going to hold fire.

Instead, I’m going to turn to a player this column had a couple of near misses with last season, ANGELIQUE KERBER.

Admittedly it’s a bit risky – Kerber’s preparation was ruined by a positive COVID test. However, she’s an experienced campaigner, who seems unlikely to be fazed by such a setback.

As long as she’s not suffering any after-effects, the 2016 champion, also a semi-finalist in 2018, should get a chance to play herself into the tournament over the first couple of rounds.

Few players defend as well as the counter-punching German, as she showed at both Wimbledon and the US Open last season.

Kerber lost in the semis in SW19, while she led Leylah Fernandez by a set and a break in their US Open last-16 clash before the eventual finalist emerged victorious, playing some great tennis.

On both occasions she was a chunky price and that’s the case again here.

There’s no doubt that COVID disruption is built into 60/1 quotes and it’s a price which looks worth throwing some small change at.