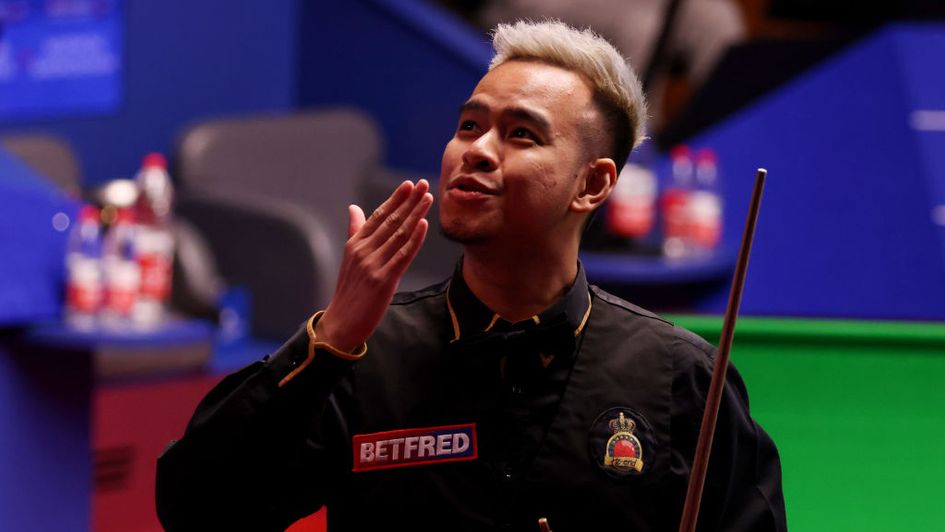 We've assembled a stellar cast to bring you five to follow for the new snooker season – get thoughts from Neal Foulds among others below.

Still only 22 years old, Pang is a very good player hailing from the Sheffield Academy.

Very dedicated and like so many of the Chinese players, Pang didn’t go home during the summer but instead knuckled down and put in long hours of practise in preparation for the season ahead.

Pang has already defeated some top players, including a particularly notable win over Neil Robertson last February in the European Masters at a point when Robertson was in the middle of a golden run of form.

Sure to improve plenty more, Pang is likely to be a handful for anyone he plays this season.

The most improved player last season (according to my figures anyway) was Fan Zhengyi, though predicting him as a ranking winner before a ball had been potted would have been nigh on impossible given his very modest returns in 2020-21.

In fact, last term was probably the most unpredictable campaign for a good while, with no fewer than five maiden ranking-title winners, albeit Dave Gilbert, Zhao Xintong and Hossein Vafaei were hardly massive shocks in the grand scheme of things.

Si Jiahui, a practice partner of Zhengyi is a potential tour winner in the near future. He was pretty dominant on the Q Tour in 2021-22 and wins against the likes of Gary Wilson, Anthony McGill and Tom Ford (along with the well-publicised scalp of Shaun Murphy at York) in regulation events illustrate Jiahui’s talent.

When studying his SPs in matches, though, the compilers are clearly aware of Si, so instead I will go with another of the Vic Snooker Academy stable and offer up Lei Peifan.

After regaining his tour status through Q School last summer, Peifan’s campaign started pretty meekly but the World Championship Qualifiers saved his season, reaching the final stage before suffering an agonising defeat to Hossein Vafaei in a match he deserved to win (Lei was 60-odd points ahead in the final frame before losing it on the black). 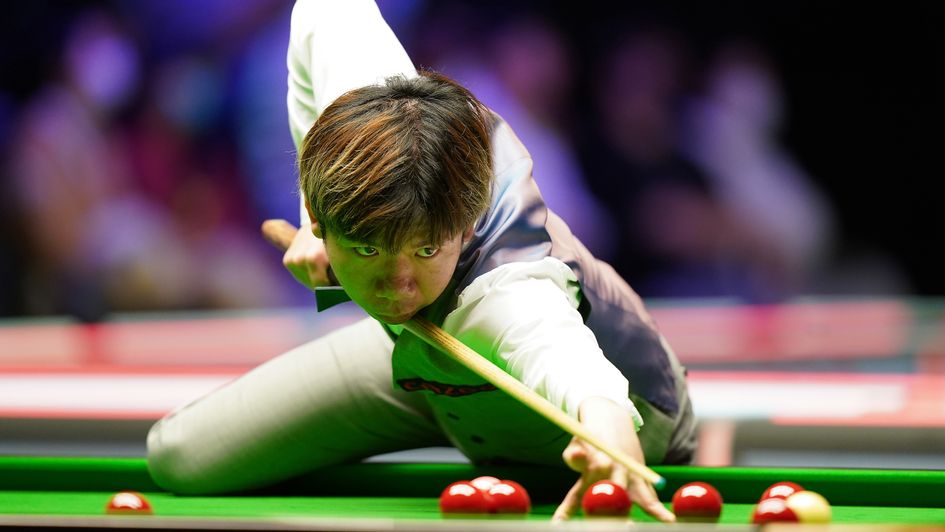 Lei Peifan is the choice of snooker tipster James Cooper

That’s just the sort of defeat that can leave a mental scar but Peifan really should be buoyed by what was a terrific effort against a bang in-form opponent and aged just 19, he is just starting to make his way in the game.

He didn’t offer much in his Championship League matches last month but that isn’t a tournament I place a lot of stock in and a 5-0 win against Rod Lawler in European Masters qualifying was much more like it.

Lei’s break-building looks to be coming on bundles and while his current lowly ranking means tour survival is the first thing to tick off in 2022-23, hopes are high that he can ruffle more than a few feathers and perhaps even land a quarter wager in a tournament. 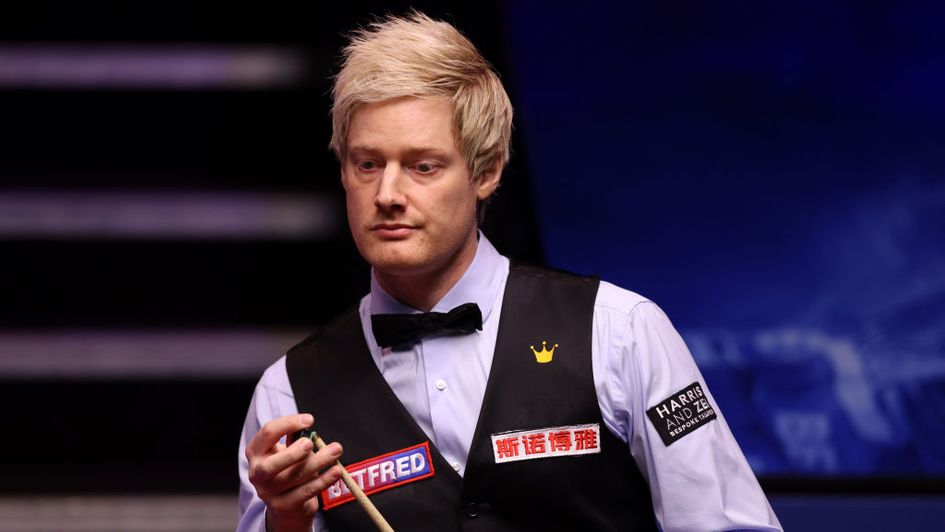 In an era when it takes longer to break through and players tend to peak later, turning 30 could be an important milestone for the underrated Noppon Saengkham.

The Thai star is capable of better than 38th in the rankings, and appeals as a plausible big-priced tournament winner.

To date, his best was the 2018 World Open semi-finals, hauled in by Mark Williams from three up with four to play.

Although the best he could manage last year was two runs to last-16s, those runs came at the two biggest events. Losing to Ronnie O'Sullivan and John Higgins at UK and World Championships is no disgrace.

Indeed he's made a big impression twice at the Crucible, looking as if he belonged at the highest level. Saengkham is well worth following consistently at odds usually well in excess of 100/1 or even 200/1. His day will come!

The 20-year-old Irishman has all the attributes to make it big. I fancy this might be the season when he really starts to deliver.

Hill is so far most remembered for a stunning European Masters victory over Ronnie O'Sullivan just after turning professional in 2020. That showed what qualities this youngster possesses, although it's fair to say he's only produced his best form in patches since.

"His dad will be doing cartwheels!"

The experience of falling off tour and coming straight back through Q School this year should stand him in good stead in the long term. There are no prisoners at that qualifying event now, and Hill impressed in seeing off Zhao Jianbo 4-1 to pick up a new two-year tour card.

I'm struck by how much of a confident game he talks too. Hill really seems to know what he's about. He insists he is '100 per cent' aiming for the top of the game. 'I won’t let those people down, the people that have stuck with me,’ Hill said. ‘They know what I’m capable of. I know what I’m capable of. I can beat anybody on my day. All this experience and confidence is all going to build up and I believe there’s a long, long career for me in this game.’

Hill has already looked the part in the early weeks of the season, and if he has one or two strong runs in knockout ranking tournaments I think he could really fly in this 2022/23 campaign.

Yuan Sijun appeared destined for big things when bursting onto the scene in the 2018/2019 campaign, making two quarter-finals and the last four of the Gibraltar Open.

Wins over the likes of Mark Allen and John Higgins had already confirmed Yuan to be a rich young talent, and he carried that forward by beating Mark Williams and Stephen Maguire at the World Grand Prix to further enhance his now growing reputation. 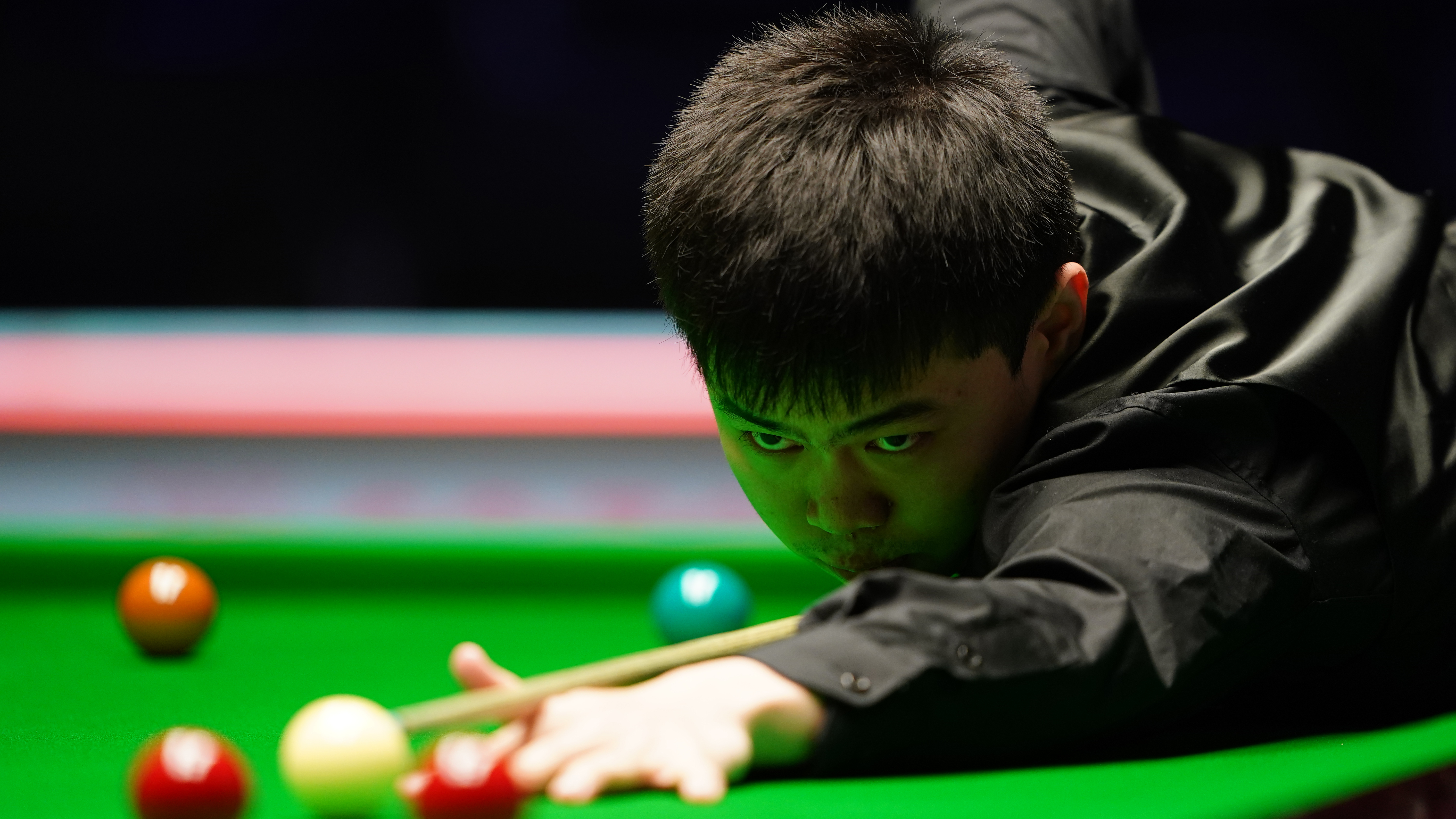 Yuan has found his progression hard to maintain, however, and a couple of a barren seasons have seen the 22-year-old's stock fall dramatically, particularly among Chinese fans as the likes of Zhou Yuelong and Fan Zhengyi have improved past him.

But Yuan has continued to chip away and there were some promising signs at the end of last season, most notably his 6-1 win over Ryan Day in World Championship qualifying before he pushed Liam Highfield hard despite not playing at his best.

The early signs so far this term have been promising, with 3-0 wins over Ronnie O'Sullivan and Barry Hawkins at the Championship League certainly encouraging, and Yuan qualified for next month's British Open without breaking sweat.

A good break-builder, if not the heaviest scorer, Yuan's tight cue-ball control has always been one of the most impressive facets of his game, and with his long potting generally strong, the ingredients are there once he develops an uglier side to his game.

Like so many Chinese youngsters, we have probably been guilty of expecting too much too soon, but Yuan is maturing and it shouldn't be too long before he begins to make his mark on a more consistent basis.