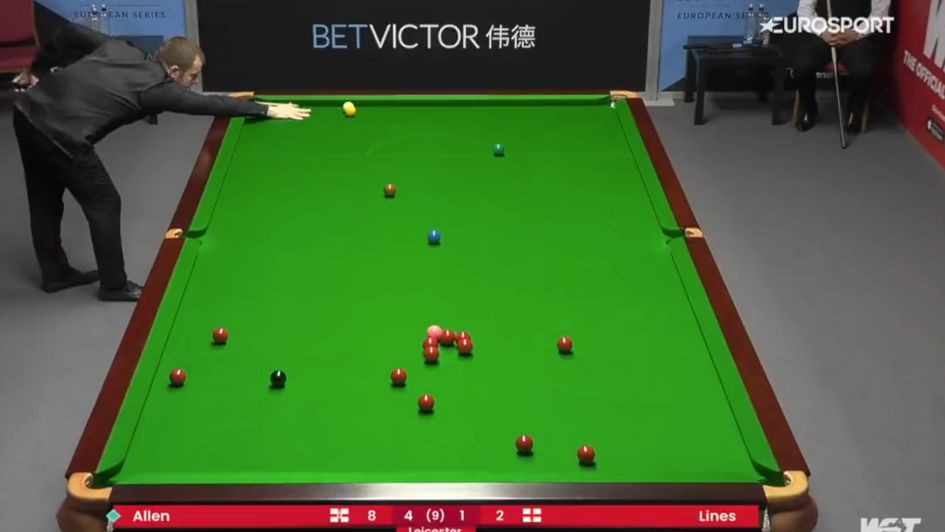 Mark Allen might feel like nothing can go wrong for him after Sunday's UK Championship victory and a fluke escape shot in his German Masters qualifier.

Allen rallied from 6-1 down to beat Ding Junhui 10-7 and was back in action against Peter Lines on Tuesday, where he progressed with the minimum of fuss.

During frame six, Allen found himself tucked behind the yellow and had no option but to use the jaws for his escape, but it's fair to say he didn't envisage the cue ball travelling back up and down the table before finding a loose red.

As you can see in the video below, Allen could do no more than raise a hand in apology as he returned to his chair.

Lines was also able to smile as he went on to complete a frame-winning break, but Allen was back in business to seal a 5-2 win soon after.

There have so far been few surprises in qualifying, with Ryan Day and Stephen Maguire the big-name casualties. Sam Craigie got the better of the latter to continue his good run of form, and Tom Ford also managed to scrape through following his run to the semi-finals in York.