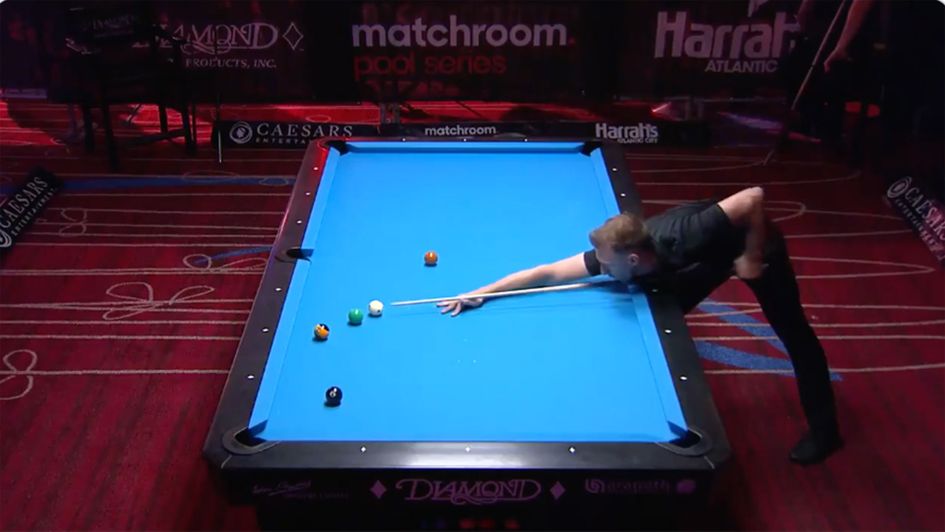 Judd Trump is out of the US Open Pool Championship after losing 11-10 to Jason Theron.

The world's top-ranked snooker player had made an eye-catching debut in professional pool on Monday, securing a whitewash win over a low-ranked opponent, but found the rise in grade too much against an experienced opponent.

Trump was ahead for much of the match but couldn't shake off Theron, who levelled from 10-9 down after Trump had left him a golden opportunity, and then won thanks to a brilliant snooker.

Judd Trump is OUT of the US Open!

He's lost 11-10 to Jason Theron in a hill-hill thriller! What a match that was, and what an experience it was for the Ace in the Pack in his pool debut.#USOpenPool 🇺🇸 pic.twitter.com/9V7lzBSIp3

Breaking news: Judd Trump has used the jump cue for the first time. And he's made the ball! One for the highlight reel there.#USOpenPool pic.twitter.com/o5qYEsqjox

Defeat against Jason Shaw had put Trump in the losers' bracket in a competition which runs a double elimination format through the early rounds, meaning players exit only after suffering two defeats.

Though not a factor in that 11-1 hammering, he showed immense potential in taking Theron the distance, even potting with his first attempt at a jump shot.

When next we'll see him swap snooker for pool is unclear, Trump having taken advantage of a quiet start to the World Snooker Tour schedule. He's expected to defend his Northern Ireland Open title in October.