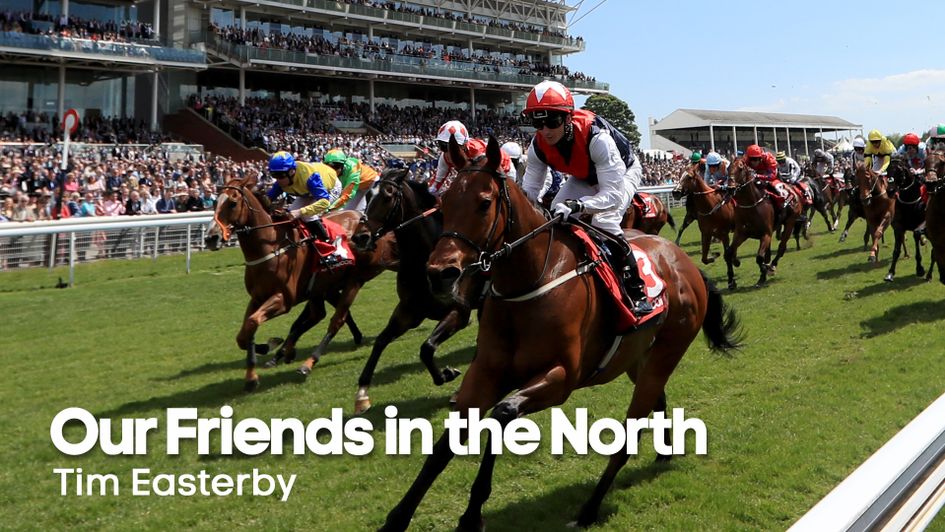 Copper Knight will be back for more this season

Tim Easterby has a bumper guide to his team for 2020 and has updates on how the Habton Farms team are operating during the lockdown.

We’re doing very well through the lockdown. It’s very easy to organise the training, you don’t need to worry about galloping them. There’s no racing and no panic.

We’re trying to educate the two-year-olds as normal, avoid sore shins, get them over ringworm and any runny noses, and you can go.

The staff have been great and very positive. We made a rule that nobody can work anywhere but here, jockeys can’t go and ride work at any other yards. We said at the time of the lockdown that any jockeys who wanted to could come and ride out here and we’d pay them – we thought they may be struggling too.

We’re working away as best we can. Some of the owners said they’d like to ease their horses off but most have been very positive and want to keep going. They’ve been very good.

We kept the horses ticking along without training them too hard. We turned the jumpers out, they’re finished, that was easy, and one or two of the staff who have had health issues over the years have been furloughed but at the moment we’re ticking along and seeing how we go.

Our Friends in the North - Tim Easterby

He’s a firm ground horse who won a nice race for us at Pontefract last season. He’s back again and has done well.

An Ontoawinner horse who is very nice and moving well. He won at Carlisle in June.

He wants soft ground, it can’t be too soft for him. He won at Carlisle and Hamilton when he got his conditions last year.

She had a great time of it last season, winning twice at Doncaster and then at Catterick on her final start. We’ll try to win a big fillies’ handicap with her this time around.

Loves Chester and will be heading back there a lot this year if they get to race. Won at Ripon last year.

He had a couple of runs over hurdles but will be back on the flat when the action re-starts. He won twice last year and is capable.

He’s been a tremendous horse for his partnership and is going great this spring. We’re really pleased with him.

He won a Haydock last year and ran well on his final start at Doncaster. He’s very consistent.

He’s been great over the years for us and is back for another season. He won twice at York last season including a Listed race and has been a real star. 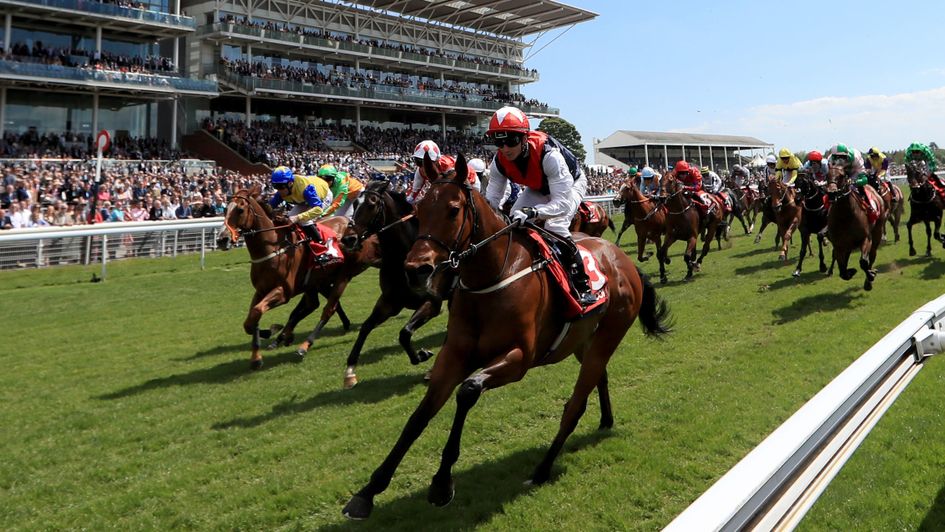 Copper Knight is too quick for his rivals at York

We bought him at the July Sales last year and he did us proud, winning three times. He’s 96 rated now and really nice.

Count D'orsay holds on to win our feature race, the @WilliamHillRacing Catterick Dash, with David Allan in the plate for the Tim Easterby team pic.twitter.com/DohTC8Kblk

We bought him out of Andrew Balding’s yard at the Horses In Training Sale. He’s a nice horse to go to war with this year.

William and Rory bought him at the Horses In Training Sales out of Charlie Hills’. He’s very nice and we like him. He’s for a new owner to the yard.

He wants five furlongs on fast ground and is in great form at home right now.

She won at the Ebor Festival at York and followed up at Thirsk next time. She’s in great order. 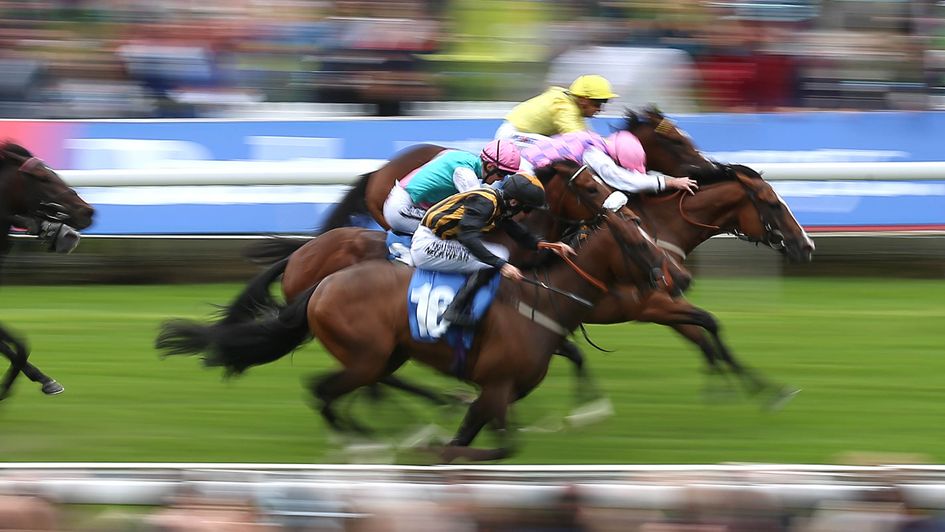 Garden Oasis, Gullaine One and Jewel Maker are all nice handicappers who I’m looking forward to.

Ended last season by winning the Ayr Silver Cup and will be heading back up there again this autumn all being well.

The favourite fails to win for the eleventh year in a row, as Golden Apollo wins the William Hill Ayr Silver Cup Handicap 🐎 pic.twitter.com/7rMeZ5Vb9H

A fun horse for our partnerships who won at Haydock in May and then ran well for the rest of the season.

Another new one to the yard that we bought in the autumn. He goes really well.

He’s a lovely horse and was really unlucky not to win a big one last year, finishing second at York and Ripon. He’ll be back for similar races this time around.

Another of our old faithful handicappers who was placed three times last year, including on his final start at York.

Has been running on the all-weather and is rated 55 but we think he’ll improve for the switch to grass when he gets chance.

A soft ground filly who won her final start at three when it turned up heavy at Pontfract.

He won at Yarmouth in a bog last year and handles testing ground very well.

We bought him out of David Lanigan’s yard in October. He goes nicely at home and was placed at Kempton and Newcastle for his previous yard.

He’s done us proud and is a good horse on heavy ground. He’ll be back this year.

Mikmak picked up a nice prize at Haydock last season, beating another one of ours in Al Erayg. Both are soft ground horses and very capable on their day but will be late season horses now.

Mikmak travels well and grinds it out to land the Vulcan Village Handicap with Jack Garritty on top, winning for the Tim Easterby yard 👏 pic.twitter.com/AqvqmNbpgH

He just had a few problems last year but is in great form this time around and looks really well.

He loves seven furlongs with some juice in the ground and will be competitive when he gets that this season.

She’s an unraced four-year-old owned by King Power. She looks a nice horse to me from what we see at home.

He’s a horse who always runs well, right to the line. He won at York in June and ran well there again in September.

He looks really nice. We bought him out of John Gosden’s and he won twice for them last year. He’s for a new partnership, quite a young one, called Jesmond Racing. They’re going to try and get going this year. They are lads who work in London but went to Newcastle University together.

Another King Power filly who had one run at Newbury for Richard Hannon. She goes well.

If we get those fillies’ handicaps back at Musselburgh that’ll suit her down to the ground. She’s a grand filly.

She’s a Kingman filly of Clipper Logistics’ who won at Carlisle last year. I really like her.

He loves the track at Newcastle and won at their Plate Meeting last year. He’ll be heading back up there again this year.

Another new one to the yard. We bought him out of Joseph O’Brien’s in the autumn and he’s been training well this spring.

Won twice at Nottingham last year and is a soft ground horse who is best with some cut.

He’s come back in great order. He’s rated 99 and is another who needs some soft ground. He was gelded over the winter. 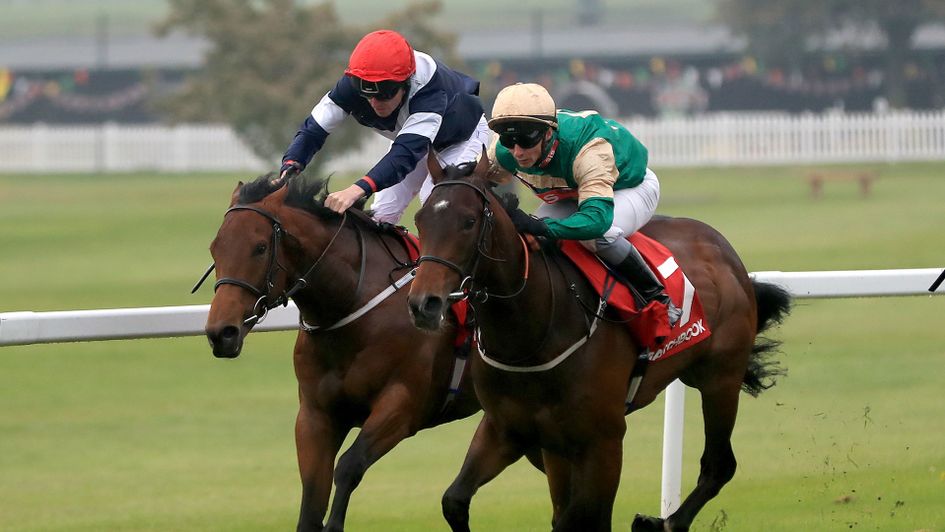 She came from the breeze-ups and will be a mile-and-a-quarter filly this year. She’s rated 58.

He ran a couple of nice races last year and we had him gelded over the winter. He has ability.

He’s a really nice horse who won at York last year and was going to start out at Nottingham this time and see what the handicapper made of him. Since lockdown he has no handicap mark but we think he’s a stakes horse and we’re looking forward to him. He absolutely loved the soft ground at York but I think he’ll be just as effective on good ground. He’s very exciting

We like him and he ran an encouraging race when fourth on his second start at Pontefract last year. He’s ready for handicaps.

A half-brother to Hawk High who ran twice last year at Doncaster and Nottingham, running very well at Town Moor on debut. He’ll be going hurdling in the autumn but will run on the Flat again first.

Ran well on his first two starts at Carlisle and Ayr and is qualified for handicaps now.

He’s worth mentioning, a nice unraced horse by Dutch Art.

Finished second at Catterick and Ripon last year and is going well.

Another unraced son of Dutch Art. He should have run twice by now but it hasn’t happened. He’s very nice though.

Another nice horse. He ran twice last year but has been gelded and wintered well.

Had three runs last year and is shaping well this spring.

She won on the all-weather for us at Newcastle in October. She likes good ground and has grown a lot since last year.

She’s very fast and if she gets the trip over five furlongs she’ll win again.

New to the yard. We bought him in October out of Tom Dascombe’s. He won on debut at Doncaster for them and has settled in well.

She’s a nice little filly who won a Catterick nursery for us last year.

Very impressive! Lampang is a class apart at @RiponRaces to make it two from two for Tim Easterby... pic.twitter.com/DTIyLQGQfg

Like Art Power, he’s a very exciting horse and one we’re looking forward to. He won his first two starts as a two-year-old and has wintered well. He’s a cracking horse and was entered in the Guineas but I don’t think he’d have run there.

A nice son of Makfi. He hasn’t run yet but is a big horse who just took a bit of time.

He hasn’t run yet either. He’s a son of Slade Power and quite nice.

Another who had three runs last year and shapes like a nice horse.

He’s really nice, finishing second on debut then winning at Southwell in March. He was about to go again when the shutdown was introduced. He’s looking for an owner and is available to stay in the yard. He should progress.

I like him but like plenty of the others you might not see him until later in the season now as he wants some cut in the ground.

He’s a big gelding who I’d expect to do better this year.

We bought him out of Brian Meehan’s in October. He won at Bath last year and I like him.

A son of Nathaniel who’ll be a staying horse this year, possibly at a mile-and-a-half.

He’s nice and won at Newcastle in October, getting up close home.

I bought him out of Mark Johnston’s in autumn for Ontoawinner and we like what we’ve seen at home. He’s a nice horse.

I haven’t really overdone them but there’s a couple we really like. I like them as a bunch and they seem well forward but I’m not putting any coal on the fire as there’s no point.

One of the ones we thought was going to be one of our more forward juveniles was an unnamed son of Swiss Spirit who was a relatively cheap purchase. We have a couple of nice ones out of Twilight Son who shape well too including Maximum Risk.

We’re all dressed up but with nowhere to go and are just ticking along nicely. We haven’t pushed any buttons yet and are just giving them time now.