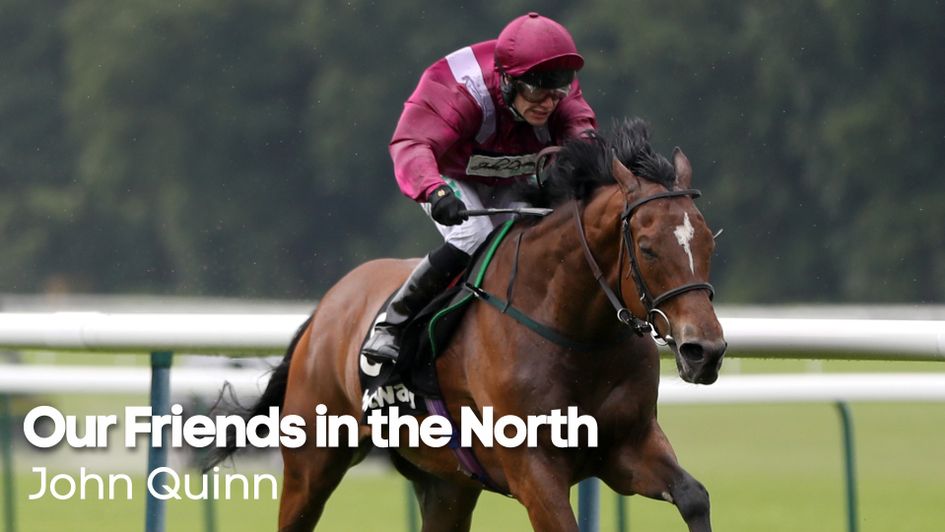 Safe Voyage is a classy operator when the mud is flying

Trainer John Quinn gives his views on the potential alterations to the Flat calendar for 2020 before guiding us through his current team of horses.

When we do start racing again the race planners need to make sure there is plenty of racing and plenty of work for everyone.

Let’s be like the French and the rest of them, race right up to Christmas on the grass. There’s no point in protecting the racetracks, they’ll have had no racing, so give people plenty to look forward to.

It’s imperative for the breed the Classics are run. There’s nothing wrong with putting them back a month or more.

In the big picture racing isn’t important, but it keeps an awful lot of people in business and you need a proper race programme. Then there’s a sales season after that – the repercussions would be detrimental for a lot of years to come.

So when we can get back up and running, think outside of the box, keep them going right up until Christmas, turf tracks all over the country, north, south, east and west.

When we can race again, and I know it feels a long way off at the moment, my view would be to keep on racing, give people plenty to look forward to.

The welfare of the people in the country is more important than racing, of course, I’m unequivocal about that. But when we can race let’s keep on racing.

Our Friends in the North - John Quinn

He’s a good, admirable horse. He didn’t really have the rub of the green last year and got chinned a few times for decent money. He’s in good nick, though, and cut in the ground is preferable for him. He’s training well and when racing starts he’ll be ready.

He was brilliant last year. Finishing third in the Abbaye was a big thrill for all of us and winning the Rockingham at the Curragh off top weight was sensational. He won a Listed race at Cork, as well, and he did very little wrong. He’s a great horse to have. I don’t think he particularly likes Newmarket but there are plenty of races for him when we get back under way. He loves the game. He’s got loads of enthusiasm and that’s terribly important. He’s a great traveller. Never worries at all. Even though he’s a little bit hyperactive at home, when he gets going and into a horsebox he’s great, so that’s one of the reasons he does so well abroad. I was hoping to take him to the Breeders’ Cup two years ago but he was only second sub, as a sharp track around a turn on fast ground would be ideal for him, he’d be like a rocket. He’s good around a bend. 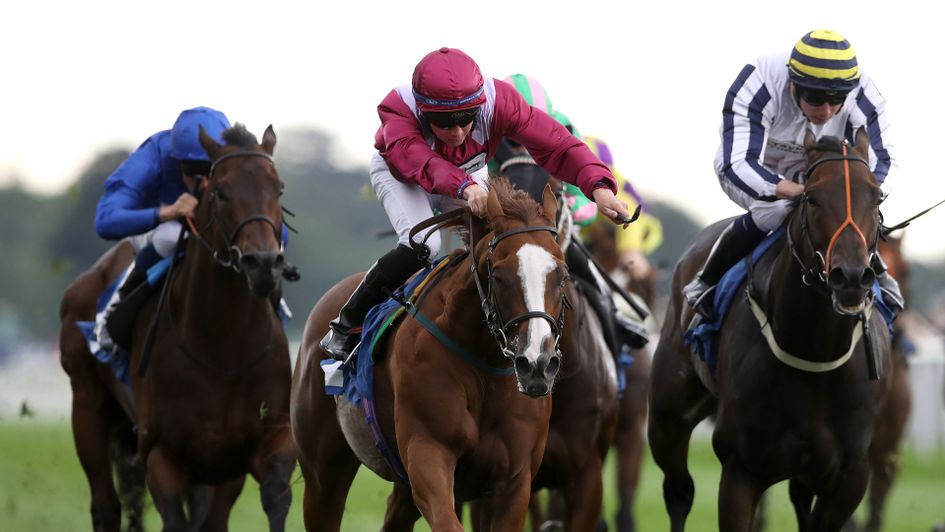 He won at Chelmsford on March 12 and it seems a long time ago. He was our last winner and he put up a very good performance, looking like he’s improved again which is great. I have races in mind for him, but the calendar and when we’re allowed to race again will dictate his schedule. He’s a good horse and I think he’s got a big one in him. On the figures his latest win was his best ever run so that’s really encouraging. Sprinters can improve and he’s showing he has from four to five. He’s a very genuine horse and I’m looking forward to his campaign.

Last season he improved on everything he’d done before and his third in the Group One Queen Elizabeth II Stakes proved he’s a very good horse. I’m looking forward to him for the second half of the year now. He goes on anything from good to easier so we’ll have plenty of options when we’re racing ago. I’m not sure what the trigger was for his improvement. We always thought he was a good horse and he got injured as a two-year-old, but every year he got a bit better before finding another level last year. It’s down to the horse and the lads have done a great job with him. He’s got a great will to win. The QEII opens up a lot of doors for us. He got the trip well and can run in anything over seven furlongs to a mile.

A son of The Wow Signal. He took his time but got off the mark at Wolverhampton at the end of February. That will have done him good and he was ready to go again when racing stopped. He should win his fair share of races in the summer.

He just got beat at Wolverhampton on March 7 and he’s a nice horse. We only got him this year and he improved plenty from his first start at Southwell to Wolverhampton. I can see him more than paying his way when racing resumes.

She’s a grand filly. She had one run at Nottingham and she showed plenty of ability in the maiden won by Moonlight In Paris. Over middle distances she should improve plenty.

A Night Of Thunder filly who has a great attitude. She doesn’t know how to run a bad race, she only had one off day in 11 runs last year. She finished with a Listed win in France on her last run and she loves a bit of cut in the ground. I think she’s a filly that’ll do well this year.

She was terrific as a juvenile, winning four from six and it could’ve been even better really. She beat everything except the draw at Royal Ascot, possibly if she was stands’ side she’d have gone close. In the Dragon Stakes she was phenomenal and she drummed in at Goodwood in the Molecomb despite getting knocked sideways. It wasn’t the trip that beat her in the Lowther, she ran a cracking race. If there was a Royal Ascot this year she’d be in both the Commonwealth Cup and the King’s Stand. When they are as good as she is you toy with the idea of stretching them to the Guineas trip, but I said to her owner, Philip Wilkins, you could spend a few months going down one road only to find out you’re on the wrong one. I’m not saying we won’t ever go seven or a mile, but she’s got so much speed she’ll start in the top sprints. I hope she’ll end up in something like the Prix de l’Abbaye in the autumn. 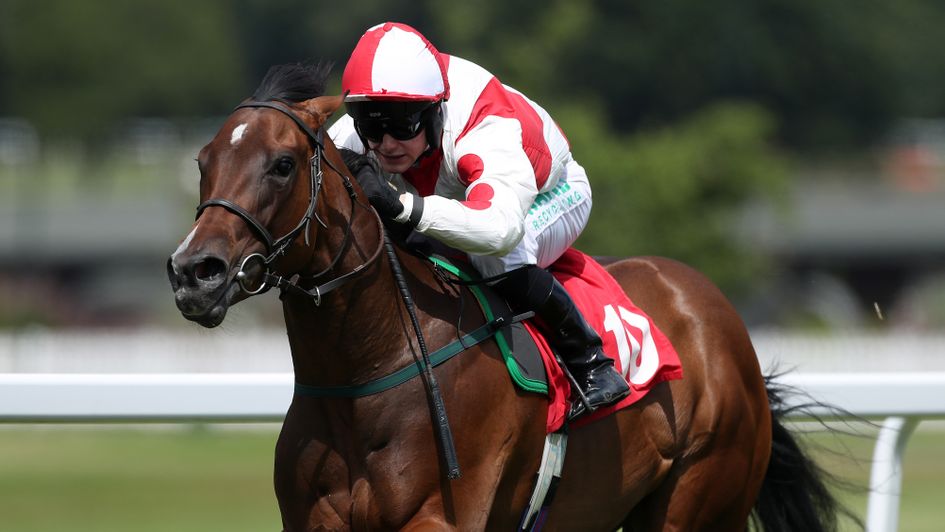 Liberty Beach is an impressive winner at Sandown

He won first time at Thirsk and then ran really well under a penalty next time. He’s a nice horse, I can see him doing well and ending up in decent gigs.

She’s a good one to mention by Free Eagle. She’s had three runs in novice company and I hope there’s more to come from her this year. She’s a grand filly, we’ve given her a break and I’m sure she’ll do well.

He won first time out at Newcastle at the end of February in good style. He’s a good admirable horse that stays well. I think he’ll win his share of races in the summer.

She’s a lovely big Raven’s Pass filly who ran three times at the end of last year . She ran well every time and she’s back in now after a little holiday. I’m really pleased with her and I think she’ll have a good year. She’d be another one to follow. 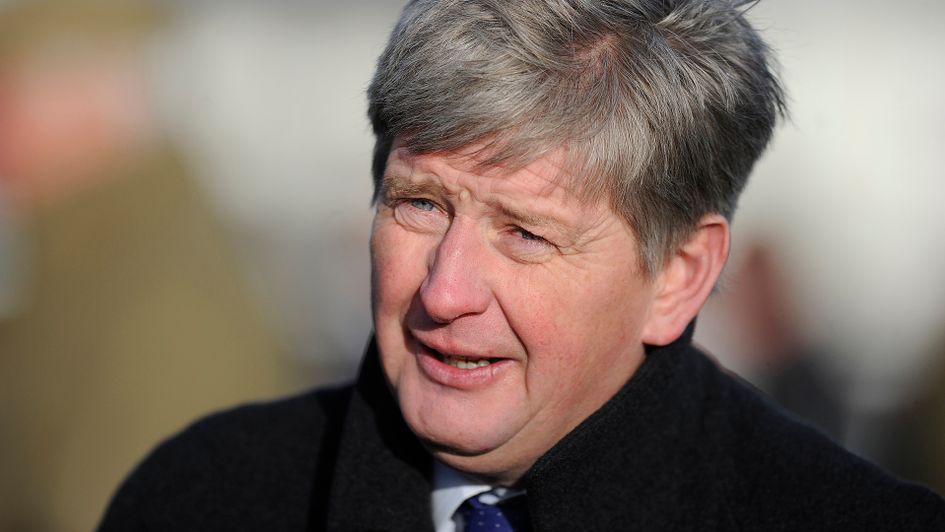 I’ve some well-bred juveniles and some grand colts. There’s a half-sister to Liberty Beach by Mehmas called Virginia Plane who looks a nice filly. I’ve a well-bred No Nay Never filly called Miss Nay Never who could be one to look out for.

I like them as a group but we’ve nearly had to stop with them if you know what I mean. I’ve 25 to 30 two-year-olds and eight to 10 of those were early types that would’ve been out now and in the coming weeks. I’ve also got a filly called Pixie K who is a three-parts sister to Fairyland, she’s nice.

We’re keeping them ticking over and we’ll be ready when it starts again.