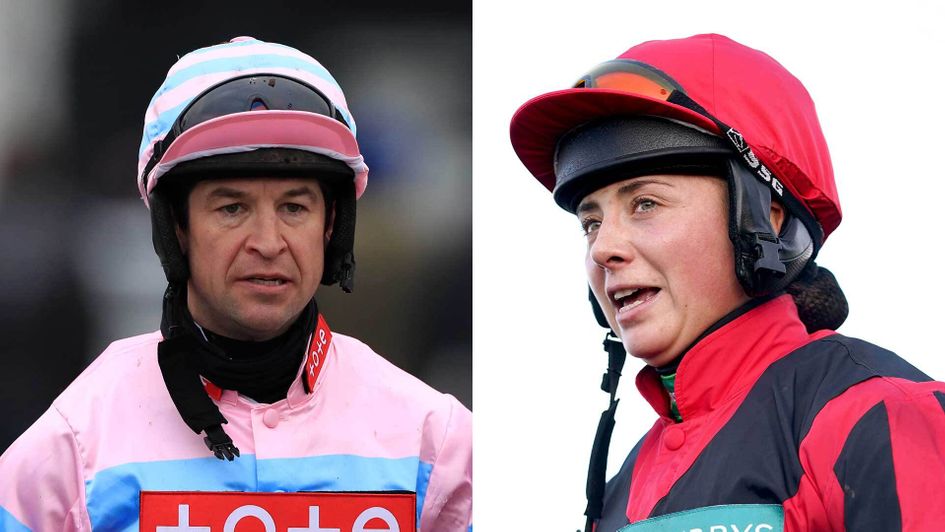 Racing in need of a radical reset after historic Dunne verdict 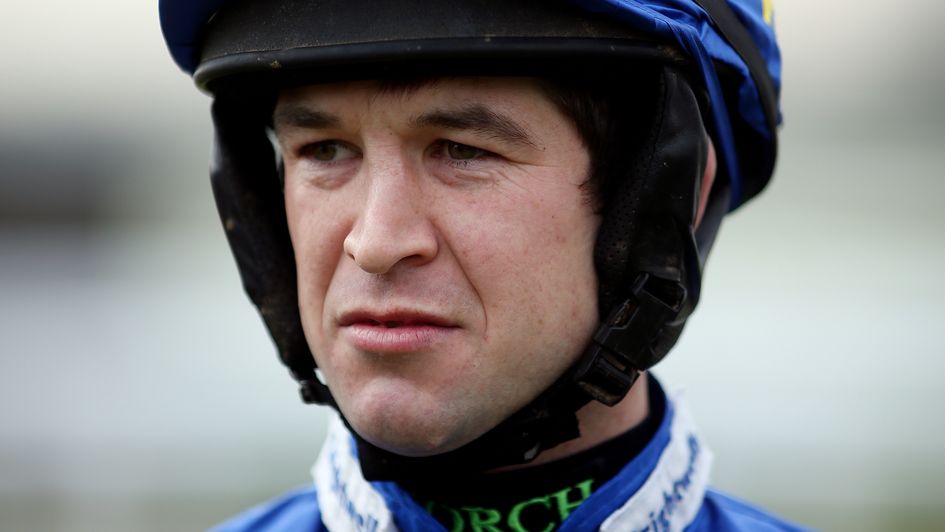 The verdict, whether handed down in a hushed courtroom or remotely by online reporters, nearly always creates what has recently been described as “a whoa moment.”

And today’s news that Robbie Dunne has been found guilty of conducting a seven-month campaign of bullying and harassment against Bryony Frost was no exception.

A systematic pattern of behaviour that started with a snide Tweet and escalated to inappropriate sexual conduct, vile language and sinister threats of violence came to a dramatic conclusion at lunchtime on Thursday.

The damning verdict of an independent three-person panel, delivered just minutes after Frost drove the Lucy Wadham-trained Graystone to victory at Warwick, carries momentous implications not just for Dunne but for the entire culture of a weighing room he has occupied for well over a decade.

Dunne must face up the prospect that his long career in the saddle could be over, while angry observers now have a bad guy to vilify and an entire sport to demonise as rooted in a past where women need to know their place.

That’s where we are in 2021. Complex issues are reduced to one crude hero/villain scenario before the content cannon sets its sights on another target. This case has multiple important strands worth dealing with individually – but one stands out above all others.

The future of Frost 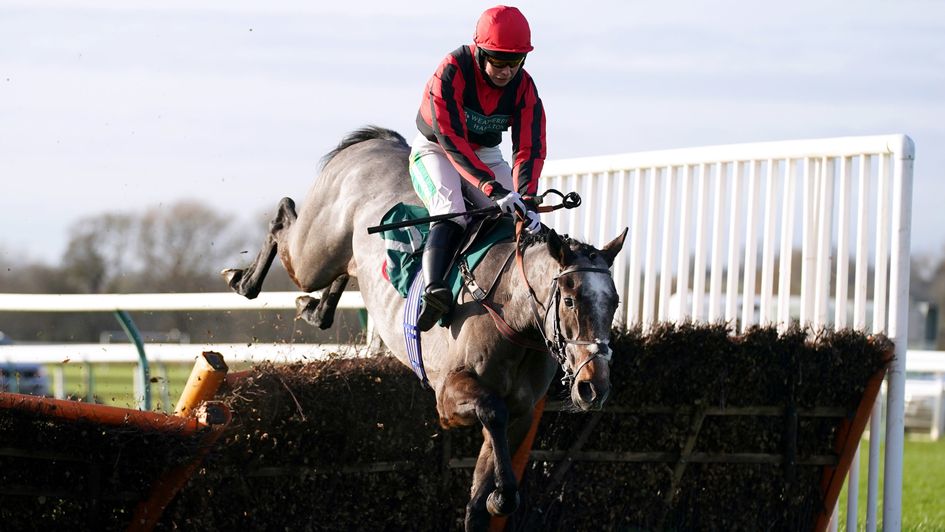 And that is the case of Bryony Frost herself. I have never spoken to her and, as one who can enjoy jumping enormously without having to get misty-eyed on a regular basis, her uniquely lyrical post-race addresses tend to pass me by somewhat.

But to those reactionary souls who feel she has done her sport and colleagues a grave disservice by launching this landmark case, I would like to ask a few simple questions.

Do you think Bryony Frost didn’t suspect that a sparky young woman rocking up to the races in a Jockey Club-sponsored Range Rover Velar might irritate some grizzled older geezers grafting near the breadline?

Do you think she didn’t know what sort of sh*tstorm would rain down by going public when one of those rivals stoked the fire of that annoyance and turned it into bullying?

And, most importantly, do you honestly think Frost was blind to the fact that pushing such serious concerns all the way to a BHA hearing ran the risk of taking a flamethrower to her future in the weighing room and on the racecourse?

Frost has put it all on the line by refusing to put up with the sort of abuse that women trying to make their way in the workplace have been subjected to for decades.

Time will tell how that works out for her. But there is only one victim here. And it ain’t Robbie Dunne.

The future of the Weighing Room 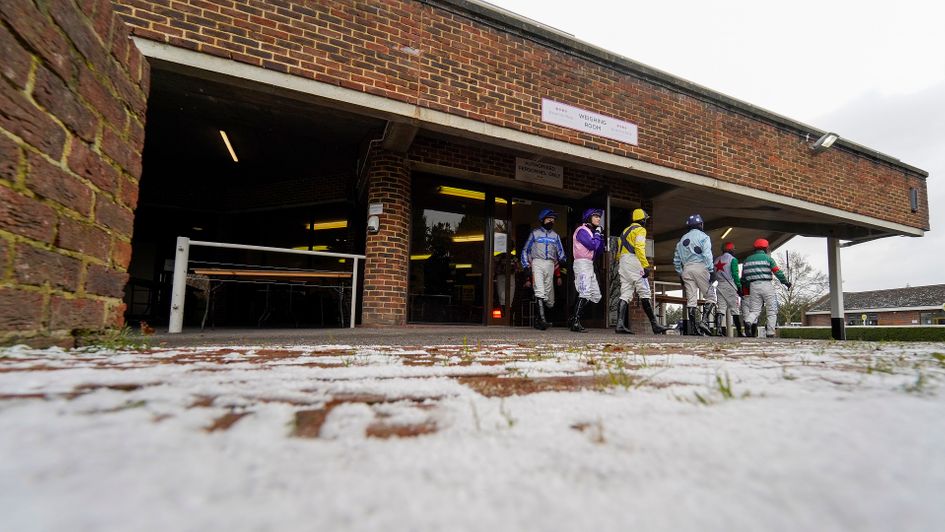 BHA brief Louis Weston didn’t hold back in his closing comments, railing against a weighing room dynamic “that is sour, rancid and one that should be thrown out,” while panel chair Brian Barker expressed concerns about a culture that is “deep rooted and coercive.”

Meanwhile, Frost’s testimony was described as “truthful, careful and compelling” whereas the panel were “unable to accept Mr Dunne’s sweep of denials, criticisms and his reasoning.”

Barker chooses his words with precision – as befits a former Recorder of London – and I have zero reason to doubt that he and his colleagues tried this case firmly and fairly. And yet the risks of a wider public viewing complex issues in binary fashion again loom large.

It’s clear the popular old image of a weighing room brother and sisterhood that looks after its own through thick and thin has been exploded by the Dunne case. In truth, it probably never existed in such a romantic form, but the notion that it has been replaced by a toxic and widespread bullying culture is surely equally flawed.

Hovering somewhere in the middle is a view that UK weighing rooms – and it’s important to point out that there are numerous versions across jumps and Flat between north and south – are almost certainly made up of a lot of jobbing journeymen, a few genuine stars, the odd total wrong 'un and some misguided operators who either pick a side or look the other way when things get heated.

In other words, it’s a diverse and dangerous workplace which can malfunction in much the same way as thousands of others when a seasoned operator starts to treat a colleague badly.

Such conduct is divisive and destructive. And, whether it occurs in racing or roofing, rectifying the problem is far easier said than done.

The power of insiders

I watched Lydia Hislop lauded as Broadcaster of the Year on Monday and wondered how she feels about the Dunne case and how much a few bruising encounters with some of racing’s big beasts affected her when she was making her way.

I watched a lot of shiny, happy young media members at the same London bash and wondered whether they really share Lydia’s appetite for covering the sport’s shade as zealously as its light.

I headed home the next day reading about valets declining to work for the hapless Frost and watching Boris Johnson’s mouthpiece Allegra Stratton and cronies braying about how best to mislead the public over last year’s party shenanigans.

And I couldn’t help feeling that the current Downing Street gang have plenty in common with a small but significant section of the racing tribe, often but not always born into the sport, who still cling to the prehistoric belief that a naïve wider public can never truly understand the industry’s inner workings.

It’s a detachment that is reinforced by the fact they seldom seem to have any meaningful engagement with anyone from outside their insular little tribe.

But it’s also a detachment that produces an increasing sense of alienation among huge swathes of intelligent fans whose natural inclination is to get behind the sport they love. Make no mistake, that sort of arrogance will drive a brand down if it goes unchecked.

The role of social media

Dunne’s 2020 Virtual Grand National Tweet in which he poked fun at Frost’s “far-fetched” media manner revolved around a race that never actually happened.

The BHA have been in touch to insist that no rules were broken even if it did take place but, joking apart, the role social media plays in racing continues to present challenges.

Taken in isolation, it’s hard to view Dunne’s Virtual Nash post as much more than a juvenile dig. Still, one thing can lead to another and dangers lurk everywhere in the modern media jungle.

Scottish trainer Iain Jardine was desperately unlucky to have his Twitter account hacked by someone who promptly fired off a salvo suggesting those who want more equality between men and women should “shut up and just get in (sic) with your job.”

Other racing figures definitely weren’t hacked as they liked and retweeted similar posts and the Professional Jockeys’ Association led by Paul Struthers poured further fuel on the fire in late afternoon with a statement that contained some highly questionable segments.

The time to amend the suggestion that “Bryony felt bullied” was a little after midday when a panel ruled that she most certainly was bullied.

Meanwhile, the time to walk back the PJA’s insinuation that an eminent panel has been operating with longstanding inherent bias towards the BHA has come and gone.

It’s a bold assertion, right enough, but not one I would commit to print without fear of receiving a follow-up call from m’learned friends.

The fallout from Frost v Dunne 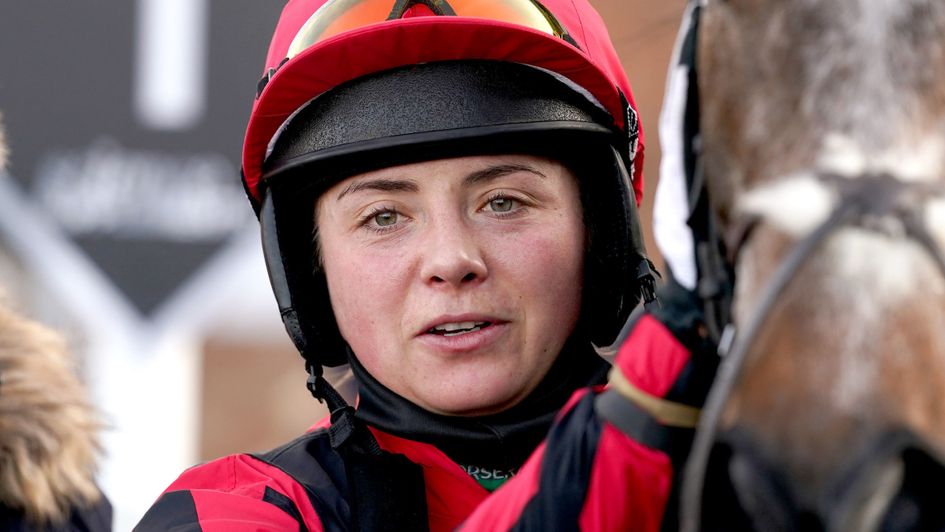 It’s an ill wind that blows nobody any good and the Dunne case has already resulted in plans to ensure female riders have changing facilities more in keeping with pro athletes than bit players.

But what will the next few years bring for the other key players in the drama?

Racing tends to do forgiveness well – it’s had plenty of practice, after all – and Dunne can look to the Gordon Elliott episode if he wants to serve his time and rebuild his riding career.

The BHA deserve praise for seeing such an important case through and will earn more credit next year if they can plug the sort of embarrassing leaks that put a raft of key evidence in the public domain before a word of testimony was heard.

And what of the wagon circlers who take the view that the Dunne case has been ‘bad for racing’ and the Trumpian tools who insist there were very fine people on both sides?

The notion that there are no winners in cases like this comes straight from the broadcasting playbook titled ‘Running With the Fox and the Hounds’ but there is plainly a clear winner from the Dunne debacle – and that is the sport itself.

Rid of the cloying need to pretend all is rosy, this case represents a vital river that needed crossing so racing can be genuinely proud that it pits men and women against each other in “safe in the knowledge that the standards universal in other walks of life will apply.” 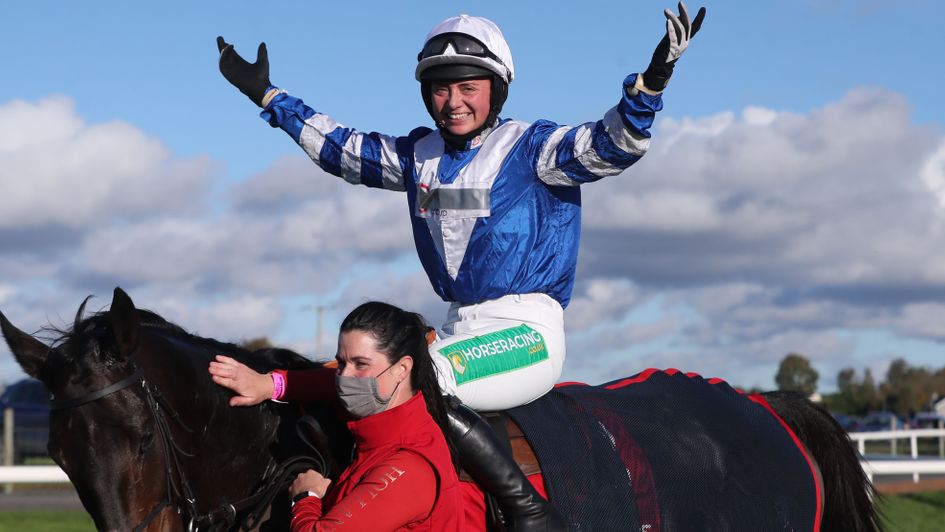 Another special moment for Bryony Frost and Frodon

Bryony Frost has won two Grade 1 chases aboard Frodon and Greaneteen in the last month and, with 31 winners at a hit rate of almost one in four this season, she clearly belongs in the big time.

But belonging in the big time didn’t help NFL quarterback Colin Kaepernick once he took his stand against racism and, although I pray that I’m wrong, Britain’s leading female jumps rider is still receiving alarmingly little support outside of Paul Nicholls and Wadham.

Time will tell whether she continues to flourish but the whoa moment that greeted Dunne’s guilty verdict was followed by another at around 3.30pm on Thursday when it emerged that Dunne has been suspended for 18 months, three of them suspended.

The length of the ban came as a surprise but this has been a case that revolves around culture and it’s said that any working culture is defined by the worst behaviour it tolerates.

History will reflect that the BHA’s independent panel refused to tolerate Dunne’s egregious bullying. Now it’s time to see whether racing can tolerate a milestone change in its culture.