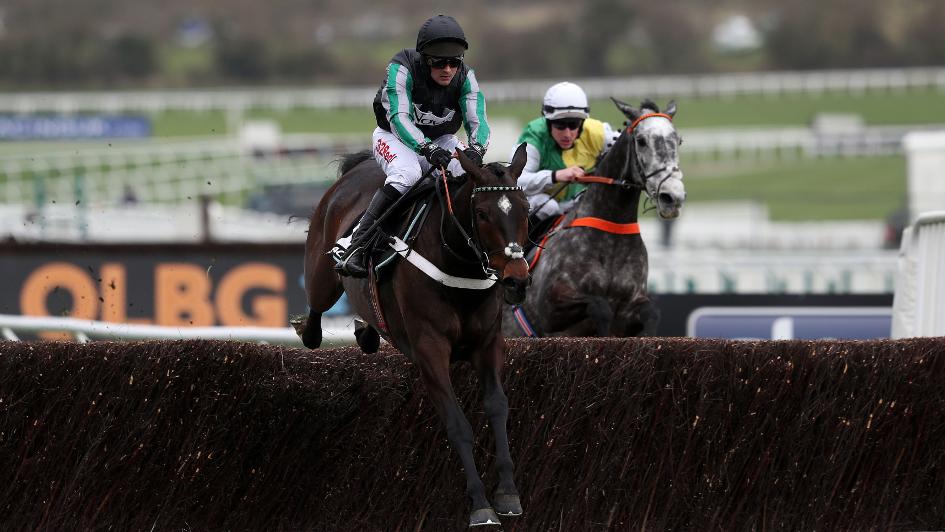 Brilliant two-mile chaser Altior has been retired after a glittering career.

Last season he was restricted to only two starts, finishing second in the Desert Orchid Chase at Kempton and the bet365 Celebration Chase at Sandown. He is to spend his retirement with Mick Fitzgerald.

Writing in his Unibet blog trainer Nicky Henderson said: "It’s a very tough decision to make, but I am pretty sure he has enjoyed every moment of it as much as we all have.

"He goes out unblemished and very nearly unbeaten, and for his retirement he is going to be looked after by Mick and Chloe Fitzgerald and I know they are as happy as we are that he is going to have a long and happy retirement with them just two miles down the road from us.

"There is no doubt you will all see him again at our open day and I’m sure he will be on parade at Cheltenham but Mick and his family will keep him entertained and busy and most of all happy which is what we all want.

"All good things must come to an end and unfortunately that time has come. It is the end of a wonderful era we will never, ever want to forget." 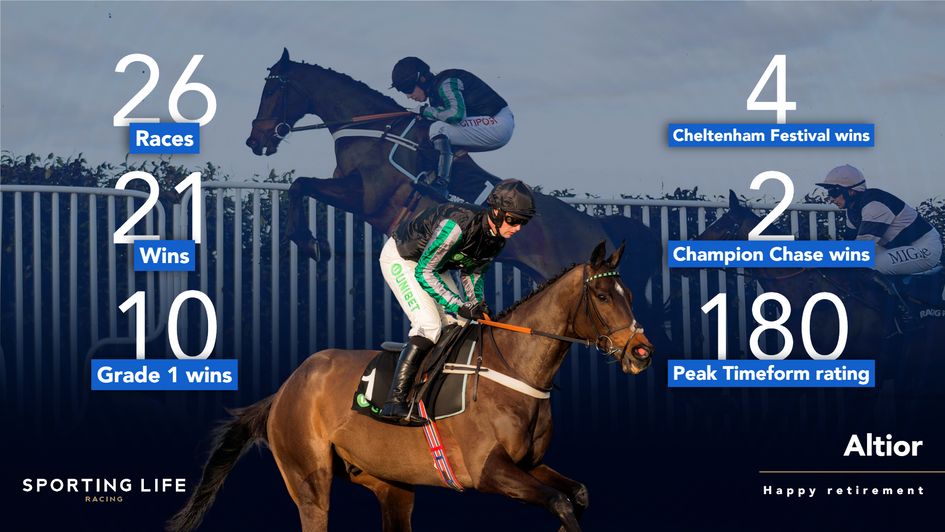 Owner Patricia Pugh paid her own tribute, saying: “Altior is a once-in-a-generation horse, and Chris and I are so fortunate to have been a part of his life since 2013.

“We thank the brilliant team at Seven Barrows, the genius Nicky Henderson and of course all the wonderful racegoers who have supported Altior throughout his career. We could not wish for a better place for Altior’s retirement than a home with Mick and Chloe Fitzgerald.”

Fitzgerald said: “It’s an absolute honour to have a horse who has done as much as he has, and I’ve followed his career all the way through and am delighted that he is now going to be part of our family.

“We are going to get him to our place, let him settle in and just see how we get on. There are no plans whatsoever – we’re just going to let him tell us what he likes doing and take it from there, but one thing I can guarantee is he’s going to have a very nice time.”

We enjoyed some incredible days with Altior. Horses like him don’t come along very often. I’m very thankful to Patricia and Christoper Pugh & the team at Seven Barrows. We are all wishing Altior a long and happy retirement. 💚🖤 pic.twitter.com/YbCEfKtgw7

Nico de Boinville rode Altior throughout his career. He told Unibet: “He was a phenomenal, athletic racehorse – and I hope he will spend a very long and happy retirement with Mick and Chloe Fitzgerald.

“I feel sad that I won’t get to ride him in a race again but I shall cherish the memories we share together and will forever be thankful for what he achieved with me on his back.”

He nominated Altior’s hard-fought victory over Un De Sceaux in the 2018 Tingle Creek Chase at Sandown as one of his favourite performances.

“There are so many highlights to choose from,” said De Boinville. "It’s hard to pick one out, but the Supreme he won was probably one of the best renewals we’ve seen in a very long time, so that is extremely memorable. 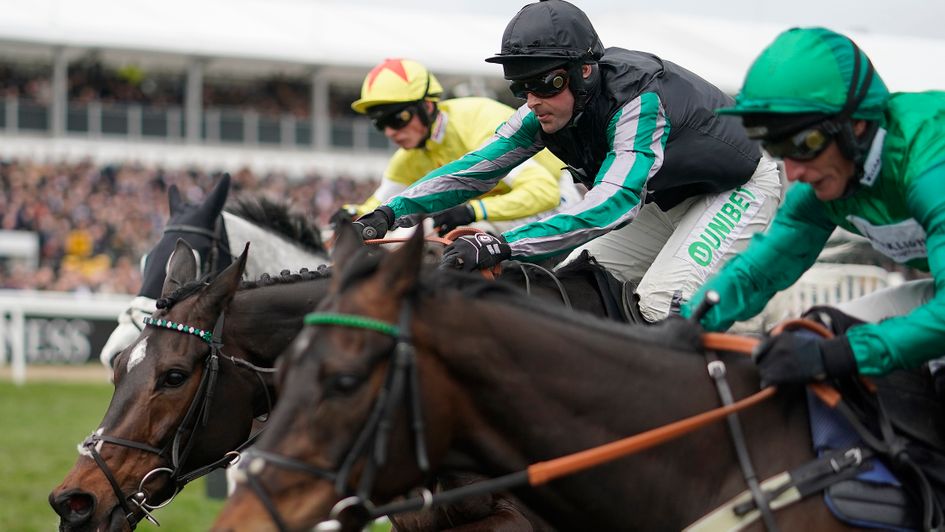 “But he was an absolute beast over fences, and I’ll never forget the performance he put up against Un De Sceaux in the 2018 Tingle Creek. It was hammering down with rain, and the ground was heavy, but he showed such guts and determination to win.

“All his wins at Cheltenham were just incredible to be associated with, and it’s what every jockey dreams of getting hold of.”

More on this story...