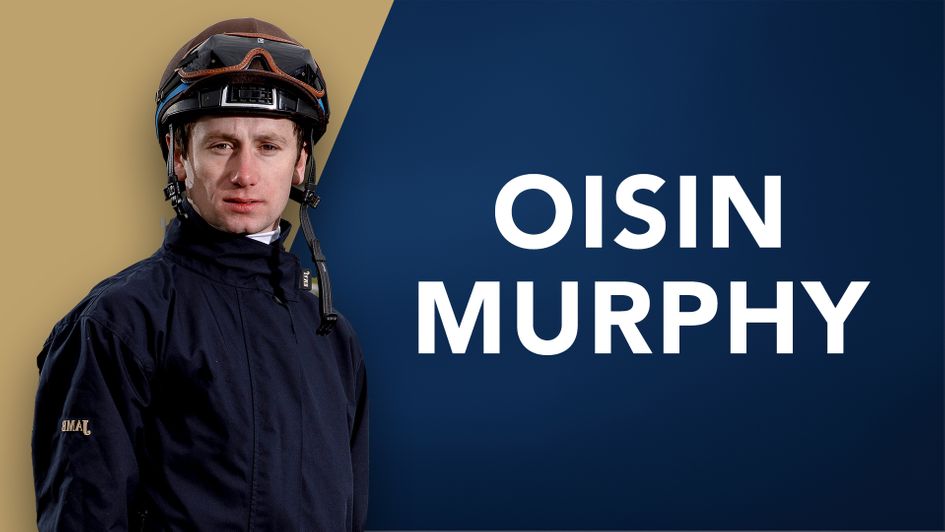 Oisin Murphy talks his failed alcohol test at Newmarket, bouncing back on Buzz, his title struggle with William Buick and Champions Day rides in this week's column.

I can’t wait for Qipco British Champions Day at Ascot on Saturday. The jockeys’ title could be settled there and it’s magnificent racing. I’ve a good book of rides, but unfortunately Search For A Song, who I was due to be on in the Long Distance Cup, doesn’t run.

It’s great to get DRAGON SYMBOL back at Ascot in the Qipco British Champions Sprint. He’s a very good horse and it will be interesting to see how he goes since he’s been freshened up. He’s had a full month to get over that and Archie Watson is very happy with him. I’m pleased with his low draw in three, he’s drawn amongst some fancied horses and it would be lovely to end the season on a high with him. 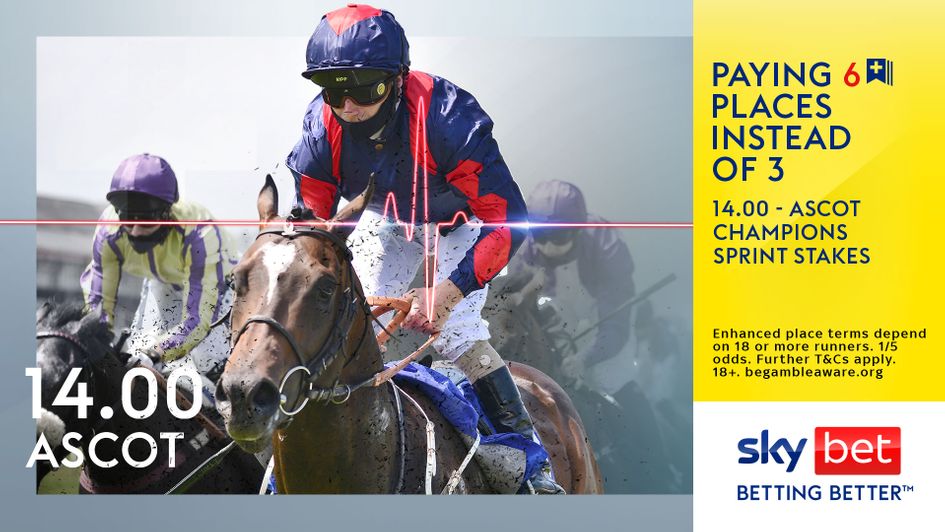 I’d obviously like her to run well in the Qipco British Champions Fillies & Mares, but it looks a tough assignment against Snowfall who would probably win this even on her Arc run. I rode her into second behind Wonderful Tonight at Goodwood and haven’t been on her since, she likes cut in the ground. She’s a stable favourite and she’s been a star, so everyone wants her to run a big one.

This is a huge ride in the QEII. I like her draw in stall one beside The Revenant, I think low could be key even in a smaller field. Hopefully she can settle away and run a big race. She’s been brilliant all year, has been freshened up since the Juddmonte International and she felt really well when I sat on her at home. She’s my best chance on the day as far as I’m concerned even though it’s such a hot renewal. Palace Pier is a machine and Baaeed is an improver, but let’s see what happens. The straight mile asks a different question of her after winning her two Group Ones around a bend, but I envisage no problems on that score. Hopefully she can put it up to the big two.

SIR BUSKER deserves to be top weight in the Balmoral Handicap, he’s been a superstar this season a really consistent horse. Remember how well he ran in the QEII last year when fourth to The Revenant, and he probably bettered that form this year in the Queen Anne. His run at Sandown last time out was good and again he’s got a good low draw. King Leonidas looks the most likely winner to me, I’d worry about Sunray Major over a mile. I think Frankie might have a job getting him home over this trip as he looks a horse with a lot of pace and he might not be drawn well in 21 either.

Striving to be better

This is my first opportunity to write down in words my reaction to failing a pre-race breath test for alcohol prior to the Fillies’ Mile card at Newmarket last Friday and firstly I’d just like to reiterate my apologies.

I apologise to everyone I let down. I don’t want this type of error to be part of my career and I should do a lot better than that.

With the regime I have I do have to move forward straight away, but at the same time I also need to reflect so I improve and don’t make the same mistake again. There will be systems put in place to ensure it doesn’t happen again.

I wouldn’t have gone racing if I thought I’d fail a test. The fact is I failed it and it doesn’t sit well with anybody. I know better is expected of me from both myself and the people I ride for.

Talking to @_tomstanley_, Oisin Murphy apologises for failing a breathalyser test for the second time - with some interesting comments here too about battling for the championship pic.twitter.com/lPhSs0njy5

The jockeys’ championship is getting pretty close and it could be a tense final few days after both myself and William Buick have ridden at Chelmsford on Thursday night.

It’s pretty obvious William has the momentum but I’ve been in this position before so I know what to expect and what I have to do.

On Friday I have some chances and then there’s Champions Day as well which I’ll talk through below, but I’m not that stressed about it to be honest, what will be will be.

I knew coming into October that the ammunition I had to ride was running out. The people I was riding winners for in August and September have run out of horses to run and that’s just the way it is.

I just have to do the best I can with what I’ve got to ride and I’ll try and make every single one count.

On Sunday I was kicking myself as Electress should have won at Goodwood. I should have made the running on her. I knew she stayed well. That was one I left behind. I hope it doesn’t come down to that.

I didn’t ride Electress off instinct. Ralph Beckett wanted me to take a lead and I left instinct in the weighing room. Nine times out of 10 when I come into my own it’s when I don’t listen to anybody.

What makes Frankie Dettori so good? He just does his own thing – something I didn’t do at Goodwood on Sunday. 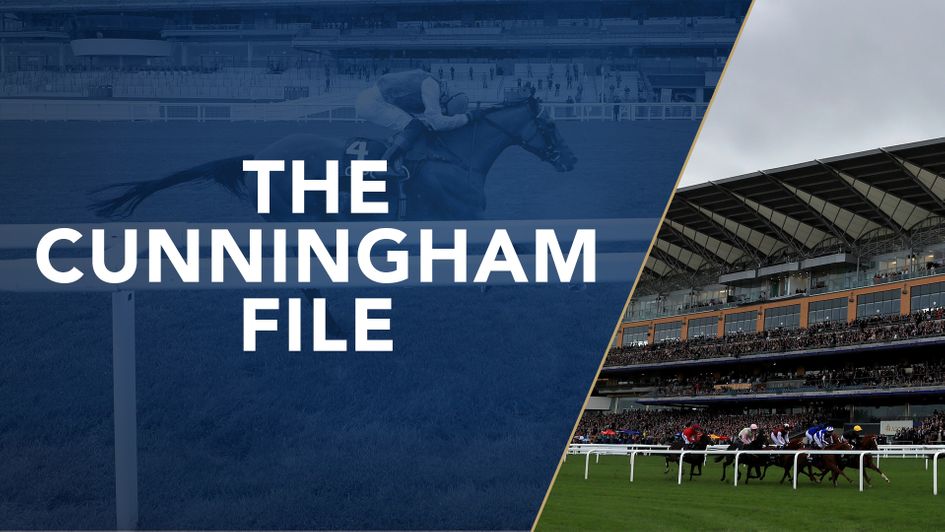 I had to move on quickly from being stood down on Friday and I did that by riding BUZZ to victory in the Cesarewitch.

It’s a very hard race to win and you’ve got to ride completely off instinct, you can’t have a plan. Nicky Henderson’s idea was to get him out and sit in the first half, but after half a mile I was in the last seven so I just rode him how I felt was right and engaged my brain through the race.

I got on the back of Pat Dobbs over the last six furlongs, then the second horse kicked before I did and I was able to time it correctly. I’ve had a few goes in that race on fancied horses and it’s never worked out, the big field size makes it so hard to time things and not get knocked over.

So it was a huge confidence boost going into Sunday. That’s why I was kicking myself over Electress as I didn’t put it to good use. 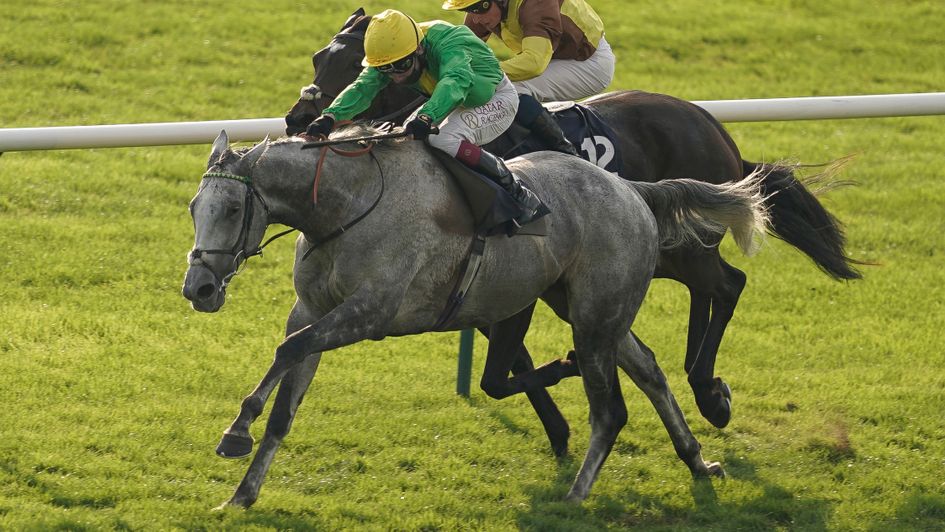 IMPERIAL FIGHTER ran great in second behind Coroebus in the Autumn Stakes. He should improve no end at three, he’s got lots of size and he’s going to stay very well.

We were very pleased with him.

BERKSHIRE SHADOW ran fourth in the Dewhurst and he might’ve just gone a little bit weak. It might not be the ideal track for him either, but he could be a Guineas horse depending on how he trains on over the winter.

He’s tall and lean and he’ll do very well with a few months off.