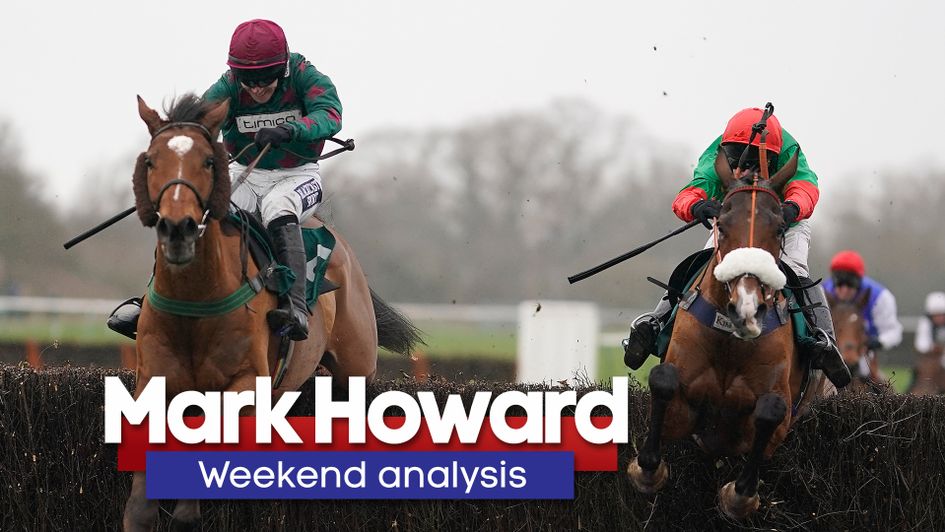 Holt The Note (left) could be in line for the Festival

A number of horses caught the eye of the top analyst last weekend including a novice chaser who he thinks will run a big race in the Close Brothers at Cheltenham.

Tom Lacey arguably trained the biggest winner of his career on Saturday when Kimberlite Candy ran away with the Grade Three Warwick Classic Chase. The eight year old had produced a career best effort on his reappearance when runner-up in the Randox Health Becher Chase at Aintree at the start of last month.

Raised three pounds to a mark of 140, he built on that run and, having streaked ten lengths clear, he almost certainly booked his place in this year’s Randox Health Grand National. The Flemensfirth gelding has formed a good partnership with Richie McLernon and the pair will provide part of what is likely to be a strong team of runners for owner J.P.McManus.

Given the fact Kimberlite Candy is very good fresh, one would expect him to head straight to Aintree without another run. Lacey and his team have done a superb job with him this season because the gelding hasn’t always built on some promising reappearances. McLernon couldn’t have got any closer to winning steeplechasing’s greatest race eight years ago aboard Sunnyhillboy and he will be relishing the prospect of attempting to go one better on a realistic contender. 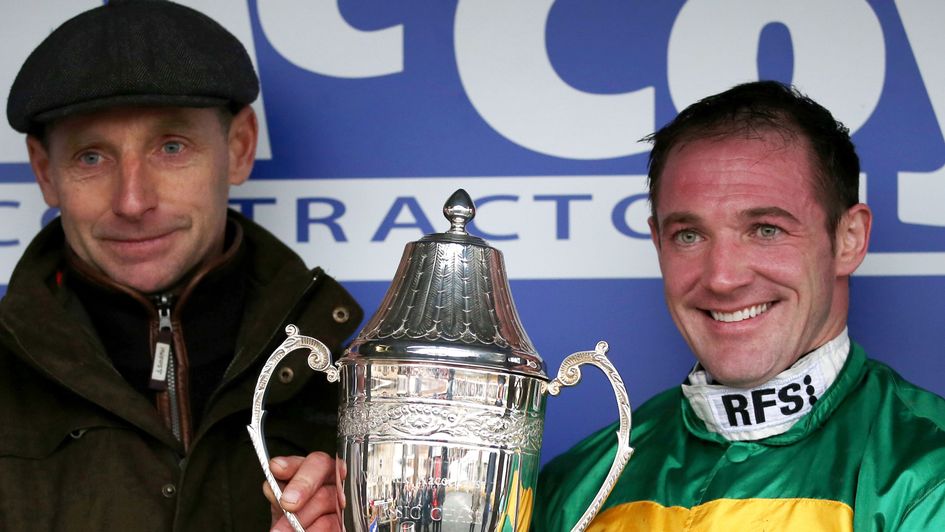 Annie Mc had the misfortune to bump into Honeysuckle and Silver Forever when finishing runner-up in her two Irish points when handled by Sean Doyle. Subsequently bought for £20,000 in May 2018, the Mahler mare has proved a shrewd purchase winning twice over hurdles last season, including the mares’ final at Newbury last spring.

Look at that jump from Annie Mc at the last fence 😍

The six-year-old has looked even better over fences this season winning both her starts. A four lengths winner at Wincanton on Boxing Day on her chasing debut, she backed it up with an impressive success at Wetherby on Saturday. Providing her trainer Jonjo O’Neill with his 44th winner of the campaign, she jumped well before taking over approaching the last and then readily pulling clear of the useful Alsa Mix in the two and a half miles mares’ novices’ chase.

Both her chase wins have been gained in testing conditions but her trainer is of the opinion she is more at home on a sounder surface, which bodes well for the remainder of the season. Her connections will be keen to win a Listed mares’ chase at some stage and it would be no surprise to see her take on the boys. Annie Mc certainly looks good enough.

Nicky Henderson has won the Betfair Hurdle on five occasions and the former champion trainer has entered half a dozen horses in the 2020 version, including Never Adapt.

A winner over hurdles in France for Guillaume Macaire before being snapped up by J.P.McManus and sent into training at Seven Barrows, she pulled much too hard on her sole outing last season at Cheltenham before incurring an injury. Back from a lengthy spell on the sidelines at Cheltenham last month, she finished third there and improved on that effort at Kempton on Saturday. Once again, she raced enthusiastically but her class told late on as she stayed on strongly to win the two miles handicap hurdle by three and a quarter lengths off a mark of 130.

When the Anabaa Blue filly learns to settle, she could be very smart indeed and the likely strong pace at her local track next month will play into her hands. The fact she has only raced four times means she ought to have plenty more to offer.

Hughie Morrison has handled some high-class jumpers over the years, including Frenchman’s Creek and Marble Arch and, while he is more renowned for his Flat exploits nowadays, the East Ilsley trainer is enjoying a remarkable National Hunt season at present.

The stable have had eight winners from only 14 runners with a couple of those successes being provided by mares in bumpers at Ludlow and Wetherby last week. I was particularly taken by the performance of Miss Austen at the former venue. 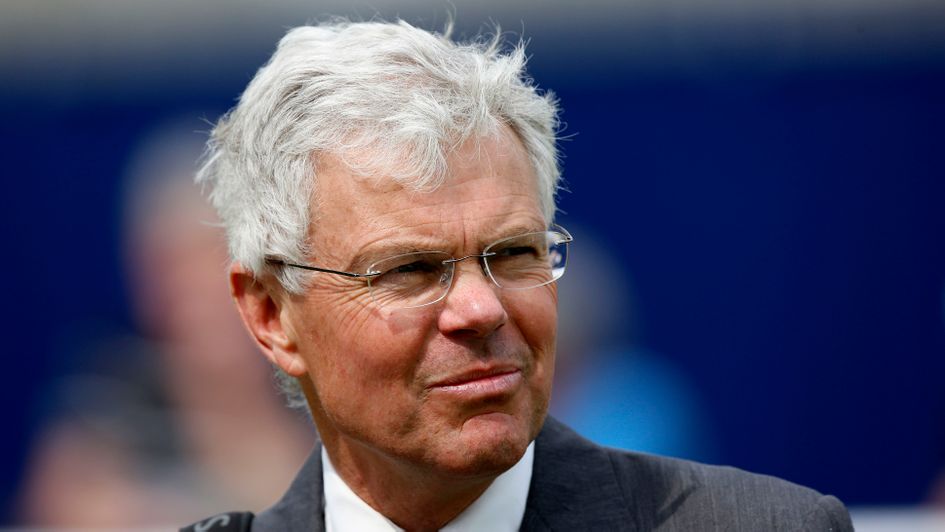 The Fame And Glory filly was found to have a stress fracture of her cannonbone after finishing third on her debut at Taunton last March. Back in action following an absence of 303 days, the five-year-old romped to a nine-and-a-half lengths win at the Shropshire track and looks tailormade for a Listed/Graded mares’ bumper in the spring. There are such events at Sandown a few days before the Cheltenham Festival, and Aintree’s Grand National fixture.

She won’t be out of place in that company and is very much a mare to follow. It is 18 years since Morrison trained his one and only Festival winner, the aforementioned Frenchman’s Creek under a brilliant ride by Paul Carberry in the three miles handicap chase, but this year he could be double handed with Not So Sleepy (Champion or County Hurdle) and Third Watch (Coral Cup or Pertemps Final). Sadly, he lost his runaway Wincanton bumper winner Supamouse due to a perforated intestine.

Owner Tim Radford and trainer Mick Channon won the Close Brothers Novices’ Handicap Chase at Cheltenham a couple of years ago with a six-year-old, namely Mister Whitaker, and there is a possibility they will repeat the trick in March with one of his stablemates. 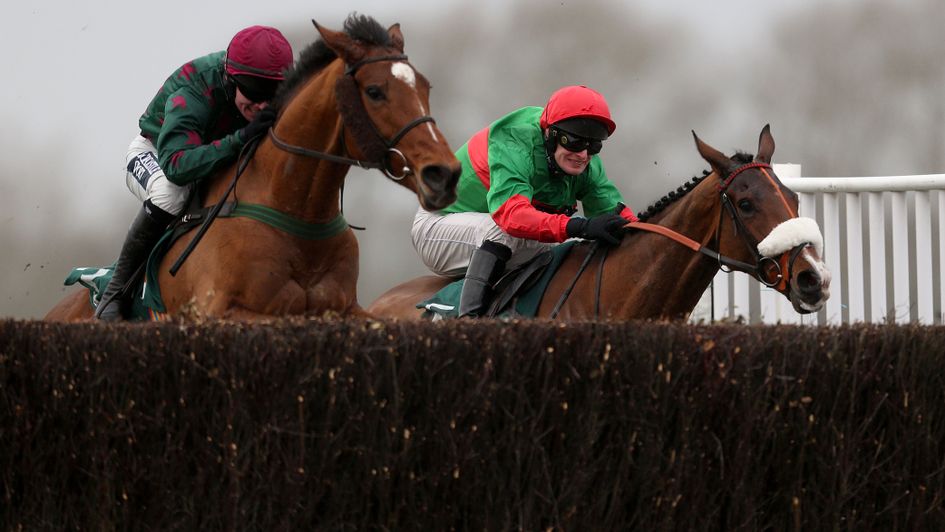 Hold The Note leads Two For Gold at Warwick

Hold The Note ran a cracker in the Grade Two novices’ chase at Warwick on Saturday narrowly missing out to the Kim Bailey trained Two For Gold, who was making it three out of three over fences. For much of the three miles contest, the runner-up travelled like the best horse in the field and the gelded son of Jeremy looked sure to lose his maiden tag over the larger obstacles when striking the front after the second last.

However, his stamina gave way on the run-in with the trip stretching him as the winner rallied gamely close home. Therefore a drop back in distance looks in the offing for Hold The Note and it will be interesting to see how the handicapper reacts. Two For Gold was rated 140, whilst Mick Channon’s charge raced off 133 at the weekend.

A mark of 138 was required to get in last year’s renewal of the Close Brothers Novices’ Handicap Chase. Given the fact he went so close in a Grade Two, he looks sure to get a rise of around five or six pounds, which will hopefully ensure his place in the line up at the Festival. His record racing left-handed is 1412 and he has already proved he handles Prestbury Park having finished fourth in a Listed bumper in November 2018.

Beaten less than three lengths behind Graded hurdle winners Master Debonair and Thyme Hill, he had the likes of McFabulous, One Touch and Ribble Valley behind him on that occasion. As short as 12/1 with Sky Bet for the Festival (non-runner/no bet), other firms are offering 16/1 and 20/1 without the concession which looks very fair.