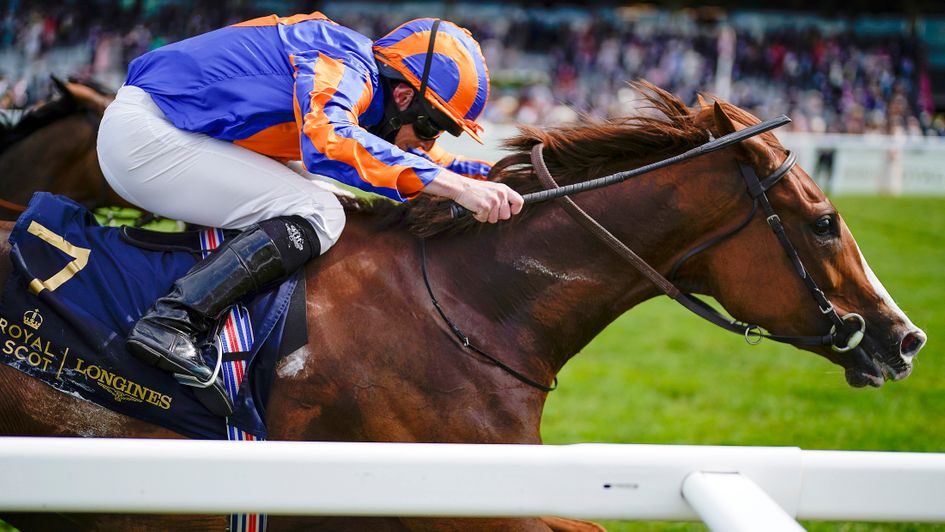 Hot favourite Love is set to face five rivals in the King George VI And Queen Elizabeth Qipco Stakes at Ascot on Saturday.

Last season’s 1000 Guineas and Oaks heroine made a successful return from 10 months off the track in the Prince of Wales’s Stakes at Royal Ascot last month and is a warm order to provide trainer Aidan O’Brien with a fifth victory in this weekend’s midsummer showpiece.

The Ballydoyle handler will also saddle the ultra-consistent Broome, who has won four of his six starts this season and was last seen breaking his duck at the top level in the Grand Prix de Saint-Cloud three weeks ago.

The opposition is headed by Charlie Appleby’s Derby hero Adayar.

The Frankel colt was a surprise winner of last month’s premier Classic, but the form has been significantly boosted by his stablemate Hurricane Lane, who has won both the Irish Derby and the Grand Prix de Paris since finishing third Epsom.

The other three-year-old in Saturday’s field is Martyn Meade’s Lone Eagle, who was beaten a neck into second by Hurricane Lane in the Irish Derby four weeks ago.

David Menuisier has declared stable star Wonderful Tonight. The Sussex-based Frenchman has expressed doubts about running his pride and joy on fast ground and will be hoping one of the forecast thunderstorms arrives in Berkshire.

The small but select field is completed by John and Thady Gosden’s Saudi Cup and Dubai Sheema Classic victor Mishriff.

The son of Make Believe can be expected to improve from his first start since his globetrotting exploits when third in the Coral-Eclipse at Sandown three weeks ago.