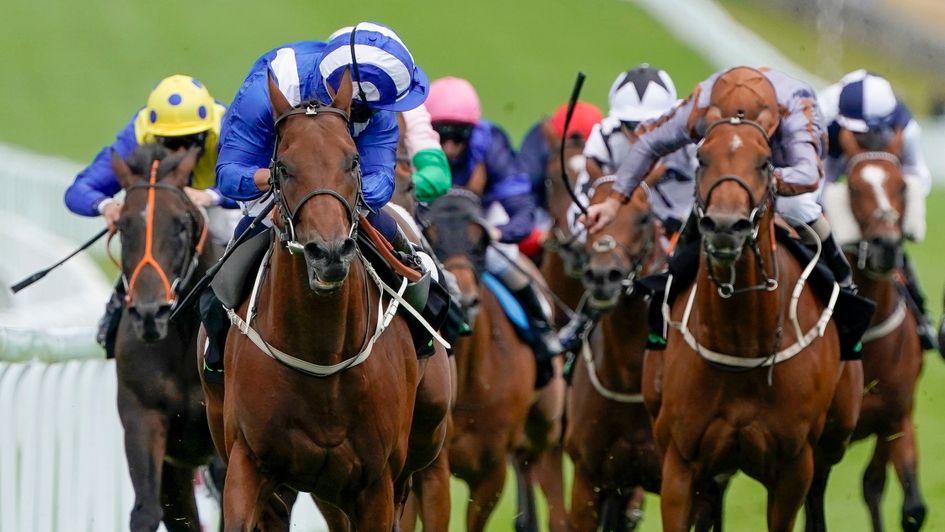 Mark Johnston is always the man to follow at Glorious Goodwood and his son and assistant, Charlie, provides an in-depth guide to the team heading south this year.

"He’s been supplemented for the Goodwood Cup, we’ve had long debates about stamina and about ground conditions and I’ve still got a huge amount of respect for Stradivarius but I don’t think it’s a very deep race beyond him and Spanish Mission, especially if the ground comes up quick as that won’t help Trueshan. So it’s been a big call to pay £25,000 to supplement and he needs to be in the first four to make sure we recoup it but on decent ground I’d be very, very confident of that. If you asked at the start of the year I’d say I was 110% certain he’d stay and while York has cast a few doubts in our minds, I do feel there’s a big whole in this division now (Subjectivist being ruled out) and it’s well worth going for Sir Ron."

"He’s in the Goodwood Cup too and was second in the same race last year. He ran respectably in the Gold Cup at Royal Ascot and two miles on fast ground are ideal conditions for him." 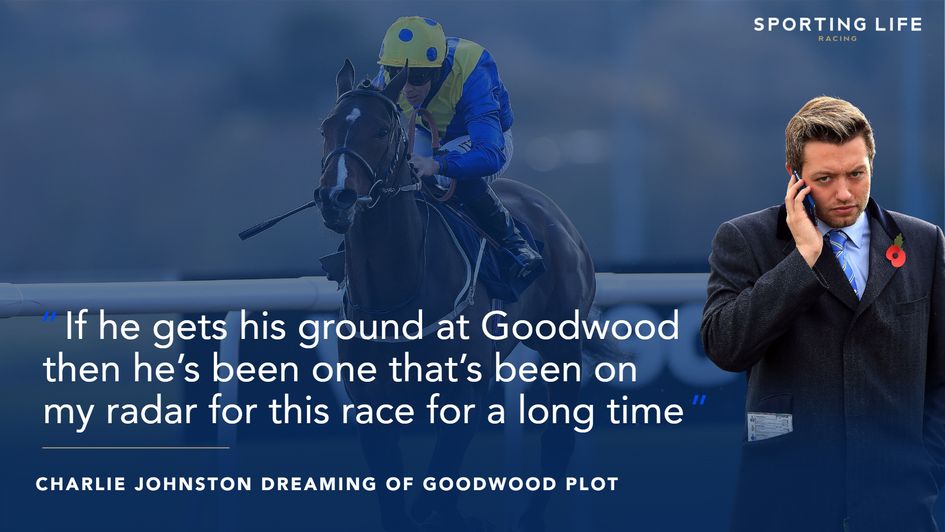 "He and Sky Defender finished first and second in the 10-furlong handicap that opens the meeting last year and I would say there is a strong possibility they will both run in that again. Maydanny ran very well at Sandown last time. He’s still in the Golden Mile but we’ll make a call on that very late."

"He will run on Tuesday providing he gets in and if he gets fast ground then he will run very well. His two duck-eggs recently on soft ground can be ignored really. If he gets his ground at Goodwood then he’s been one that has been on my radar for this race for a long time."

"He’ll have an entry in the Glorious Stakes and will have a little bit to find in that kind of company but I think a mile and a half in a smaller field will be better for him so he’s more likely to run on the Friday."

"It was good to see him back to winning ways, he’s now going to find himself ‘wrong’ at the weights in the Golden Mile as he was already due to come down in the handicap and after winning at Ayr he’ll now have a 3lb penalty as well. But he’ll go for that race, for sure, he’s in great form and he likes fast ground. You’re always a bit of a hostage to fortune in that race but if he gets a single-figure draw it would be no surprise to see him roll around there and be in the shake-up."

"He’ll probably go for the Stewards’ Cup but we’ve also put him in the five-furlong handicap on Tuesday. It’s not impossible he could run in both. I have a feeling his ability hasn’t quite been maximised on recent starts, he just needs riding with a little more restraint and I’m sure there’s a big race in this horse."

"She’ll run in the six-furlong fillies’ handicap on Tuesday after winning at Chester recently. This is a new race and after the win she went up 3lb to 95 which is the ceiling for this handicap so that was spot-on really and it’s ideal conditions for her. She’s in good form."

"He’s possibly going to go for the same race he ran in last year. He’s also in at Musselburgh on Sunday but he could do both."

"He’ll definitely run in the mile and six-furlong race which he won last year. He’s had a fantastic season, was third in the Chester Cup and third in the Northumberland Plate, so another solid run seems likely."

"We could maybe step up to two and a half miles which would be a bit of a new direction for him. We could also run Rochester House, Thai Terrier and possibly Military Two Step in the same race as well."

"I think we felt coming out of Newmarket that he probably wants to go up to 10 furlongs now. Before that we might have been thinking about the Bonhams Thoroughbred Stakes at Goodwood and we’ll probably keep half an eye on that, but up to a mile and a quarter and something like the Rose of Lancaster might be on the radar for him a little later on."

"She’s okay after Haydock, I think she pulled some muscles in her back or hind quarters as she was quite stiff after that race. She’s had an easy 10 days or so to get over that and seems very well. She is still in the German Oaks and that is still under consideration. That’s a week after Goodwood so it’ll be there or the Lillie Langtry and at the moment we’d probably be leaning more towards the Lillie Langtry." 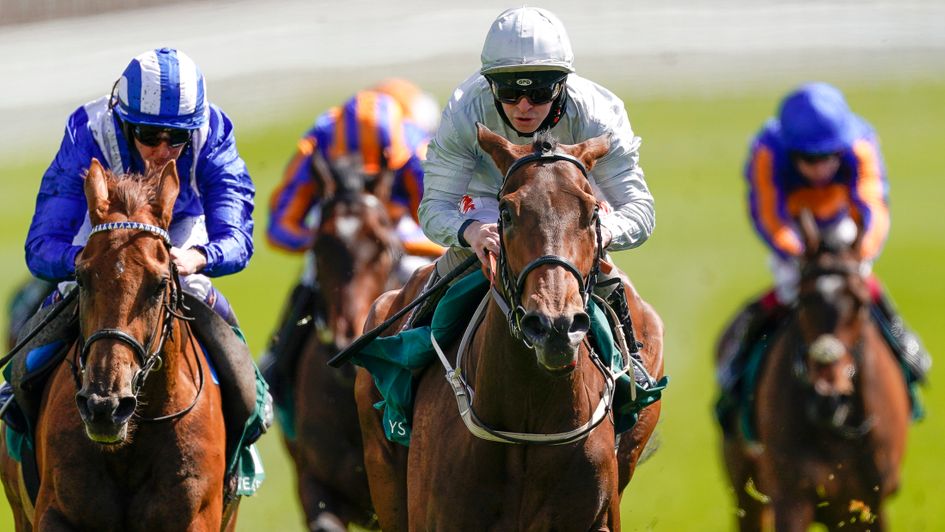 "He got a bit warm but I wouldn’t say that was an excuse for the performance in the Bahrain Trophy at Newmarket. Basically, he’s been very progressive in handicaps so we’ve stepped up to Group company and he’s come up a little bit short. We will keep half an eye on the Gordon Stakes but I think it’s more likely we’ll drop back into handicaps with him so he’ll be entered in the mile and a half three-year-old handicap. Hopefully that’ll see him bounce back to form on decent ground."

"He is in the Golden Mile but may struggle to get into that as he’s still quite far down so will probably have an entry in the mile and a quarter three-year-old handicap which will be his first try at that trip. I felt at Newmarket that going up in distance might be worth trying with him so he’ll have an entry there."

"He ran no race at all at the July Festival at Newmarket, I’m not really sure why but he was never in the race and never going. On his two previous runs he’d well warrant a spot in either the mile and a quarter or mile and a half handicap. So I’m sure he’ll be entered but he needs to put a run behind him which we can’t really explain at the moment."

"He won very well at Chelmsford well on Wednesday evening and judged on that we’ll probably be sticking to a mile with the horse. As a result there’s nothing really for him at Goodwood but they have rescheduled a race for Hamilton next Saturday and there's a nice valuable handicap at Thirsk on the Sunday so he might go to one of those."

"He’s had a good season and will be going to the mile and a half handicap after his third at Ascot last time. He’s a solid, consistent performer and will go there with a good chance."

"He’ll be entered in the mile and a quarter and the mile and three-furlong handicaps. He’s only off 81 so it’ll be touch and go whether he gets in the main 10-furlong one but he’s a horse in form."

"Austrian Theory will probably run in the Vintage Stakes on Tuesday. There aren’t many entries in that but it looks a pretty warm race.

"We’ll have runners in all three maidens as well, including a Muhaarar newcomer Harb, and we’ll have plenty of runners in both of the nurseries such as Highland Premiere, Whitefeathersfalls, plus maybe Sharp Combo, Jilly Cooper and Eternal Glory."