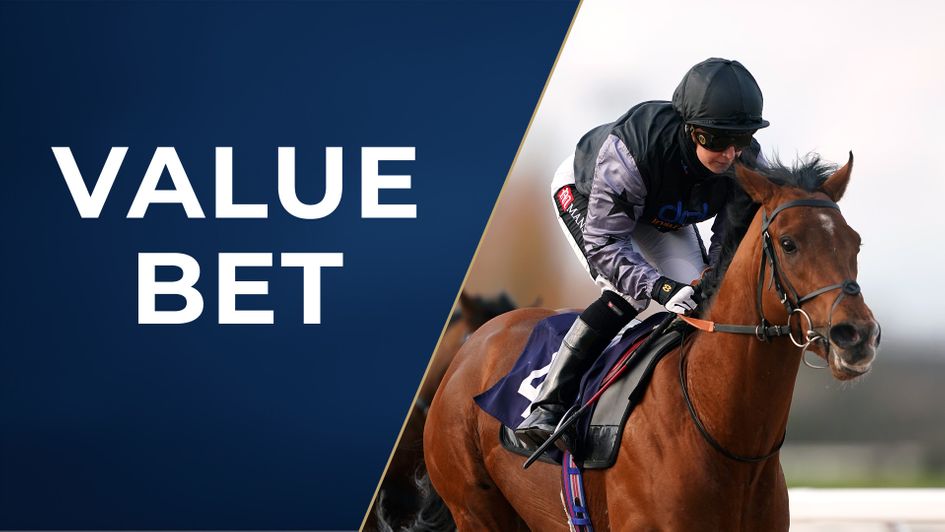 Some cracking handicaps to get stuck into this weekend and Matt Brocklebank is on hand to pinpoint the pick of the value.

Saturday’s Virgin Bet Ayr Gold Cup looks like being the third edition in four years to be run on decent ground and – as was the case when triple five-furlong winner Angel Alexander struck gold in 2019 – raw speed could trump stamina this weekend.

The William Haggas-trained Khanjar is a blindingly obvious one open to any amount of improvement but it’s not like he’s well-in under the 5lb penalty and, based on Haydock at the start of the month, he’s arguably more of a grinder than a glider. His turn of foot is not instant, put it that way, so maybe he'll be found out by the rise in grade.

He’s also plenty short enough and I’ll take him on with two fellow youngsters who are likely to be well-positioned towards the fore in the early stages. They’re also available at much bigger prices which is always the deciding factor in this column and the first up is LUCKY MAN for trainer Richard Spencer.

Angel Alexander’s success was the climax of a productive campaign and this horse fits a similar mould, Lucky Man having started the campaign rated 73 and effectively comes here off a mark of 96 including the 5lb extra for his recent York win.

Despite having to do a lot of his own donkey-work from stall one on the Knavesmire, he showed a really good attitude to see off Aphelios with a little more in hand than the official margin (neck). The second gave the form a solid look when runner-up again at Yarmouth on Thursday, and Lucky Man is clearly thriving.

He'd previously got within a neck of the admirable Gale Force Maya (winning for the second time at Listed level when scoring at Ayr on Friday) and, after just two starts in cheekpieces, there's a fair chance Lucky Man has more to offer in the headgear. 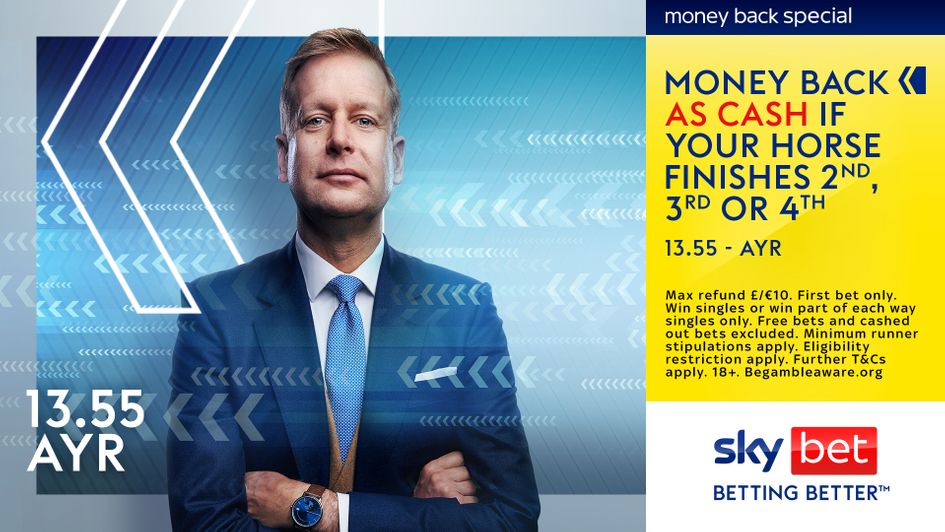 The draw at Ayr is always a bit of a guessing game but the in-form Mr Wagyu should give the selection a great tow into things up the middle of the track and, in between that pair in stall 14, GIS A SUB is the other one I can’t let go unbacked.

He was having his first start after a break in the five and a half-furlong handicap won by stablemate Bergerac at York last month – having been gelded in the interim – and was unusually sluggish from the stalls.

Perhaps he was a little rusty, but he did get walloped by the horse housed next door on exiting the stalls and was immediately on the back foot which isn’t ideal at York, especially for a horse more used to being close to the pace. Despite that, he ran on well to be beaten just three and a half lengths.

It feels a long time since this horse’s sole career win which came at Pontefract second time out as a juvenile last summer, but he was set some stiff tasks at the end of 2021 as well as earlier this year (ran in the Sandy Lane and Commonwealth Cup), and this has likely been his long-term target since he didn’t quite come up to scratch. 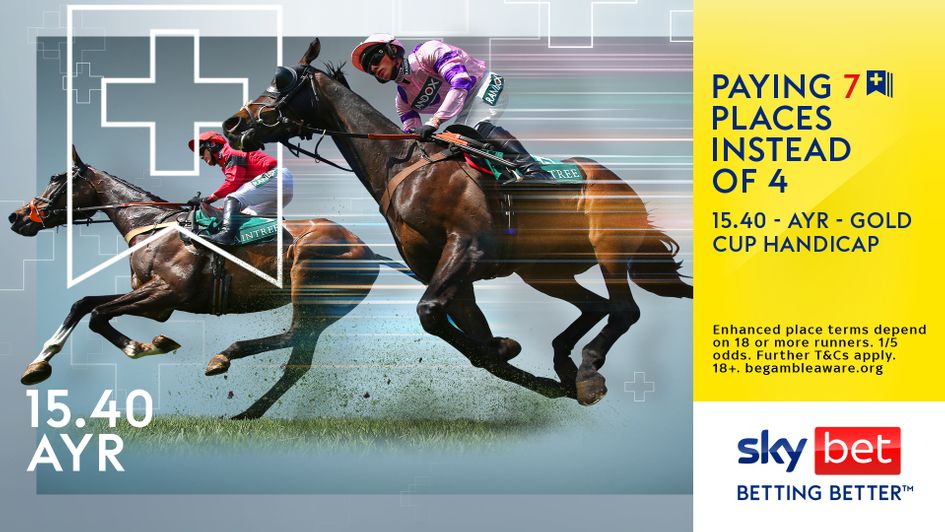 The betting for the Virgin Bet Ayr Silver Cup Handicap focuses around a handful of horses drawn low but the likes of Hyperfocus, Aberama Gold, Edward Cornelius and Zargun are all close to the stands’ rail (high numbers) and VINTAGE CLARETS could consequently get the race run to suit.

Another one running under a penalty for a recent win, getting his head in front at Windsor a couple of weeks ago will surely have done his confidence the world of good.

He’d also been gelded during 82 days away this summer and the operation seems to have helped him rediscover the sort of form that saw him finish third in last year’s Coventry Stakes at Royal Ascot. He remains really well treated on that basis and the drying ground should play to his strengths as well. He’s drifted to a general 14/1 and makes plenty of appeal.

It’s not the main betting race on the Newbury card – more on that below – but the Dubai Duty Free Mill Reef Stakes is an interesting renewal of the Group Two for juveniles.

Sakheer represents last weekend’s St Leger-winning connections of Eldar Eldarov and went some way to living up to his 550,000 euro price-tag with a stylish success in a Haydock novice at the start of the month.

What that form’s actually worth is questionable, though, and he got a bit of a freebie on the front end close to the stands’ side rail so he’s likely to be asked a few more questions on this occasion.

He was pitched into a very hot little contest at Newmarket at the end of July and, despite conceding experience to the first two, looked a major threat a furlong out before having to settle for a close-up third.

Winner Noble Style has followed up in the Gimcrack since and must rank among the brightest juvenile prospects around, while the well-held fifth and ninth have won small races subsequently too.

Runner-up Mill Stream let the side down slightly when only fourth in the Acomb but he didn’t really see the seven-furlong trip out at York so I’m still willing to take a very positive view of the HQ form in general.

Wallop showed loads of promise, the front three coming seven and a half lengths clear, and it looks significant Hannon is happy to pitch him in here alongside Ripon Listed winner Shouldvebeenaring, especially when he also had Persian Force entered at the five-day stage.

The 12/1 looks to underestimate this horse’s potential. 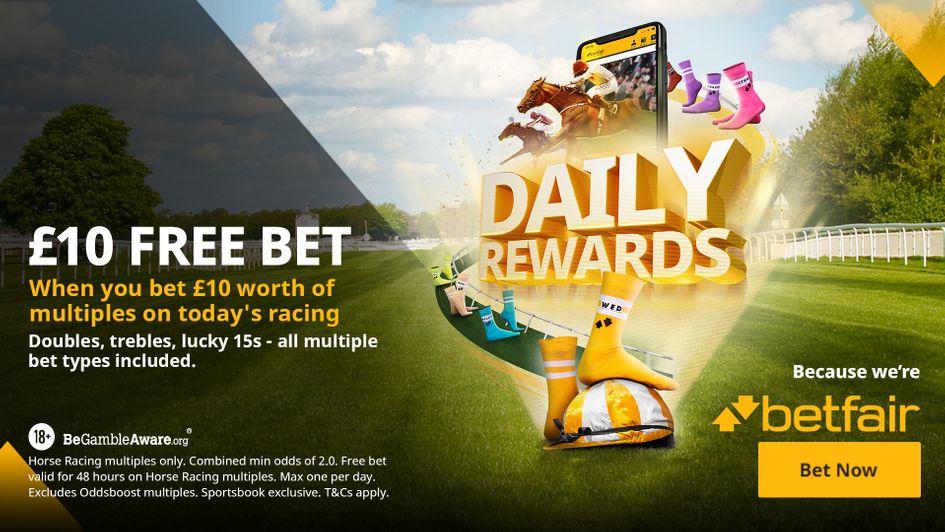 The Dubai Duty Free Handicap looks like being dominated by Godolphin with Marching Army, Warren Point and Ottoman Fleet representing the boys in blue, the latter pair of particular interest for Charlie Appleby.

They boss the market but at a bigger price there must be a chance ONEFORTHEGUTTER takes full advantage of his sliding mark before long.

Remarkably, he was Ian Williams’ first ever winning two-year-old newcomer when surprising a few (25/1) in a Haydock maiden last summer, after which he was tried in Group company and found himself rated 102.

That sort of rating was never going to be easy to defy this year, but he ran well enough off 100 at Epsom on Derby and looked to be coming back to the boil when fourth at York’s Ebor Festival last month.

The winner Phantom Flight (favourite for Saturday’s Doonside Cup at Ayr) was in a different league but the next three home were all bunched up and the third, Geremia, has since finished a close second off the same mark at Newcastle which bodes well.

Oneforthegutter is down another pound to 91 and looks a shade underestimated in the betting here under David Egan.