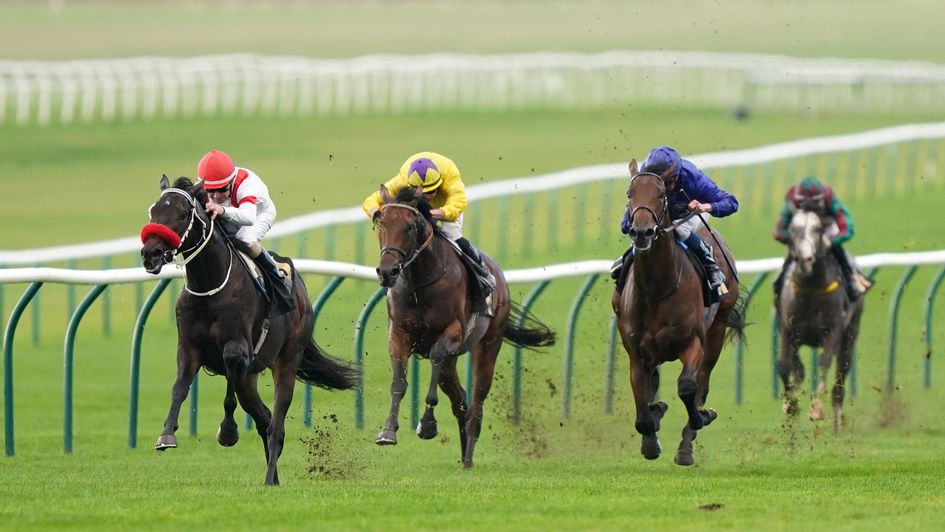 Get the latest from connections ahead of the French 2000 Guineas at Longchamp on Sunday.

Jane Chapple-Hyam admitted she had been left with a sinking feeling after top British hope Claymore was handed the widest draw of all in Sunday’s Emirates Poule d’Essai des Poulains at ParisLongchamp.

The Mary Slack-owned son of New Bay was three and a half lengths behind Native Trail in the Group Three Craven Stakes on his seasonal debut.

That form was subsequently franked by the winner, who chased home Godolphin stablemate Coroebus in the English 2000 Guineas.

Yet the twice-raced Claymore, who landed a soft-ground novice over seven furlongs on debut at Newmarket in October, has been done no favours being drawn widest of all in stall 16 for the Group One, which is also referred to as the French 2000 Guineas.

“I was having a wonderful day until I saw the draw,” said Chapple-Hyam.

“It is so disappointing. You go through all winter with the dream and then you see 16 of 16 and you just sink.

“The horse is well and I’ve got a brilliant horseman in Adam Kirby aboard, so it is down to him.

“It is just unfortunate for a small yard. It is just the way the cookie crumbles.”

Chapple-Hyam, who saddles Heat Of The Moment in the equivalent fillies’ race 40 minutes earlier, sent her team over a day earlier than scheduled in a bid to give them a little experience of their surroundings.

She added: “The horses have arrived safely and settled in. I went a day early because I didn’t want to get held up in Friday traffic.

“They are going to have a little gentle canter and they will get to see the track and the grandstand.

“Claymore is a quick learner, so I suppose that is one plus point in the fact he gets to see the track rather than just seeing it on raceday.

“He is in the French and English Derby and we will make a plan after he runs, but I’ve just got to get over the bad news about the draw first!” 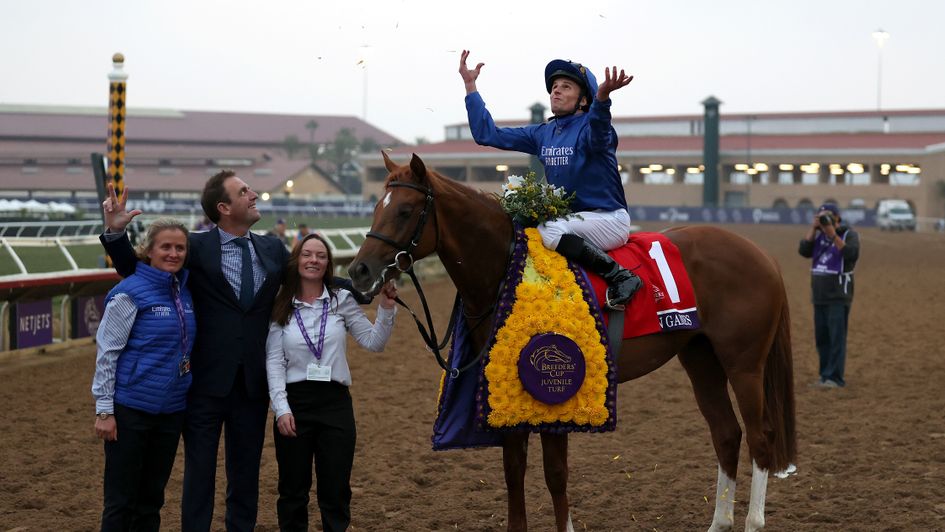 Roger Varian was also left to bemoan a berth in stall 14 for Bayside Boy, who makes his first start of the season, having signed off last term with a close-up third to Luxembourg in the Group One Futurity Trophy at Doncaster.

Olivier Peslier comes in for the ride for the first time and Varian said: “It is not a great draw. It is what it is, we can’t do anything about it. The horse is in good form and we will have to do our best to overcome the draw.

“The ground is going to be quick – it is dry and warm in Paris – but we have no concerns about the ground.

“You want a low-numbered draw on the mile at Longchamp, so of course you have to be disappointed with the draw, but what can we do about it. It is out of our control, but the horse is in good form.”

Charlie Appleby, who saddled the 2000 Guineas one-two with Coroebus and Native Trail, was hoping for a low draw for Modern Games.

And his wish was granted as last season’s Breeders’ Cup Juvenile Turf winner, who will again be partnered by William Buick, is set to race from stall four.

The Godolphin-owned ante-post favourite has been pleasing connections at home.

“We have been delighted with his preparation,” Appleby told the Godolphin website.

“We can’t fault his preparation and are looking forward to having his first start as a three-year-old.”

Formula One driver Charles Leclerc, currently leading the world rankings at the wheel of his Ferrari, will be cheering on course-and-distance winner Lassaut, having recently acquired a share in the Jean-Claude Rouget-trained colt, who has won both starts this season.

Aidan O’Brien has won this race five times, including last year with St Mark’s Basilica, and he is represented by The Acropolis, the mount of Ryan Moore.

The Acropolis, winner of one of his nine starts, has yet to tackle a mile but stuck on well when finishing a half-length runner-up to Dr Zempf over seven furlongs at Leopardstown in the 2,000 Guineas Trial early last month.

“He certainly didn’t lack for experience at two, and he probably saved his best until last with a close fifth in a Group Three at Leopardstown in October,” Moore reported on his Betfair blog.

“I didn’t ride him on his return at the same track last month but he showed improved form to a much higher-rated opponent off levels.

“That form obviously needs improving on again here – and considerably so with the likes of Breeders’ Cup winner Modern Games in opposition, as well as the Craven runner-up Claymore – but maybe he has just come to himself now, so he is another worth chancing in this higher grade, with the step up to a mile expected to suit.”