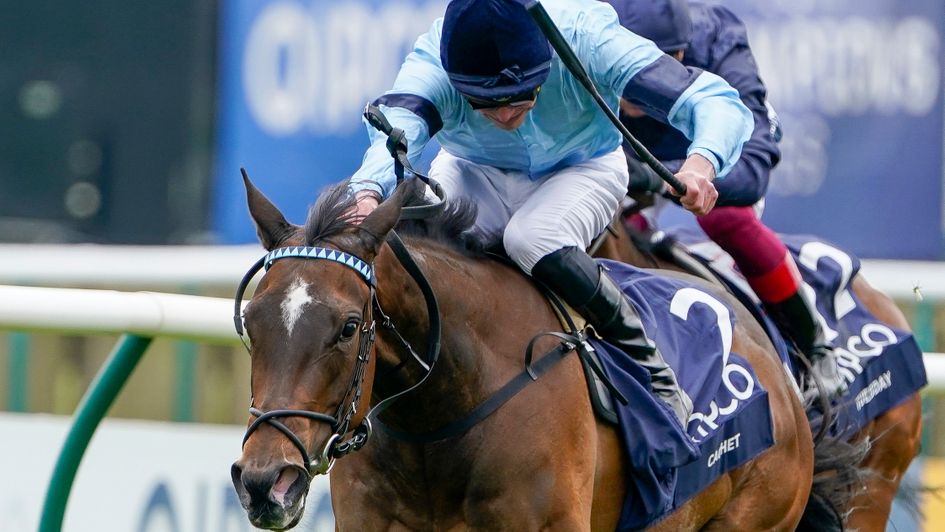 French 1000 Guinea strainer quotes | Cachet 'should be suited' by Longchamp

Get the latest from connections ahead of the French 1000 Guineas at Longchamp on Sunday.

George Boughey feels Qipco 1000 Guineas winner Cachet will be suited to the style of racing at ParisLongchamp as she goes in search of more Classic glory in the French equivalent on Sunday.

The daughter of Aclaim will again be partnered by double Guineas-winning jockey James Doyle in the Poule d’Essai des Pouliches, where she will take on 14 rivals.

However, the task for the Highclere Throughbred Racing-owned filly has been made difficult by the draw, with Cachet racing from stall 10.

Doyle made virtually all the running over Newmarket’s straight Rowley Mile to fend off Prosperous Voyage by a nose and Boughey, who is still trying to get over gaining a maiden British Classic success in just his fourth season with a licence, hopes the ante-post favourite will be able to overcome her tricky berth and dictate again.

“Winning the Guineas was great,” said the young Newmarket handler. “She is in rude health since she won and she makes my job very easy really.

“She has been training good and and seems to have travelled over well.

“The draw is not ideal. It means she will have to go fast from the gate, but she is a forward-going filly and I’m certainly not going to break her stride.

“I think French racing will suit her if she can get away from the gate. They do seem to slow it up and with a lot of the fancied horses inside – it is amazing to even be in a position where we are talking about this!”

Only one filly has completed the English-French 1000 Guineas double this century. Special Duty achieved that feat in 2010 and the last to do so was Miesque in 1987.

Boughey is under no illusions about the task facing Cachet and added: “It can be quite a tall order, but she travelled well to America last season (when a length fourth to Pizza Bianca in the Breeders’ Cup Juvenile Fillies Turf at Del Mar) and I think the style of racing will suit her. You don’t have too many chances to win a Classic, so we go again.”

Cachet is set to go off favourite, despite main market rival Rosacea favourably drawn in stall one.

“Rosacea is doing very well,” said Wattel. “There have been no hitches with her preparation since she won the Prix de la Grotte.

“Has she improved since then? I can’t say, because, in the mornings, we do our best not to blunt her speed.” 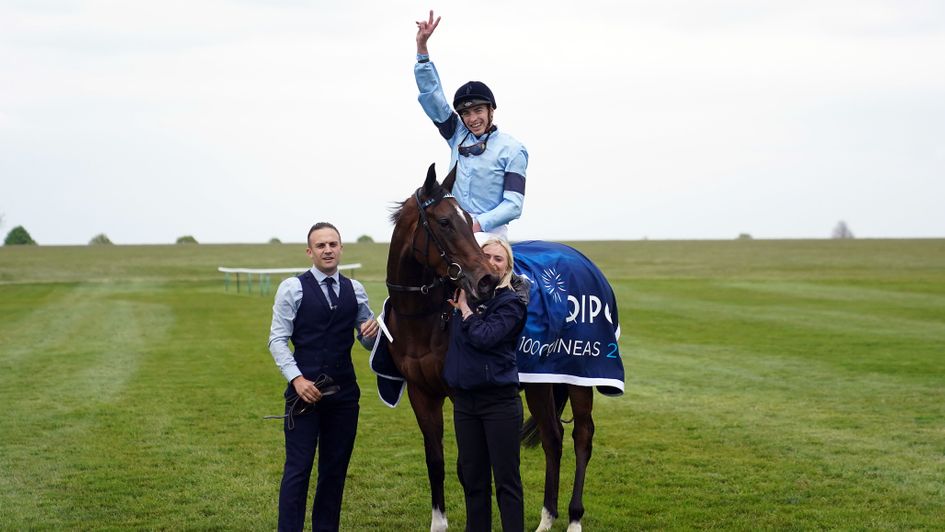 Other British interest is provided by Jumbly, who steps up to a mile for the first time, having raced a little freely early on under Kieran Shoemark when beaten half a length by Wild Beauty on her return in the Fred Darling at Newbury last month.

Hollie Doyle, who was aboard when fourth to Hello You and Cachet in the Rockfel Stakes at Newmarket in September, and again when landing a Listed contest at Newbury on he final juvenile start, renews her partnership with the daughter of Gleneagles.

He said: “She was a bit keen at Newbury. Maybe she was a bit fresh, although it is not in her character to be like that. She ran well to be beaten half a length.

“She made good headway and I guess she is bred to appreciate an extra furlong, so I hope she settles and I think, although she won on very soft ground at Newbury last season, she is a good-moving filly and on the expected quick ground she should be OK.

“I think the draw (stall four) is good. It would be a good result to be in the first four.

“I hope the extra furlong will help her. When she ran at Newmarket, she came from a bit too far back and ended up being two lengths behind Cachet in the Rockfel.

“She was running on that day and she has a length or two to find, but with a bit of luck we might get in the money.”

Heat Of The Moment is also going up in trip for the third start of her career, having taken a Yarmouth novice with ease in October before finishing a close-up sixth to Wild Beauty on her seasonal bow in the Fred Darling.

Trainer Jane Chapple-Hyam is pleased that the daughter of Bobby’s Kitten has a better draw than her other big hope Claymore, who has been drawn widest of all in the French 2000 Guineas which takes place 40 minutes later.

Of Jim Crowley’s mount, she said: “Heat Of The Moment had a bad draw in the Fred Darling, where she was drawn one, but she is now drawn nine, so that’s good – she can jump and get cover and hopefully bring her home.

“We could have done with a bit of rain. We are not going to get that, but they tend to have a good cover of grass there.

“She looks great in her coat. It was still wintry in the Fred Darling, but she has totally come into her summer coat now, so that’s good. She is fit and well.”

Aidan O’Brien is represented by Toy, who landed a seven-furlong maiden at Cork on her second start this season, having had her colours lowered by Perfect Thunder in her three-year-old debut at the Curragh. Ryan Moore’s mount will break from stall five.

“I think we were all a bit surprised when she was beaten in her maiden on her reappearance as she had been working very well,” Moore told Betfair.

“And we all know how good her pedigree is, being related to a whole host of top-class performers such as Gleneagles and a conveyor belt of similarly good fillies.

“That form of that Curragh maiden defeat hasn’t worked out that well either, but clearly a lot of our horses were needing their first runs more than we thought, and she did it well at Cork next time.

“This is clearly a huge step up in class but she has been showing us all the right signals at home, so let’s see how she gets on.

“The extra furlong is an obvious plus, and she may just surprise some much higher-rated fillies. She has it prove though, stepping out of maiden company against a Classic winner in Cachet, Group winners and the likes of Boussac runner-up Times Square, as well as plenty of other promising fillies. You always need luck from your draw around here.”