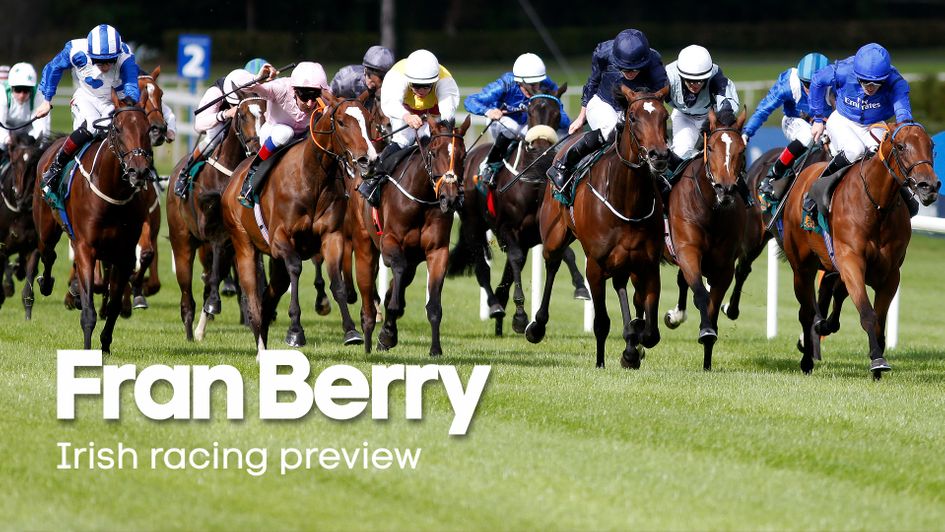 Top pundit Fran Berry looks ahead to the action

Flat racing is back in Ireland this week and our man in the know Fran Berry takes a look at some fascinating action on day one at Naas.

It's great to be back and such a relief for so many people to have racing in Ireland again. I was on the Curragh last week and you just get the vibe that everyone is back out and people have a spring in their step again. It's a big relief as many businesses will be looking to stay afloat, which could have been a struggle even if we'd had another month or so to wait.

It's obviously a boost for the Pattern as well and the races that are now able to be staged.

Hopefully we've turned a corner in terms of the health of the country which is still the main thing, but it's brilliant to be back racing again. It'll be another major step to allow owners to go racing again as they're the ones paying the bills but I'm sure it'll be a staggered start.

The quality of the racing on day one, like in England, is superb and it really is feast from famine.

There are eight races on day one at Naas and that's actually the maximum we can have on a single card which is a little bit different to the UK. Every horse has to have a stable and it can only be used once in the day - they can't rotate - so we're a little bit more limited in that respect.

There's a field size limit of 18 and, depending on the racecourse and the size of the stables, it will vary as to how many races can be staged. That could be different at the Curragh where so many trainers are based but the saddling enclosure will dictate.

I was in Naas last Wednesday to do a behind the scenes piece for Racing TV as they were having a trial day for the officials and people who have to attend from the IHRB and everyone else, and I must say the work that's gone into racing resuming is a massive undertaking. All credit to the team and the officials in charge as with the restrictions in place it could have been over-kill for them but I think they're covered all eventualities really well. 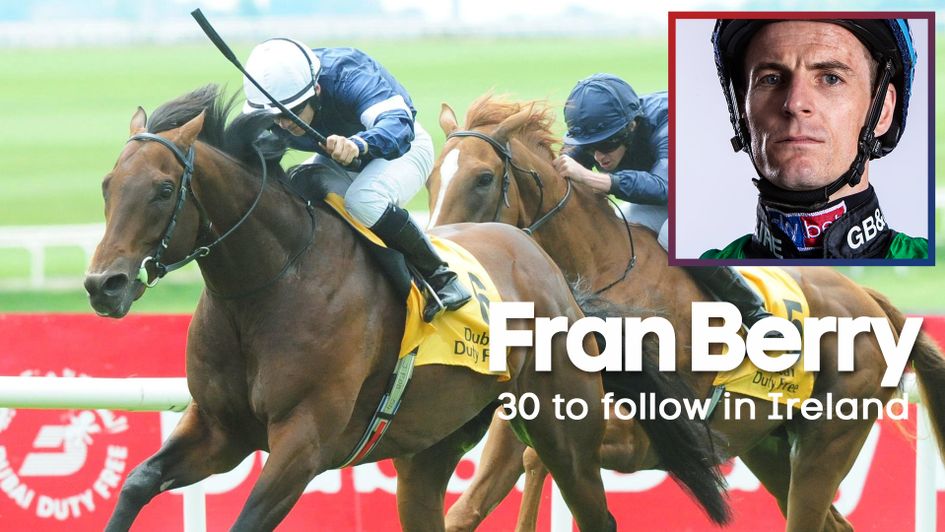 It's a good card as you'd expect and all the top stables are represented in the opening Irish Stallion Farms EBF Fillies Maiden. Aidan O'Brien looks like having the favourite in More Beautiful but Jessica Harrington has her first runner for Moyglare Stud Farm in Roses Blue and she's bred to be sharp, being a daughter of Kodiac.

They're both drawn high and by the end of last season that would have been considered a negative, for sure, but we'll have to see how it starts out as the bias wasn't as pronounced at the start of last year. It might not be much of an issue in the maidens anyway but I'd look out for that in the Listed sprints later on the card.

In the Irish Stallion Farms EBF (C & G) Maiden, O'Brien's Lipizzaner is the only one with a run under his belt and he created a very good impression on tough conditions first time out. That was the first day of the season and he's back on the second day after the 77-day enforced break.

He's a son of American Pharaoh and wasn't beaten far by Jim Bolger's horse who is reportedly in line for the Coventry Stakes. The extra furlong should suit him very well and, given his experience, it's hard to see beyond him.

The talk is that Ballydoyle have essentially turned Joseph O'Brien's yard - which was formerly David Wachman's - into a bit of a trial racecourse and with Wichita and Anthony Van Dyck running so well at Newmarket we can all see there isn't an issue in terms of fitness.

I've no strong opinion in either division of the Clinton Higgins Chartered Accountants Handicap but in the first division the horse that'll be favourite is Gee Rex, who starts out for Joseph O'Brien. If you go back to his two-year-old form he's a massive chance having come a long way down the weights. Last year clearly didn't go to plan but he's the horse to focus on.

The second division is tricky too. Yale is obviously unexposed for Aidan O'Brien and Inflection Point would be one of interest dropping to six furlongs. Lequinto is still unexposed and was an improver over the winter at Dundalk but it's a race to watch for me.

Summer Sands stands out in the Kuroshio At Compas Stallions Committed Stakes having left Richard Fahey and joined Joseph O'Brien for significant money. He put in a huge run behind Earthlight in the Middle Park and showed that was no fluke when winning at Redcar.

He's a three-year-old to follow for many and a very interesting contender here.

Pistoletto went close at Newmarket when last seen, Aligator Alley won at York last term and Nurse Barbara was sixth in the Cheveley Park. So there's a lot of strength in depth and it's a close one to call. This could be a good pointer towards the Commonwealth Cup and I'm sure Naas will be hoping they can get it upgraded from Listed to a Group race in the coming years.

The Listed Anglesey Lodge Equine Hospital Woodlands Stakes is another very good sprint, this one for older horses. Sceptical has got to transfer his Dundalk form from the winter and has to be respected. I'd like to see him do it on the turf before backing him, though, while Forever In Dreams ran a huge race in last year's Commonwealth Cup and also ran well in the Champions Sprint at Ascot.

She did take a run last year though and may benefit from the outing and Sergei Prokofiev has form to figure closely if on a going day.

But my first selection on the card is BUFFER ZONE at an each-way price. He won his first start for Ger Lyons last year, is still relatively lightly races (12 starts) and progressed from winning a good Curragh handicap last year.

His form is very strong and probably backed up too quickly when favourite for the Ayr Gold Cup six days after winning at the Curragh. Lyons expects him to improve again this year and I think he represents a bit of value.

My second selection is ELFIN QUEEN in the Irish Stallion Farms EBF Fillies Maiden. It's a very deep maiden and Dermot Weld's Tasalka has a rating of 89, only beaten on the line at Tipperary when heavy ground might have caught her out.

Abeona is interesting too for the Lyons camp but she's out in stall 20 which probably isn't ideal whereas Elfin Queen is drawn in three. Her run in Newmarket has worked out really well and I expect Seamie Heffernan to put her experience to good use.

It's currently good to firm and there isn't much, if any, rain forecast so the ground will suit the daughter of American Pharaoh. She could be beaten by a smarter filly but the set-up looks favourable and she'll be streetwise to take advantage.

I've not got a strong opinion in the Irish Stallion Farms EBF (C & G) Maiden. Paradiso has blinkers on for the first time and the well-bred Masteroffoxhounds (dam a full sister to Magician) has been transferred from Aidan O'Brien to Jessica Harrington having been bought but it's a watching brief. I wouldn't be surprised if a newcomer proved up to winning this.