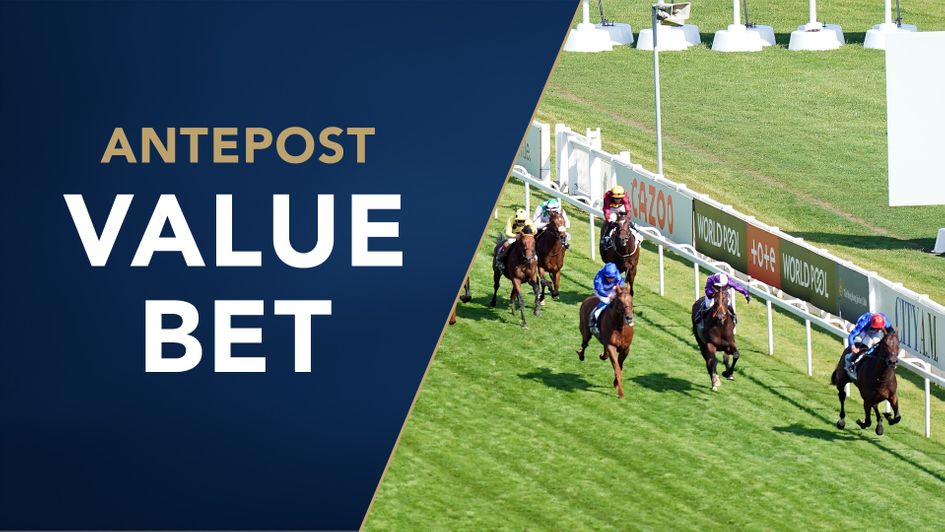 Fresh from tipping Coroebus in his long-range Guineas preview, Matt Brocklebank has two recommended bets at 25/1 for the Derby.

O'Brien and Appleby set to do battle again

Without wishing to belittle the first Classic of the season in any way, the Cazoo Derby trials began in earnest with the 2000 Guineas at Newmarket over the weekend, and if you’re on Luxembourg at relatively fancy prices then he clearly ran precisely the sort of race one would have wanted.

Despite missing the break, stumbling after a few strides and consequently finding himself near the back of the pack early on, Aidan O’Brien’s Camelot colt stayed on powerfully to claim third behind the Godolphin pair and he’s bred to enjoy every yard of a mile and a half this year.

He’s also not been missed by the layers and it’s clear the winter juice has now well and truly evaporated from his price at a revised best of 5/2. 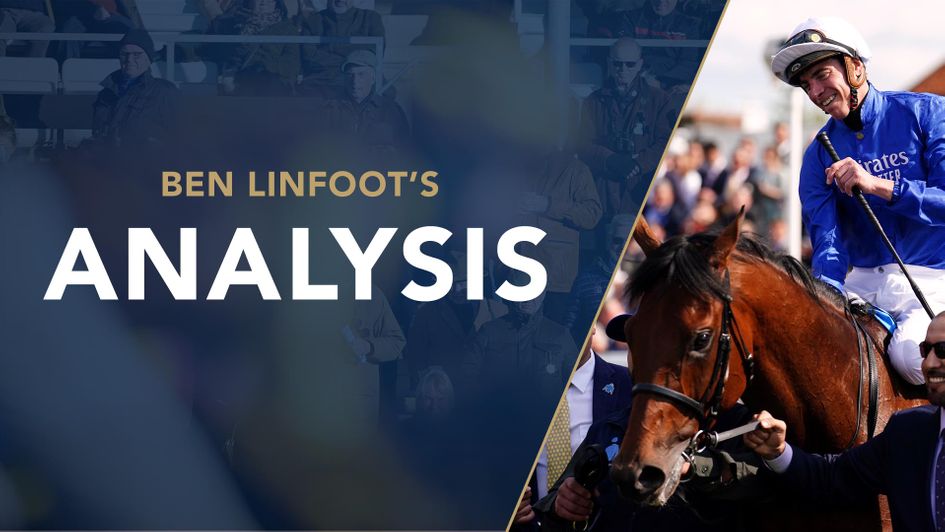 Stablemate Point Lonsdale, who was strong in the market under Frankie Dettori (11/2) in the Guineas, was a disappointment on Saturday and looked well held before being slightly hampered on his way to finishing tenth.

Attention now turns to whether O’Brien can unveil one or two more late-maturing Derby types at Chester, Lingfield, York, Leopardstown or elsewhere ahead of Epsom on June 4, although at face value the back-up to Luxembourg does look a little short on genuinely exciting prospects.

It wouldn’t be a huge surprise to see Blue Riband Trial fourth United Nations (50/1) improve a lot for his respectable comeback effort and give a better account over the thick end of a mile and a half at Lingfield this weekend.

It will also be interesting to see what Dundalk maiden winner Changingoftheguard (50/1) can do in Wednesday's Chester Vase, but he’s set to face the Charlie Appleby-trained New London, a son of Dubawi who won his maiden first time out in October and looked a real stayer when beating Aldous Huxley two and a quarter lengths in a 10-furlong novice at the Craven Meeting, with a further two and three-quarter lengths back to the third (stablemate Cosmic Desert).

New London is already a best-priced 7/1 - and shortening on the back of being declared for Chester on Monday morning - despite having zero Group-race experience but that’s the stage we’re at with the Appleby/Dubawi conveyor belt, so I wouldn’t expect to be getting much value in these long-range markets when it comes to anything from Moulton Paddocks. 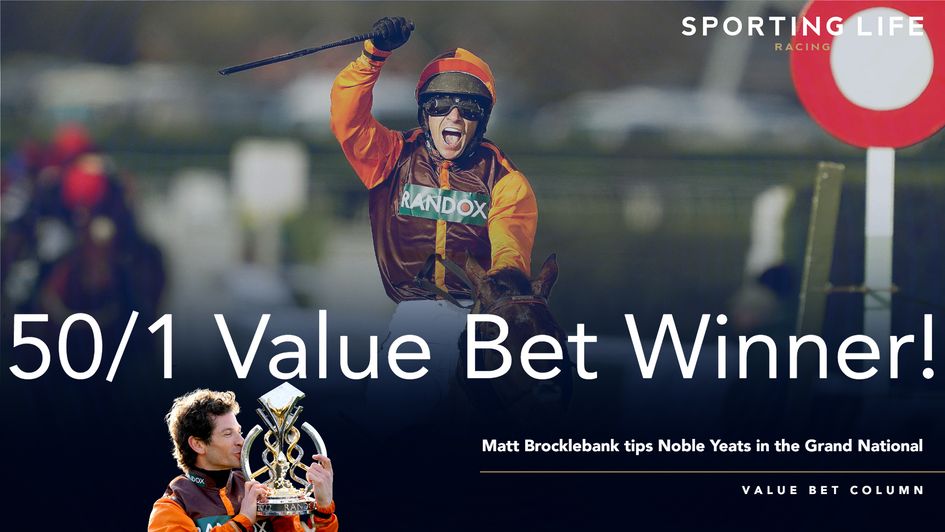 John and Thady Gosden are responsible for the current Derby third-favourite in The Queen’s Reach For The Moon (9/1) and he didn’t do a whole lot wrong in five racecourse appearances last season, his four-length Solario Stakes win probably just about the highlight.

The son of Sea The Stars surely didn’t achieve much – if anything – more than EL BODEGON in 2021, though, and at a general 25/1 it looks as though there’s a chunk of trainer snobbery factored into the betting.

El Bodegon provided his handler James Ferguson with a first ever Group One success when landing the Criterium de Saint-Cloud from (O’Brien-trained) Stone Age and (Appleby-trained) Goldspur, but Ferguson has only had a licence for four years so I won’t hold that against him – quite the opposite, in fact, as he’s evidently come a long way in a short space of time, admittedly having received plenty of backing, no doubt.

Perhaps Ferguson and one or two others looking to shake up the Newmarket establishment will hopefully take heart from George Boughey winning the 1000 Guineas and campaign their quality horses boldly, as the French Derby will be a temptation with this one.

Interestingly, Goldspur has already advertised the Criterium effort after a one-length third in the Sandown Classic Trial on April 22. That race contained the 2021 Derby winner Adayar last year and Goldspur, along with Sandown winner Westover and runner-up Cash, is not out of the Derby picture by any means just yet.

Joseph O’Brien’s recent Ballysax runner-up Buckaroo was back in fourth at Saint-Cloud so the form ties in reasonably well with the Irish crop as well and, having made steady progress all the way through his juvenile campaign after debuting at Windsor in early-July, I can’t help but think there’ll be lots more to come from El Bodegon this time around.

We don’t yet know if he’s trained on but he’s bred to improve with age as his half-brother Best Solution was winning the Caulfield Cup as a four-year-old, and that horse’s liking for a fast surface also gives hope that El Bodegon isn’t simply a soft-ground lover.

He’s obviously claimed his three wins to this point in the mud but did show a good bit of pace when beating a bunch of nice horses (including Hoo Ya Mal, Out From Under and New Mission) in the driving wind and sleet over seven furlongs at Sandown last year, and the suggestion is that he’ll start out over 10 furlongs in this Sunday's Prix Greffulhe back at Saint-Cloud, rather than the Dante Stakes at York.

In terms of what this horse has done on the track, he does look a touch over-priced and it’s hard to believe he was anything like a smash-and-grab two-year-old, so major improvement is possible. With a bit of luck the trial will go so well that connections can't resist Epsom as the ground is very rarely rattling fast on Derby day.

Elsewhere, the Gosdens also have 300,000-guinea Frankel colt Magisterial who will presumably be heading for a major trial after defying the penalty in good style in a 10-furlong novice at Leicester last month.

Frankie Dettori was able to dictate the pace as he wished which may have flattered the horse slightly but he successfully gave 7lb to well-touted newcomer Ruling Dynasty (another for Appleby, this one sired by Night Of Thunder), scoring by a commanding length and a half.

He’s been cut to 20s in places which looks short enough at this point, but he’s a horse with plenty about him and there won’t be any fears about staying the 12-furlong trip. 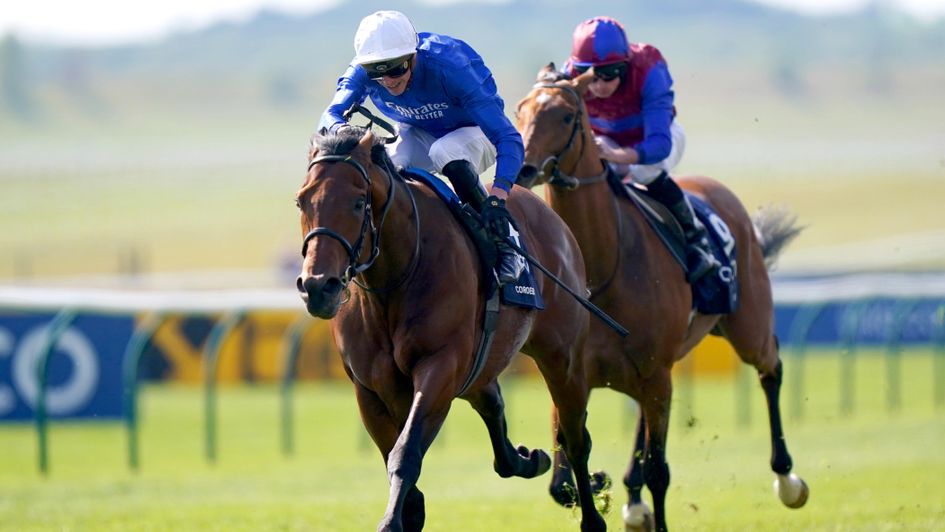 Coroebus was an Antepost Value Bet winner on Saturday

Another with the pedigree, the looks and a heap of untapped potential is Sir Michael Stoute’s DESERT CROWN.

A son of Nathaniel out of a Green Desert mare, his close siblings have mainly been speedier types but the sire is a fine influence for stamina and it looked significant he started out over a mile in one of the often-informative back-end maidens at Nottingham. This particular race has been won by top-notchers Mishriff and Space Blues in recent years.

He struck the front with the minimum amount of fuss after travelling strongly not far off the pace and although a touch green when initially tackled by the more experienced Schmilsson (second at Epsom recently off a mark of 83 and definitely one to monitor in handicaps going forward), he soon turned him away without Richard Kingscote needing to get serious.

Desert Crown is 28/1 for the Derby in a spot but 25/1 generally which looks perfectly fair. He's the sort of unexposed horse I’m happy to take a chance on at this stage against the likes of Luxembourg, and will add him to the staking plan ahead of a potential comeback later this month (Dante entry, though could realistically go more low-key route).