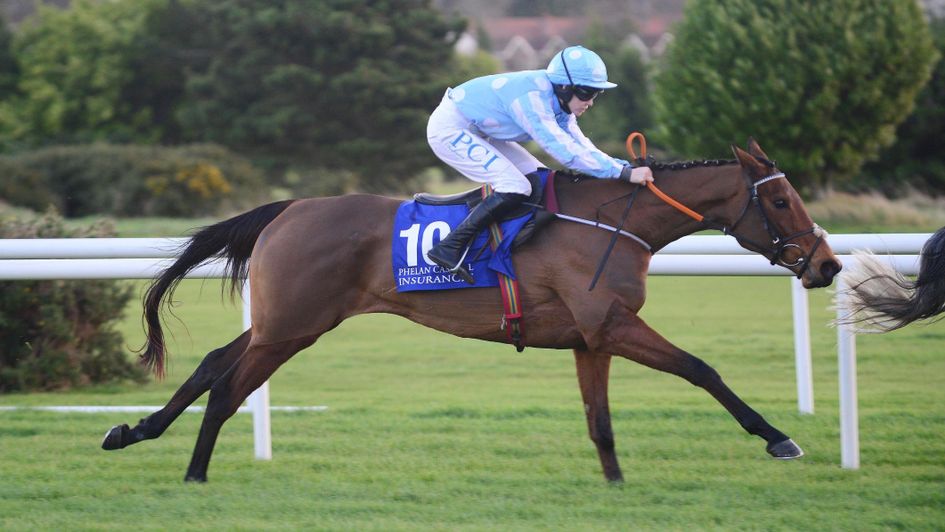 A decision on whether Honeysuckle will run in the Unibet Champion Hurdle or the Close Brothers Mares' Hurdle at next month's Cheltenham Festival is likely to be left "pretty late", according to her trainer Henry de Bromhead.

The daughter of Sulamani - who has excelled in the hands of Rachael Blackmore - extended her unbeaten record to seven with a battling performance in the Irish Champion Hurdle at Leopardstown at the start of February, and connections are in no rush to commit to which race she will contest in the Cotswolds.

De Bromhead said: "She's in both races and she'll run in one or the other. I'm only part of Team Honeysuckle and I think we'll keep all our options open and see how everything unfolds.

"She's in mighty form and I was delighted to win an Irish Champion Hurdle with her. She'd never been asked that sort of question before and she had to dig deep after a bit of a funny jump at the last - I thought she was really tough.

"She's such a good mare. The ground was better and the trip was shorter and she still managed to do it."

De Bromhead admits the possible presence of the Willie Mullins-trained Benie Des Dieux in the Mares' Hurdle may have an impact on where Honeysuckle ultimately lines up.

"Benie Des Dieux was really impressive over three miles on heavy ground in the Galmoy Hurdle the other day. This will be two and a half on who knows what sort of ground, but it's unlikely to be as heavy as it was in Gowran," the trainer continued.

"She's a brilliant mare and I think she's unbeaten when she's completed. It will be some race if they end up taking each other on, but we've got plenty to weigh up.

"We haven't really discussed it yet. I would imagine it will be a pretty late decision."

Honeysuckle is set to lead what will be a formidable De Bromhead squad bound for Prestbury Park.

Assessing the overall strength of his raiding party, he said: "Sizing Europe was beaten at Cheltenham at odds-on and Minella Indo won at 50-1 last year, so you never know what can happen, but I think you'd have to say it's the strongest team we've had going there.

"I'm probably a bit apprehensive. I feel very lucky to be involved with these horses and of course I'm looking forward to it.

"You want to get there and get your team there. It's easy to talk about it, now we've got to try to get some results."

Even if Honeysuckle does not face the starter in the Champion Hurdle, De Bromhead feels he has a live contender in Petit Mouchoir, who was only a length behind his more illustrious stablemate when third in the Irish Champion.

"There are horses in front of him in the betting that have finished behind him in the races. He's been a brilliant horse for us and is as tough as you can get," said De Bromhead.

"I don't see why any of the horses that have finished behind him should finish in front of him at Cheltenham.

"It looks an open Champion Hurdle and I think Petit Mouchoir has as good a chance as any."

Notebook heads the market for the Racing Post Arkle Trophy after landing the Irish equivalent at Leopardstown, while A Plus Tard is the clear favourite for the Ryanair Chase.

Other hopefuls for the yard include Monalee in the Magners Cheltenham Gold Cup, Aspire Tower in the Triumph Hurdle and Minella Indo in the RSA Insurance Novices' Chase.

De Bromhead said: "Notebook is in really good form and has obviously stepped up for jumping fences, which we hoped he would. He won the Irish Arkle, which was brilliant, and we'll see how we go. He seems in good shape.

"Monalee seems in good form. We've trained him for the Gold Cup since his lovely run at Christmas (second in the Savills Chase), where we were unfortunate not to win. He's got rock solid form and good form around Cheltenham.

"For Aspire Tower to fall at the last in Leopardstown the last day was disappointing and frustrating, but he's in mighty form and jumped well the other day.

"It's obviously not an ideal preparation, but he was so impressive at Christmas and as far as we're concerned he's going to Cheltenham at the moment.

"Minella Indo is in really good form as well. We had to miss Christmas because the ground was better than ideal and we went to the beginners' chase in Navan, which was great."

De Bromhead also confirmed Minella Melody on course for the Mares' Novices' Hurdle, Captain Guinness will run in the Sky Bet Supreme Novices' Hurdle and the Albert Bartlett is the preferred option for Cobbler's Way.

However, a decision on whether Red Mills Chase winner Chris's Dream will travel for either the Ryanair or the Gold Cup has yet to be made.

De Bromhead said: "We'll see with him. He had a tough enough race the other day and jumped a bit right.

"He's gone up to a rating of 164, so he's certainly entitled to go to Cheltenham. He's run to 164 over what I considered to be an inadequate trip, so we're definitely considering it.

"There's Aintree and Punchestown as well, so we'll see."