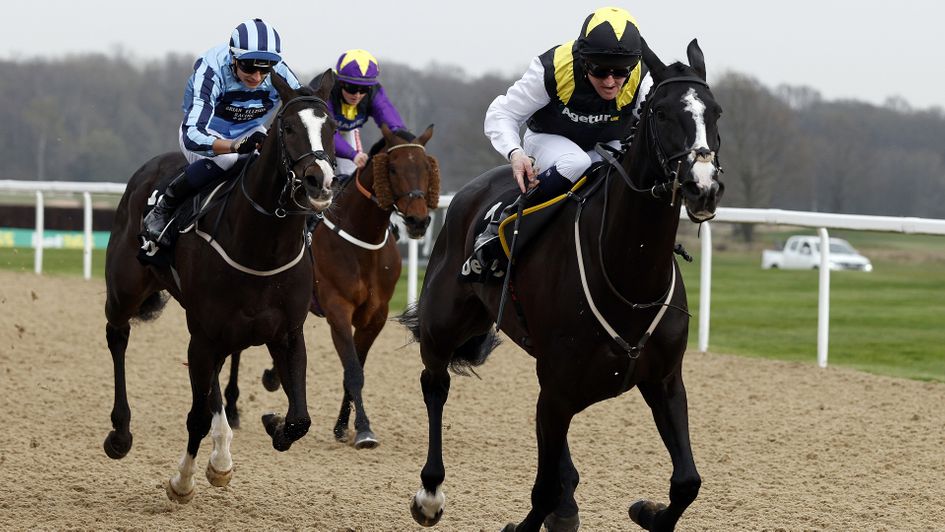 Onesmoothoperator (left) would be a popular winner of Saturday's Northumberland Plate

Brian Ellison on Onesmoothoperator ahead of Saturday's Northumberland Plate

Adam Houghton chats to Brian Ellison, who will try to realise a lifetime ambition with victory in Saturday's Northumberland Plate at Newcastle.

Based at Spring Cottage Stables in Malton, Brian Ellison has now been training in North Yorkshire for over 20 years, but it’s fair to say that he will always call Newcastle upon Tyne home.

The hugely successful dual-purpose trainer certainly doesn’t need a second invitation to go back there, his various horseboxes a common sight on the A1 northbound.

For context, Ellison has saddled more runners (425) and more winners (35) at Newcastle than at any other Flat racecourse in Britain since the start of the 2017 season.

Ellison is a frequent visitor to the National Hunt meetings staged at Gosforth Park as well, one of which provided him with a particularly memorable day when Sam’s Adventure won the Eider Handicap Chase in February 2021. 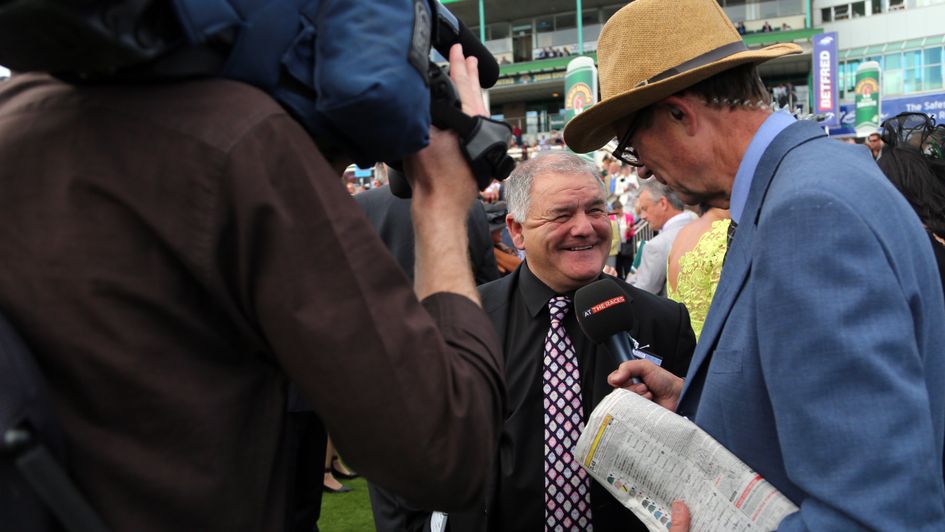 The Eider is one of the most prestigious races run all year at Newcastle, whether that be on the Flat or over jumps. It was first run in 1952 which, coincidentally, was also the year in which Ellison was born, so both trainer and the race itself had been going for around 69 years when Sam’s Adventure collected the first prize of nearly £44,000 for winning the 2021 edition.

The coincidences between Ellison’s birth date and the racing calendar at Newcastle don’t end there either. Indeed, it turns out that Ellison was born in Newcastle upon Tyne on 28 June 1952, the same day red-hot favourite, Souepi, won the Northumberland Plate.

Ellison didn’t divulge that nugget of information to me directly – I must thank the About Us section on the trainer’s website for that – but it’s clear from our conversation just how much he would love to win the Northumberland Plate, or the Pitmen’s Derby as it is popularly known.

“It would be nice to cross it off the bucket list,” Ellison admits. “We’ve come close to winning it before – we’ve finished second and we’ve finished third in it.”

Ellison certainly has come close before, pretty much as close as you can come back in 2016. That year it looked all over when Ellison’s Seamour quickened clear inside the final two furlongs, trading at the minimum price of 1.01 in-running on the Betfair Exchange, but he was worn down in the final strides as Antiquarium came from the clouds to win by a length and a quarter. 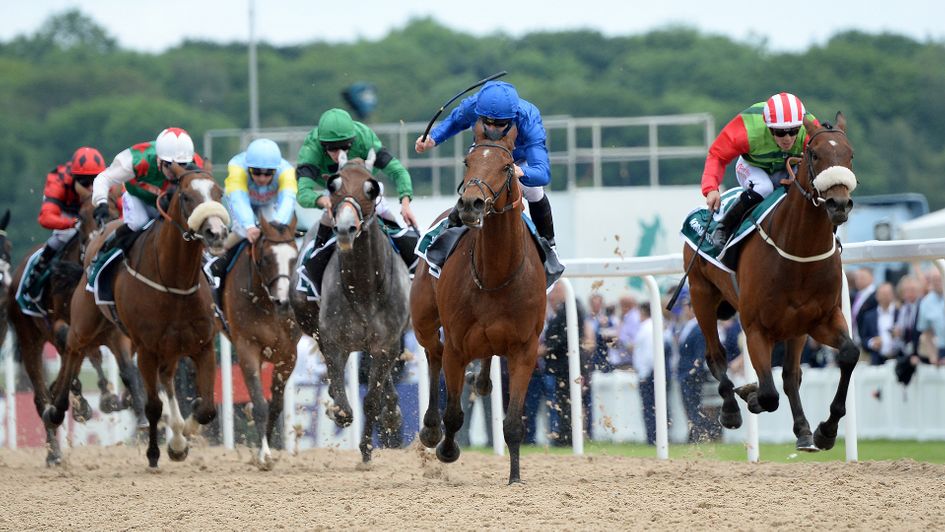 That was a defeat which clearly still haunts Ellison, who admitted as much whilst basking in the glory of Sam’s Adventure’s Eider success.

“I could see the other horse still going well, but when we jumped the second-last I thought we’d won,” Ellison said at the time. “Of course, he then blew the last and I thought ‘not again!’”

“Gut-wrenching” is the word Ellison uses today to describe the feelings he went through after coming so close to realising one of his biggest ambitions in racing before having it snatched away.

For any trainer, jockey or owner who suffers a near miss in a big race like that, part of the pain is not knowing whether you’ll get another chance as good as that, but Ellison is optimistic that 2022 could be the year for redemption.

Ellison has four entries in the Northumberland Plate at the five-day stage, three of which are perhaps unlikely to get a run. However, there are no such concerns for Onesmoothoperator, who is number 17 on the entry list and features in the top half dozen in Sky Bet’s ante-post market at 10/1. 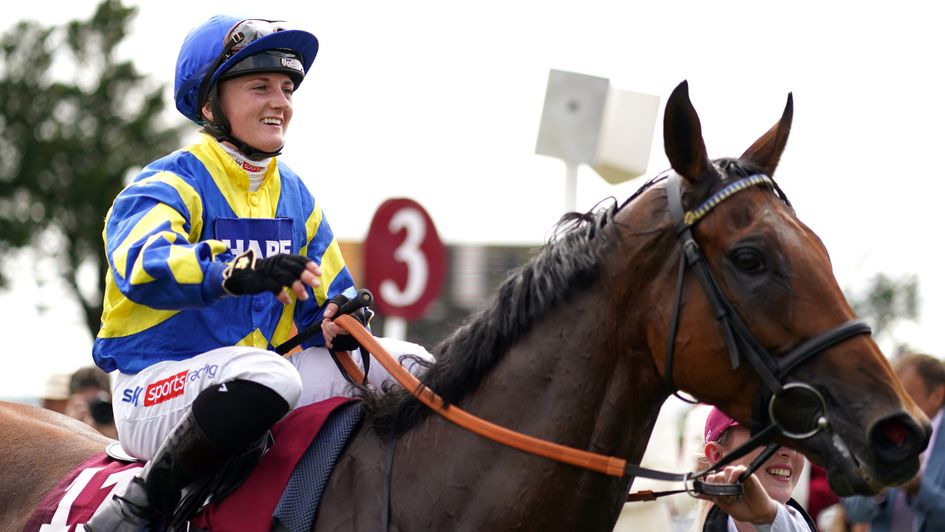 READ: Who will win the Northumberland Plate?

Onesmoothoperator is an improving sort very much in the mould of Seamour, or even Tashkhan, who delighted Ellison when finishing fifth in last week’s Gold Cup at Royal Ascot.

Seamour won his first handicap from a BHA mark of 85 before reaching a high of 104 in the year of his narrow Northumberland Plate defeat, while Tashkhan made his debut for Ellison from a BHA mark of just 70. He is now up to 115 and was beaten just five lengths in the most prestigious staying event in the sport on Thursday.

Admittedly, Onesmoothoperator hasn’t yet climbed as far or as high as that pair just yet, but the four-year-old has been a model of consistency since joining Ellison towards the backend of last year.

After registering his first success for the yard at the second attempt at Southwell in December, he was then placed on his next four starts, delighting Ellison in a sequence which culminated with a good third in the All-Weather Marathon Championships Conditions Stakes, staged over the Northumberland Plate course and distance on Good Friday.

“Onesmoothoperator is consistent, and he runs well at Newcastle,” Ellison summarised. “He’s gone up the weights a bit, but you can’t knock him – he’s been running really well.

“He probably ran his best race on Good Friday, because he wasn’t well-in with the first two. It was good prize money, that’s why he went there, and he ran really well to finish third.”

In his three starts in between winning at Southwell and running on Good Friday, Onesmoothoperator was twice turned over at short odds at Newcastle, including when beaten just a short head over this course and distance again in March.

That defeat had echoes of Seamour as Onesmoothoperator looked all over the winner throughout the final two furlongs but somehow lost out at the line to one who showed a good attitude to battle back.

Whether it was a lack of application or concentration that cost him, it’s hard to know, but it certainly wasn’t the biggest surprise to see him fitted with cheekpieces when he ran in a Listed event at York last time, albeit it wasn’t a race which taught his connections much.

Ellison explained: “I don’t think the cheekpieces made much difference to him at York – I don’t think he’ll wear them again on Saturday.

“It was a bit of a farce at York, they went very slow. And he had never run on grass, so it was a bit of an experiment to find out whether he’d go on it. He actually ran very well, and the handicapper put him up 3 lb for it.”

Onesmoothoperator showed borderline smart form at York, passing the post only four and a quarter lengths behind the winner despite finishing last of the six runners, and he is essentially 3 lb well-in in the Northumberland Plate given that he can race from his old mark.

If he is going to win a big handicap, then Ellison will he hoping desperately that Saturday is the day.

It would certainly be a deserved success for the horse, not to mention a hugely popular one for his trainer, for whom victory would bring to fruition a plan hatched in October when Onesmoothoperator was picked up for 65,000 guineas at the Tattersalls Autumn Horses-in-Training Sale.

Ellison added: “It would be nice to see him get his head back in front. He keeps going up for getting beaten – he was rated 81 when we bought him and he’s off 98 now.

“We had this race in mind when we bought him, so hopefully he can go close.”

Click here to view the full card for the Northumberland Plate