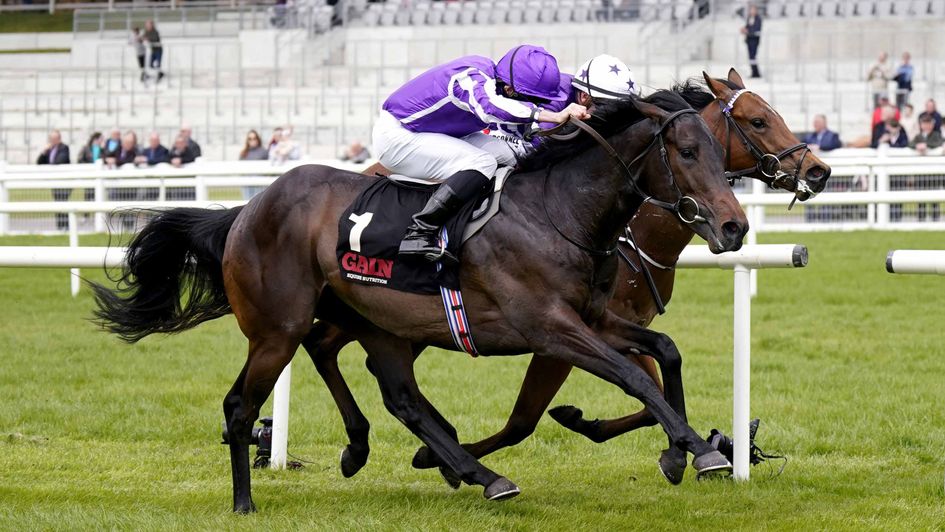 Blackbeard bids for a second Group One win

We have a tip, trainer quotes and key video replays for Saturday's Juddmonte Middle Park Stakes at Newmarket.

Marshman is afforded maximum respect but there must be a very strong chance the experienced BLACKBEARD simply proves too hardy and too classy for Karl Burke's colt.

The Ballydoyle first-string has taken his form to new levels since letting down favourite-backers in the Coventry Stakes, winning Group Ones at the Curragh and in France on his two most recent starts, and he'll take some passing if getting to the front under Ryan Moore. 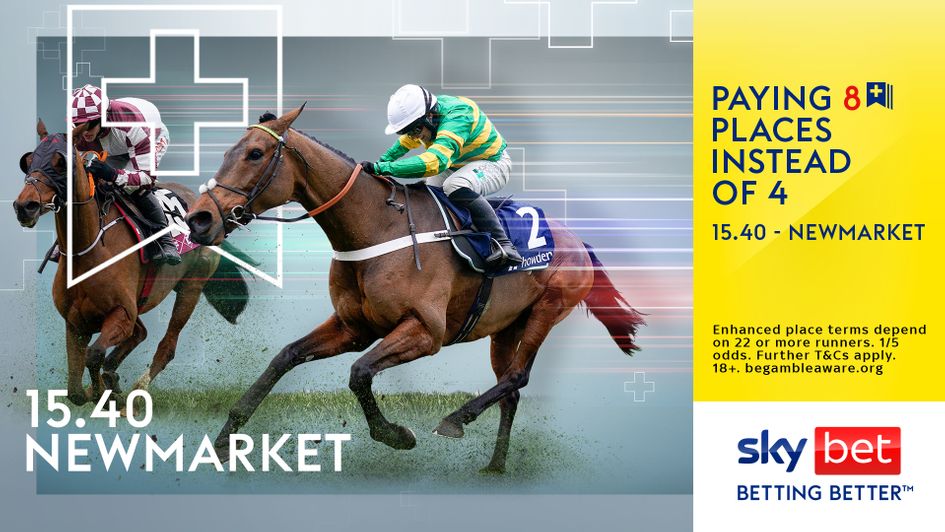 Specific Pace Hint: Prominent racers are usually favoured at this trip here and though the forecast pace is strong that might still not be enough to move the advantage away from MARSHMAN to the benefit of MISCHIEF MAGIC.

Individual Price Hint: MISCHIEF MAGIC seems likely to take up a position at the back so in view of how the race promises to develop could well trade much higher than Betfair SP as has happened before when successful. 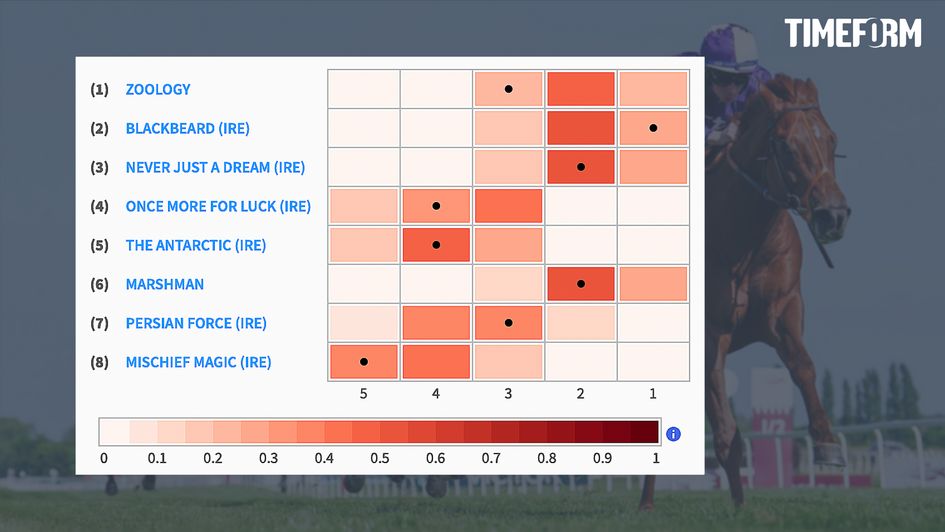 Marshman carries the hopes of Karl Burke in a fascinating renewal of the Juddmonte Middle Park Stakes.

The Harry Angel colt won his maiden at Ayr in July and then went on to rout a field of 12 in a Thirsk novice in August when coming home eight and a half lengths clear of his nearest rival.

Only a handful of days later he reappeared in the Group Two Gimcrack at York, finishing as runner-up behind Godolphin’s Noble Style after leading for much of the contest. After a gallant defeat, the youngster now does battle for Group One honours for owners Nick Bradley Racing and Elaine Burke, with Clifford Lee in the saddle once again.

Burke said: “Marshman worked very well on Tuesday and it’s all systems go. He’s in great nick. Obviously it wasn’t ideal running him in the Gimcrack just eight days after he won at Thirsk, but I felt he needed the experience of another run before going into a Group Two.

“We nearly pulled it off and hopefully he can step up again on what he did at York. It’s a good race, as you would expect, but we’re there with a good chance and that’s the main thing.”

Bradley purchased the colt for his partnership for £38,000, a modest sum for a Group performer, but his exploits on the track have left him at the head of the market.

Boosting the Gimcrack form is the subsequent success of Cold Case, third on the Knavesmire and then the winner of the Weatherbys Scientific £300,000 2-Y-O Stakes.

“The pressure is on now. When you buy a horse for 30-odd grand it’s not a lot of money, but when you’re favourite for the Middle Park, that’s a slightly different story,” Bradley said.

“The race on Saturday is something I personally aim for each year. He came out of the York race really well, there was a little bit of a bug going round Karl’s yard. He scoped dirty not long after York, but then he was grand.

Richard Hannon’s Persian Force makes his third successive Group One start, with runs in both the Phoenix Stakes and the Prix Morny seeing him come home the runner-up.

The Mehmas colt was defeated by Blackbeard in the latter and will cross paths with the Aidan O’Brien-trained colt again on the Rowley Mile.

“Blackbeard is a very good horse who probably beat us fair and square in France, but half a length is the sort of margin to have another go at him with,” said Hannon.

“We’ve everything to gain and nothing to lose. All of the horses in the race will have to negotiate the ups and downs of the Rowley Mile. This horse is very adaptive and very uncomplicated, he will probably be better equipped than most horses for that.”

The horse has been the ride of Rossa Ryan and though Frankie Dettori did the steering in Deauville, it is Ryan who will return to the saddle on Saturday for Amo Racing – owners he was formerly retained by and for whom he bids for a first Group One victory.

“Frankie said when he got off after the Morny that he is all about speed. We plan to use that speed when we go to Newmarket,” Hannon said.

“It would be lovely for Amo Racing. The sport has a way of rewarding people that are deserving at times like this and hopefully he will be able to do that. I would love to see him get his turn.”

Aidan O’Brien fields Blackbeard and The Antarctic, with the first-named colt in a rich vein of form after winning both of his most recent outings in the Morny and Prix Robert Papin. The Antarctic finished second to his stablemate in the Papin and third in the Morny, with O’Brien happy to let the pair take each other on again.

He said: “Blackbeard is taking on The Antarctic again, they’ve met a couple of times. Both are well, Blackbeard won his Group One in France last time out and The Antarctic wasn’t that far behind him.

“We’re happy with the pair of them.”

Charlie Appleby runs Mischief Magic, who completed his hat-trick in the Group Three Sirenia Stakes on the all-weather at Kempton three weeks ago.

“The way he quickened at Kempton and where he quickened from was visually very impressive and the clock backed it up as well,” said Appleby.

“He comes here in great order and he’s from a family we know well – they’re sprinters through and through. We respect the first two in the market, but he doesn’t look out of place in the line-up, that’s for sure. For me he’s blossoming at the right time – he looks a picture.”

James Ferguson is represented by Zoology, Qatar Racing’s Zoustar colt with a record of one run and one win. Ismail Mohammed’s duo Never Just A Dream and Once More For Luck complete the field of eight.