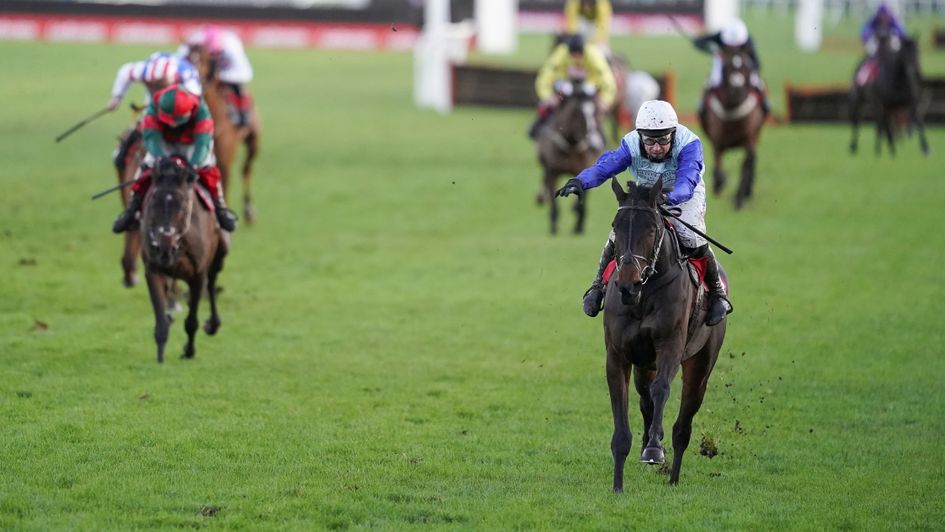 Ben Linfoot picks out five contenders for the Betfair Hurdle on the day the weights were released for the Newbury handicap run in February.

If Harry Fry commits Metier to the Betfair Hurdle then that Grade One-winning novice looks a likely favourite, but if he decides to go straight to the Sky Bet Supreme Novices’ Hurdle with him then the market leader mantle looks up for grabs.

Step forward Dan Skelton. He’s responsible for the second and third favourites in the ante-post book and while Champion Bumper fourth Third Time Lucki has plenty going for him, it’s stablemate CADZAND that really catches the eye with the Betfair Hurdle in mind.

The six-year-old qualifies with the lowest amount of hurdle runs possible with just three outings over timber under his belt, his latest win at Kempton on December 27 coming on his handicap debut, the short comments reading; held up in rear, going easily three out, kept on strongly, won going away.

He won as easily as it sounds and he did so in a race that the 2015 Betfair Hurdle winner, Violet Dancer, graduated from. His 9lb rise for such an easy victory at Kempton was by no means too harsh and he looks a classy improver from a top yard. And he has to be shortlist material.

Nigel Twiston-Davies has won the Betfair Hurdle in three of the last seven years and he has three entries this year; the 2017 winner Ballyandy off top weight, Saturday’s Lanzarote Hurdle 11th One True King and GUARD YOUR DREAMS.

I’d say the latter was his number one hope now and he fits the NTD Betfair Hurdle prototype in that he’s a lightly-raced novice and he’s bred to get further.

His latest run came at Sandown, too, a track that was the last port of call for three recent Betfair Hurdle winners in Agrapart, Ballyandy and Kalashnikov. Admittedly they all ran in graded races in Esher, whereas Guard Your Dreams was last seen winning a handicap.

He showed tremendous guts in doing so, though, winning in heavy ground after a good tussle with Friend Or Foe (also in the Betfair Hurdle off 2lb better terms), the pair 19 lengths clear of the third.

A source of frustration for punters and Jonjo O’Neill alike after notching up a winless run of 10 over fences, during which he was runner-up on five occasions, he finally got his head in front when dropped to two miles for the first time at Cheltenham in December – and he hosed up.

The form of that race is working out incredibly well, with the second, Ibleo, going on to win off a 3lb higher mark at Sandown, while the sixth, Capeland, came out and won at Wincanton at the weekend.

Now Jonjo has found the key to him – the two-mile trip – it’s fascinating to see he has a Betfair Hurdle entry back over hurdles, with his mark in this sphere 5lb lower than his new rating of 145 over fences.

He won that Cheltenham race off 134, so you can see the temptation of this race – especially when considering things like protecting his fencing mark ahead of the big two-mile handicap chases in the spring. Like I said, interesting. 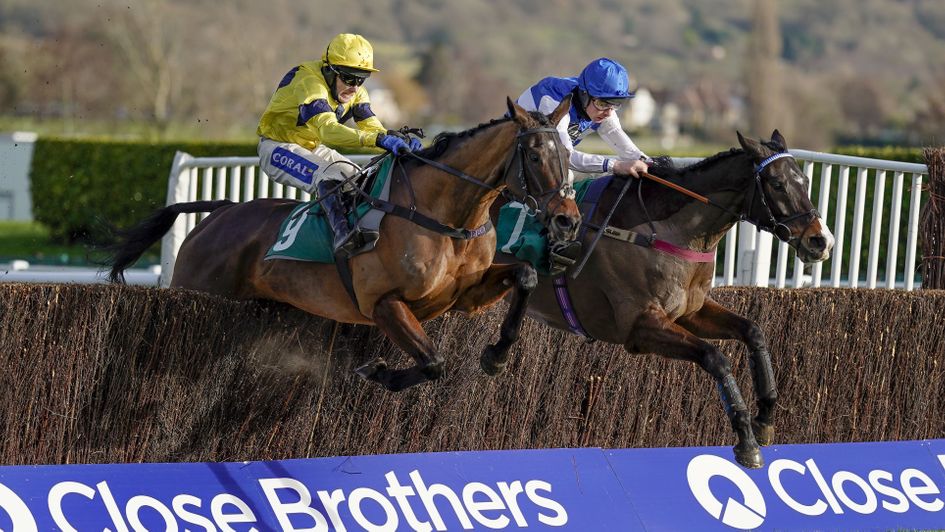 SOLO got a mention in this week’s ‘Weights & Measures’ after dropping 3lb following his Lanzarote Hurdle 12th at the weekend.

The bare result was disappointing, but he moved through the race like a good horse to my eyes and just shaped like he didn’t stay in a contest that didn’t work out ideally. I’m sure there will be other days for him and Harry Cobden looked after him once his chance had gone.

Now 16lb lower than the 157-rating he was awarded after landing the Adonis last year, he’s looking well treated off his new mark and a big-field two-mile handicap hurdle looks the way to go with him – hence the inclusion in this list.

The same connections won this race last year with a similar type in Pic D’Orhy, so they could be aiming to repeat the trick and they may as well go pot hunting with Solo before he embarks on an inevitable chasing career.

Gary Moore is another trainer with an exceptionally good record in the Betfair Hurdle after winning it three times with Heathcote, Wingman and Violet Dancer. His sole entry raises eyebrows.

FIFTY BALL is his only possible runner this year and he’s two from two in novice handicaps after learning his trade in a couple of Fontwell novice hurdles in the early part of the campaign.

He’s learnt to settle better and the form of his Ascot novice win was given an almighty boost when the horse that he beat a head, Straw Fan Jack, came out and won by 30 lengths at Aintree.

That suggested Fifty Ball was still well treated off 120 and he duly bolted up off that mark at Sandown last time out, accounting for Naizagai by 13 lengths when giving him 15lb – a horse who was subsequently a close second in handicap company at Wetherby on Boxing Day.

His form looks good, he’ll be at the foot of the weights and he’s trained by a man who usually targets this race with just this type of horse.