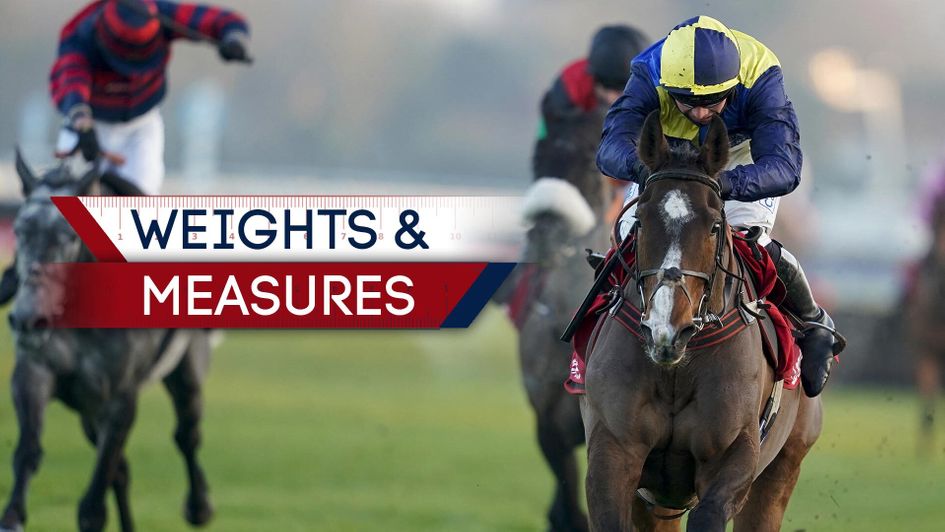 Boreham Bill went up 7lb for his Lanzarote win

Ben Linfoot speaks to Emma Lavelle and Graeme McPherson in this week's edition of Weights & Measures with the new marks of Boreham Bill and Ami Desbois discussed. 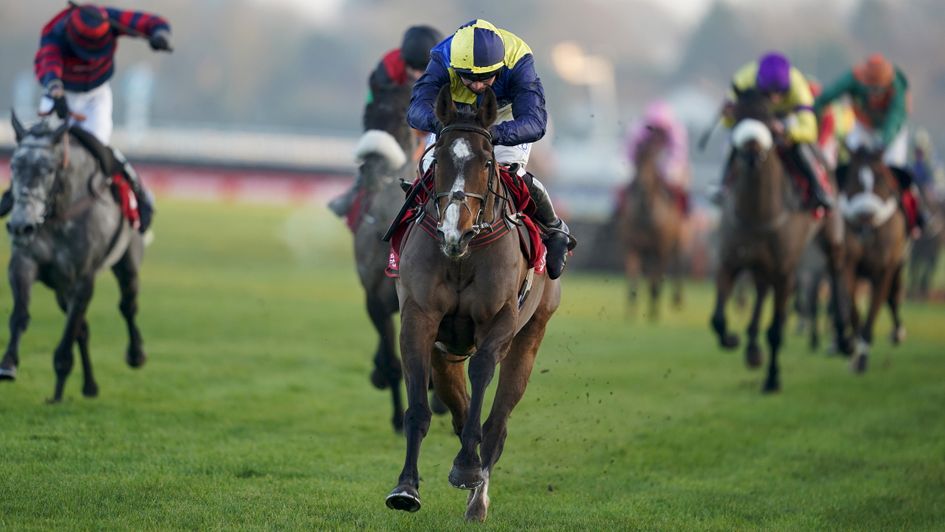 Emma Lavelle thinks the half a stone rise for BOREHAM BILL following his impressive victory in the Ladbrokes Lanzarote Hurdle at Kempton on Saturday was ‘fair’ and the Coral Cup could be on his agenda at Cheltenham in March.

The nine-year-old’s second crack at novice chasing was aborted when he returned to hurdles at Kempton in November, where a mistake at the last saw him lose the lead and eventually finish third, beaten a nose and a head.

A drastic market drift on Saturday, perhaps a product of SSSS (Stable Second String Syndrome) with the keen-going stablemate Shang Tang going off at 10/1, saw him go off at 66/1, but he belied those odds with a comfortable two-and-a-quarter-length victory under Ben Jones.

“And he won it with his ears pricked,” said Lavelle on Tuesday, “which was a fair old effort in a race like that.

“The pace of the race played to Bill’s strengths and he won it well, but I think going up 7lb was fair.

“He had a canter this morning and felt great, he was fresh and well, so in that respect I think it was a great race for him both mentally and physically.

“I think the Coral Cup has to be an option in our minds.”

A strong pace and an intermediate trip look ideal for Boreham Bill on Saturday’s evidence, so the Coral Cup is an obvious target, and a rating of 139 would’ve seen him in the field last year when the bottom horse was rated 138.

He is also qualified for the Pertemps Final over three miles, but it looks unlikely that Lavelle will steer him down that route.

She said: “He is qualified for the Pertemps, but I don’t think he has ever really been a three-miler. He’s a strong travelling 2m5f horse rather than one who gets a three-mile trip.

“It was coincidental that he qualified really, it just happened to be a 2m5f Pertemps Qualifier that he ran in rather than ‘great, let’s get him qualified for the Pertemps’.”

Lanzarote flops to bear in mind 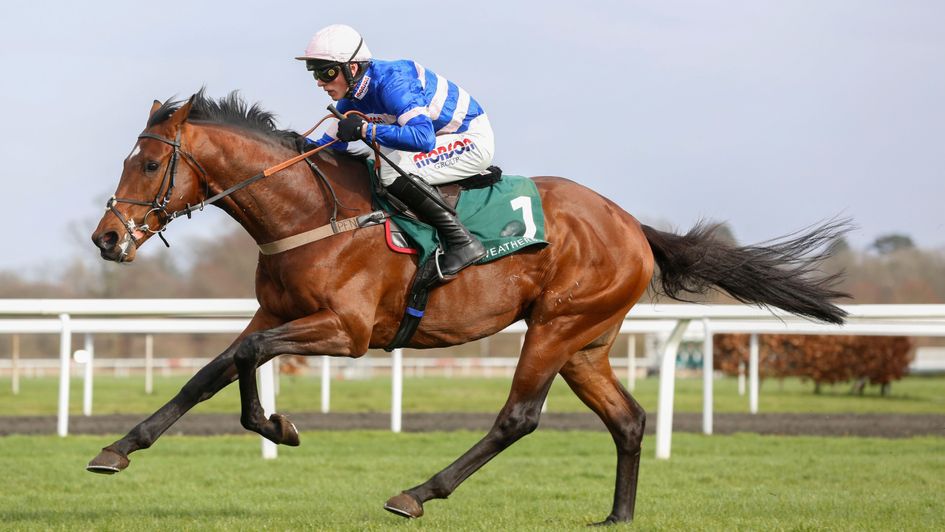 The bad news for Boreham Bill is that Lanzarote Hurdle winners don’t have a great record at Cheltenham when trying to follow up in the same season.

Since the distance of the Kempton race was increased in 2007, nine Lanzarote winners have run at Cheltenham two months later with none winning. Michael Flips and Modus both ran in the Coral Cup and finished fourth and sixth, respectively, and they were the best results, while William Henry won the Lanzarote and followed up in the Coral Cup… 14 months later.

However, the Lanzarote also-rans have a better record.

Clearly, it might be worthwhile keeping an eye on some of those that were falling out the back of the tele on Saturday and I’ve picked out two that might be of interest.

Firstly, SOLO, who could well have a big two-mile handicap hurdle in him. I’m thinking Betfair Hurdle – which he has an entry for – or the County, as a strong gallop at two miles looks the best-case scenario for him on several pieces of evidence.

They went hard on Saturday and Solo travelled well off the pace, but he was too far back to make any impact and Harry Cobden went easy on him once it was clear he wasn’t going to stay on and get in the money.

There will be other days for him. It’s less than a year since he was second favourite for the Triumph on the back of a 13-length win in the Adonis at Kempton and he was rated 157 after that.

A further 3lb drop after his Lanzarote 12th takes him to 141, so, even if he was overrated after the Adonis, it could well be that Paul Nicholls has a seriously well-handicapped horse on his hands. It could be he needs slightly better ground, but watch out for him wherever he goes.

THE CASHEL MAN wouldn’t be quite as exciting a project but he’s also down 3lb and is worth noting.

He finished a place behind Solo on Saturday but was beaten much earlier and didn’t show much at all. However, he does need better ground, he also needs further and he’s dropped 9lb in the weights this season.

Beaten a length-and-a-half by Thyme Hill in the Challow just over a year ago, it won’t be the greatest surprise if Nicky Henderson finds the key to him in the spring. 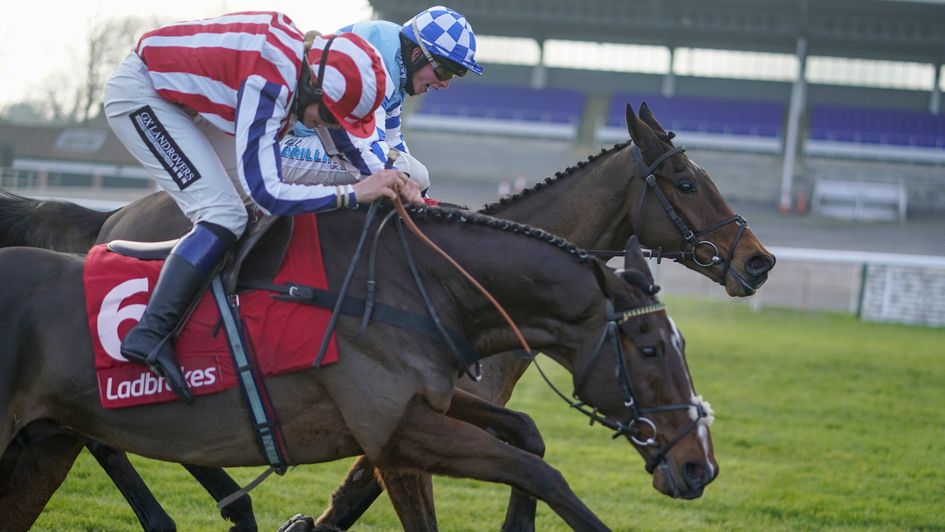 Ami Desbois is just beaten by Double Shuffle at Kempton

The Randox Health Grand National could be on the agenda for AMI DESBOIS after his heart-breaking defeat at Kempton on Saturday.

Second in the Ladbrokes Committed To Safer Gambling Handicap Chase won by Double Shuffle*, the 11-year-old might well have won but for his usually dependable jumping letting him down at the final fence.

After going up 4lb to a career-high mark of 145 trainer Graeme McPherson would be well entitled to curse his luck, but, far from it. It simply means he might go for the Grand National.

“A couple of years ago he had a Grand National entry and he didn’t get there, because he was too low in the weights,” McPherson told me on Tuesday.

“This year he’ll have an entry and I think he’ll get in. Last year 142 got in, the year before 143 got in, so he should get in. He might not even run again until after the weights are published.

“He stays three miles no problem, jumps for fun and he’d be a really fun horse to give the syndicate a National runner.

“When we had him entered up a couple of years ago Kielan Woods was absolutely adamant he would love the Aintree fences, as he jumps anything and loves jumping anything, so he could have a wonderful time up there.

“Depending on what the top weight is he’ll be down the bottom of the handicap with no weight on his back, I think he’d have a great time.”

Before then Ami Desbois could look to exploit his relative lack of miles (in recent years, anyway) in veterans chases and McPherson believes he can win off his new rating in such company.

“He’s got options,” McPherson said. “There are a couple of veteran races in February, but he always used to love really soft ground and these days I do think, as Kempton proved, a slightly better surface is what he wants, so I’ll just pick the right race when it comes up.

“Even with his 4lb rise I think he can be competitive in veteran races, simply because at that age there are no improving youngsters in the race.

“He was a 140-plus hurdler and we always thought he’d make a better chaser, but because of his problems and such he’s never been quite able to show his potential, so, although he’s probably rated towards the top of his game I don’t think he needs to come down in order to win.”

Meanwhile, McPherson was delighted that his hat-trick seeking EXPLOITEUR was left alone by the handicapper after another good run in third behind Storm Arising at Chepstow.

“I was pleasantly surprised that the handicapper left him alone on 129 as I was worried he might just tip us over into the next bracket up,” the Gloucestershire trainer said.

“I think he’s got another race in him off that mark and I’m just praying we have a wet spell now.

“We’ll probably go for a nice wet-ground handicap somewhere where it’s going to be hard work for everyone.”

If you are concerned about your gambling, please call the National Gambling Helpline on 0808 8020
133, or visit begambleaware.org.